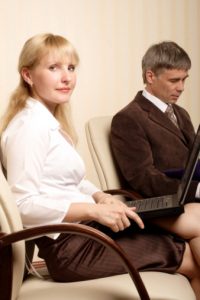 Are there times when you don’t feel that your partner has the capacity to truly love you?

Are you often disheartened that your partner seems to focus on what you have done or not done, rather than care about your experiences?

Maybe you had a similar experience of ‘love’ from a parent, who never seemed interested or joyful in your company, let alone genuinely into whatever was exciting for you.

You know that feeling, when you long to share your joy or sadness, but instead of tuning into you and being happy with you and for you, the interaction switches to being about what they are needing from you. And, its not until you fulfill that need that you are ‘loved.’

The capacity to truly love – allowing your partner to feel free to be who they are without guilt, shame or fear of consequences

This was the situation when Jackie a 33-year-old personal assistant to a company CEO first called me. She felt very torn between ‘loving’ her husband Matt, a 31-year-old property developer, and wanting to leave in order to feel truly loved with someone else. Jackie told me that unless she was focused on Matt all the time when they were not at work, he accused her of not caring for him, and not behaving as she should within the marriage. He felt very anxious and threatened when she was with friends, or taking part in her hobby which was dance lessons and competitions.

She didn’t feel loved for herself. In fact she felt that she had to turn herself into whatever Matt desired in order to get any affection, consideration and or attention of any kind.

The first component and often the most important one in being able to truly love your partner is to:

Matt was brought up in a home where his mother idealized her youngest son, making Matt fight to get attention and feel loved. So for him he had to perform in order to get loved in a way that felt satisfying to him. His parents focused all their attention on the family, had few friends and socialized rarely. So for Matt, love = doing and being only with family. He wasn’t encouraged to be his own person, or to fulfill himself for his own fulfillment. Everything he did was for his parents, in order to get their love and attention. His parents didn’t have the true capacity to love, and Matt wasn’t aware that he was missing the capacity to love.

When he met Jackie it was like a release from jail. Jackie fawned over him, making him feel so special that it made up for all the disappointment of his earlier life. He didn’t have to work to get attention and love. It was freely and profusely given without condition. Or so it seemed. He was on cloud nine, married Jackie and for a short time he had everything he wanted.

But soon, Matt became uneasy. Jackie stopped focusing all her attention on him. She started attending to her career and when he was away on business trips, she developed friendships and a social life that threatened him when he was home. Jackie had grown as a human being, attending to parts of her that she had previously ignored in order to have a secure relationship with Matt. After all, her mother and father had a strange and distant relationship, which she had felt obliged to maintain. To Matt however, her growth and development meant losing his treasured prize of exclusive attention. Matt didn’t have the capacity to truly love that involved being glad for Jackie’s growth. Instead of enjoying it with her, he saw it as a betrayal.

Matt’s lack of capacity to truly love made it impossible for him to revel in her life as a woman, mother and career woman – because he felt that it deprived him of her care and attention. Matt’s lack of capacity to truly love meant that he couldn’t enjoy Jackie just as she was, vibrant and participating in all that life had to offer. He was so angry that she had a life outside of him that he began to restrict her and make her feel guilty about having a full, normal and healthy life. Matt’s lack of capacity to truly love meant that he couldn’t join Jackie in exploring her goals and aspirations. You see, Matt didn’t have any goals or aspirations of his own. To him he wanted a wife like his mother who doted on one person ( like his mother did with his brother) and he thought that he had found it, and so there was nothing left in life to do other than to hang onto it as a possession that must be guarded at all costs). Without the capacity to truly love Matt couldn’t allow Jackie to be who she was and continue her self-discovery, nor could he develop his own potential. By stopping his growth, he had to stop hers. Otherwise they were doomed as a couple.

When Jackie protested and went out with friends and pursued her career, Matt became jealous, suspicious and perceived everything outside the home as a potential enemy. He was in competition with the the world outside and he had to “win.!” He berated her for not being her old self, and demanded that she revert to the Jackie he once loved and trusted. In order not to rock the boat and to maintain some security for herself, Jackie would promise to be more attentive, but it was a momentary appeasement. In reality she felt hemmed in, suffocated and fearful. There was no room for true love on either side. They experienced real couples communication issues.

What about Jackie’s capacity to truly love?

Jackie too lacked some capacity to truly love Matt for who he was. She was using their relationship as a means of security so that she wouldn’t have to face the same problems her parents endured. She was not working with him on their individual and joint goals, but instead using the relationship as a stepping stone to launch her own life which had been put on hold due to her parents unhappy marriage. Perhaps she couldn’t find the capacity to truly love him, given Matt’s insistence on suppressing her growth for his comfort and security. But what she could do it is to work  on her ambivalence about the marriage.  Does she just want one that is different from that of her parents, or does she want to experience a relationship that offers her a chance to feel secure and be herself? Finding more personal security would reduce her dependence on Matt. That would give Matt a nudge to work on his dependence on her to make him feel special, about possessive love and how it was spoiling his chance of happiness.