Dependency in relationships is a necessary feature of bonding and attachment. One of the most important parts of a strong and lasting romantic connection between couples is the creation of a healthy and mature dependency in the relationship.

Fear of Being Used Prevents Mature Dependency in Relationships

Many individuals and couples come to therapy because they are struggling with an immature dependency which makes the relationship unstable and scary. For example Jose a client in his thirties complained of a lack of closeness between him and his wife. He longed for her to take care of him when he was down, ill or conflicted about something. But each time she reached out he would refuse her offers, fearful of having to pay the price of it later. He anticipated being made to do extra child-care duties, or have his current difficulty used against him in the future. Any care that came from his wife became dangerous rather than comforting. Better to protect himself by denying his natural dependency feelings that would have soothed him and brought the care he yearned for. Jose was stuck in an immature unsatisfying fearful dependency, that made it impossible for the couple to express freely.

Expectation of a Self-serving Partner Prevents Mature Dependency in Relationships

The thought of asking his wife to massage his neck and back when he was in pain, or to discuss his problem at work made Rudy cringe in disgust! “She only does it for herself, not for me!” he would tell me in my therapy office. “She just wants me to let her buy that expensive handbag that she won’t use!” Other times he would say with resignation that even if he let massage him she would do it as a way of paying lip service, not with care about his pain. He wished he could share his awful dilemma at work with her but he imagined that she would twist his words and tell other people, making his look bad. Rudy stopped himself from experiencing a mature dependency in his relationship because he couldn’t trust in a genuine connection with his partner.

Twenty-one year old Meara had always looked out for her mother from her earliest years. She had protected her mother from an out of control brother who was a constant source of stress. Meara was always there to comfort and care for her mother when her brother caused havoc and threatened suicide. Now on her entry into adulthood, and her brother living on his own, Meara longed for recognition and reciprocity for years of care she had willingly given her mother. She tried to get it by putting herself in situations that would evoke concern in her mother that might lead to care and comfort. But the way her mother responded felt hostile, aggressive and self-serving. Meara was scolded for being childish. She was made to feel like a nuisance and a disappointment to her mother. Furious that she didn’t get to have her chance at depending on an emotionally available mother, Meara went to the other extreme. She squashed her natural dependency needs and became entirely self-sufficient. She became an armored, defensive person cynical of any kind of care from her mother and brother. Unfortunately it went with her into her romantic relationships where she continued her stance of being the carer, dying to be cared for but too wary of allowing it. She was blocked from enjoying the full capacity to love, by not developing a mature dependency in relationships. 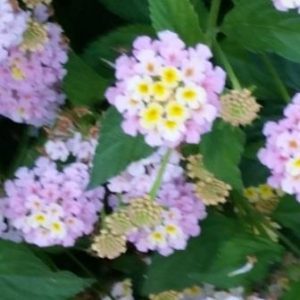 Pretense of Care From Loved Ones Prevent Mature Dependency in Relationships

Divorced 45-year-old daycare teacher Zoe fantasized about a romantic relationship where she could depend on her partner to be with her as her companion and rock. She felt so let down all her life, beginning with her mother disappearing into long spells of depression, abandoning her little daughter. Her grandmother would sometimes take the kids for a special ride in the car to go shopping and get an ice-cream. When she was selected for this treat it was so relieving. She could finally depend on a caring adult to ease her fears about having no mom and not knowing if or when she might expect a mom again. But riding in the back seat of the car, her grandmother asked Zoe to massage the back of her neck. Zoe’s heart sank. It was no longer about being taken of; now the tables were turned, and she had to take care of her grandmother. Her trust was broken, and her initial joy at being cared for became an awful burden of slavery. A massive betrayal! Zoe wasn’t able to develop a mature dependency with her husband and the marriage broke up. In therapy Zoe learned that she was now in a co-dependent relationship with her preteen son, but worked hard to change it to make it healthy and more mature.

“I don’t want to depend on anything!” was a statement often addressed to me in therapy by 37-year-old Marcus. He was starving for connection, for understanding, for acceptance and for his partner to be joyful in his company. But he refused to allow himself the opportunity to get it. Any time I demonstrated emotional availability when he was suffering, he cut off contact and then came back into session complaining of his sense of having to bear overwhelming distress alone, and that it was “killing him!”

Trust and reliable care was broken for Marcus at a very early age when he was weaned at a few weeks of age. He couldn’t risk depending on carers to take care of his most basic needs. When he was bottle fed or attended to if he cried, it was with anxiety, as if his discomfort was an unwelcome interference in his mother’s life. Attempts to comfort him were more about his carers doing the right thing than about making him feel better and safer. So growing up Marcus developed a fear of dependency, and tried to manage his hunger for care and appropriate dependency through his symptoms of anxiety and panic. 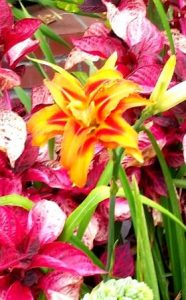 What Gets in the Way of These People Establishing Mature Dependency in Relationships?

The Road to Building Mature Dependency in Relationships

Begin the journey towards trust in those who chose to love you in adulthood. Those who choose to love you aren’t obligated to do it. They do so because they feel for you and want to comfort and care for you in a mutually reciprocal way.

It’s a long and winding road, but it’s possible if you work on recognizing the source of your fears that keep you locked into insecure dependent relationships that are immensely unstable. It involves taking off the armor slowly and steadily. Instead of

Learning how to relate with a caregiver whose sole focus is on acknowledging, recognizing and addressing your needs is your best bet. That means establishing a relationship with a therapist who offers a safe non-intrusive consistently reliable relationship. You will learn to learn about your appetites and learn to manage and control them in line with developing the readiness for a mature dependent relationship with a romantic partner.

Save your marriage by letting in your partner’s support

How to tell the difference between feeling needy and being dependent

7 ways to deal with feeling needy in relationships