Freedom in Relationships is a Sign of Real Love 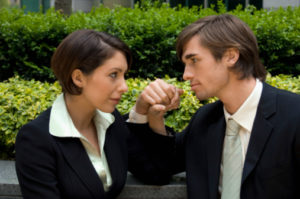 Are you startled by the idea of freedom in relationships?

Does your heart start pounding with fear or excitement?

Giving your partner freedom in a relationship is a critical feature of a successful, stable and fulfilling connection. If you are scared by the idea, then you may be imagining the insecurity of having an ‘open marriage’ where you can have other sexual partners, affairs or abdicating and abandoning duties and obligations. If on the other hand you reacted to the idea of freedom in relationships with a flutter of excitement then you are likely to be imagining exploring interests, values and views that reflect your personal growth and maturity. You may also be soothed by the idea of not having to spend all your focus and attention on taking care of your partner’s needs by sacrificing your own.

Let’s take the example of Jodie a 45-year-old wife, mother and self-employed woman.  She expected that her husband Sunil should always want to go out with her and her family; always thrilled at the process of having them in his life.  She was furious and felt betrayed if he ever chose to go out with his work colleagues instead.  Jodie experienced it as a non-loving choice.  She also expected that after her efforts to get her daughter into an exclusive girl’s school that Sasha would play, enjoy and win on the basketball team. Imagine how angry she was when her daughter broke her wrist during a game, and scuppered Jodie’s rule based expectation. There was little freedom in either relationship to have separate feelings, wishes or rhythms from Jodie because she took it as a betrayal of their duty. Sunil eventually had an affair. He didn’t want to separate from Jodie but she insisted that they get divorced because he broke the rules. She suffered years of angry depression and misery because she wasn’t able to understand the signs that Sunil needed more freedom to become a man who wanted more autonomy to feel capable. Jodie had always taken care of the house, kids and finances. He had few responsibilities, but in return Jodie ensured that there was little freedom in the relationship for him to mature and do his fair share. This is a co-dependent relationship gone sour. When Sunil was ready to break out of the co-dependency she couldn’t tolerate it and the relationship collapsed. 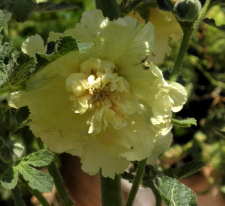 What if Jodie had seen the signs that Sunil was ready to grow and handle more responsibilities?

What if she had made room for his development and celebrated it rather than curtail the freedom in the relationship and end up without a husband?

First, she would still be married and retained her lifestyle and standard of living which was shot to pieces after the divorce. Second Jodie would have had a hand in fostering Sunil’s path to be more comfortable as an adult such that he could take over some of her duties and they could shift to a more equal place. Third, she may have got time and space to develop her business and feel more accomplished. She might have been able to pursue hobbies of her own and become a more rounded individual.

It wasn’t until several years later that Jodie realized what she had missed out on. In individual counseling she realized that her wish to direct the trajectory of Sunil and Sasha’s personal development by limiting the freedom in the relationships had caused her immense loss and a feeling of aloneness.

Freedom in relationships isn’t a free pass or a blank slate to ride rough shod over your loved ones. But those partners who restrict the freedom in relationships believe that they are setting themselves up to be hurt if they loosen up. As you can see from Jodie’s case she was the one who lost out in the end.  Both her husband and daughter had to make space to become their authentic selves. Since Jodie experienced their move to grow as a shift away from her, she forced them to act in ways that got them their freedom by pushing her away.

Freedom in relationships is setting your loved ones free to develop themselves in their own way, with your support and encouragement. They  are much more likely to feel loved and want to stay around when you do.

The art of loves involves fluidity