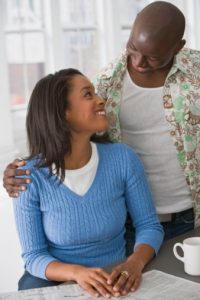 Are you regularly building trust and intimacy in your relationship?

If you have a lot of conflict, then you haven’t built enough trust and intimacy.

If you are not relaxed with each other, you have a way to go to build trust and intimacy in sufficient proportions to let go of the tension and anxiety.

If you don’t have much fun with your partner, you probably don’t have a reservoir of building trust and intimacy to allow for the guard to come down and fun to emerge.

Maybe you feel that your partner is there for you when you are down or dealing with something touch, but yet there isn’t that sense of safety where you can trust that you don’t have to be watching out or being perfect.

Research shows that it’s not enough to have a supportive and comforting partner when you are stressed or having a bad time. It’s just as important if not more so to have a partner who responds to good news and your excitement about the future in an active and constructive way. A study reported in the Journal of Personality and Social Psychology, found that when partners got involved in each other’s good experiences, they built trust and intimacy. Couples who were actively participating in each other’s good experiences had more fun together, reported fewer conflicts and had a greater sense of well-being than those couples where partners were passive listeners or destructive in their comments.

Let’s take the example of Jay, a 35-year-old print shop owner and his wife Jessie, a 34-year-old sales rep for a cosmetic company. They came into couples therapy because they were at odds with each over small things, living in an atmosphere of tension and irritability. They experienced each other as enemies, not trusting each other at all. They avoided being alone together, yet longed for a safe, trustworthy connection where they could feel emotionally close and intimate.

Witnessing their interactions in my therapy office I noticed that when Jay shared an idea about a weekend away together on a hiking trail with a spa facility nearby, Jessie would say “oh, okay!” and leave it at that. When Jay tried to engage her with details of the hotel, the nature trail, the bike riding and so on, once again Jessie responded with “sounds good.” Her passive responding, just acknowledging that she heard Jay made him feel unimportant and not wanted – as if she was telling him to keep his distance. It’s not just that she doesn’t seem enthusiastic, but rather her lack of willingness to participate and make it part of an intimate moment that deflates him.

Jay retreated and withdrew into himself. He kept his anger and disappointment just under the surface. It was almost visible in his stiff body and huge sighs. When Jessie tried to engage him in a conversation about her ideas for a family dinner and games with the kids afterwards, he was silent but took an even bigger sigh. She put her hand on his knee and tried to get him to join her in anticipating a unified loving family experience. Jay said, “if that’s what you want!” in a nonchalant way. You could almost feel the life drain out of Jessie’s body as she sunk into the chair. Both were sitting a few inches away from one another, but were miles apart emotionally. There was no investment in each other’s experience.  Good things that came from one partner, didn’t spark a fire in the other. There was no investment in one another. They set themselves up for spats and power struggles that followed their therapy session.

In another case, Nick, a 39-year-old manager at a local radio station got a promotion to be the chief executive and run the operation his way. He was brimming with ideas and thrilled to be able to put his vision into action. He had been eager for this position and couldn’t get home fast enough to tell Sarah his 36-year-old partner, a dental technician. He came up behind her as she was cleaning vegetables in the sink, and put his arms around her, and whispered his good news into her ear. Her response was like a punch in the stomach. She said in a matter of fact tone, “that’s nice! . Nick felt her  stiff body like a brick wall that was impervious to his good spirits. From riding high in the clouds he now felt 2 feet tall, diminished in a matter of seconds. Sarah’s mechanical reaction  dehumanized them both, preventing the building of trust and intimacy.

Without the foundation of trust and intimacy the only was Nick and Sarah connected was through crisis and or bad experiences. They were able to comfort each other when things went wrong at work, or when one or the other experienced failure or bad luck. They were good at bandaging each other’s wounds inflicted by the world outside of their lives. But they weren’t able to step into one and other’s good experiences, join in the feelings and build trust and intimacy to hold them together as they went along.

BUILDING TRUST AND INTIMACY THROUGH INVOLVEMENT

Gemma a 35-year-old community organizer had just been appointed to head a non-profit for early childhood education. She had already texted her partner Kyle, a 33-year-old local reporter and looked forward to sharing more when they met up at home later that day. Kyle eagerly ate up every bit of her experience during the day, waiting for the final announcement. Spilling out her vision and her joy at being able to influence so many children’s lives, she felt that Kyle was as happy as she was. He joined in with ideas about what she could achieve and how he might be able to report on her efforts for the local paper. They were excited and hopeful together. He was proud of his partner and began talking with her about the changes it would mean for them in terms of scheduling chores, weekend activities and family time. He played an active role in working things out so that Gemma could give her new job everything she had and still be present and responsible to the commitments involved in keeping their relationship stable.

A few weeks later Kyle told Gemma about an opportunity he had to report on a story about a cover up in a utility company that caused a fire and endangered lives . He had to travel to the company headquarters and would likely be away for days at a time. Gemma joined him in feeling the high of getting a story that could get Kyle picked up by the national press and boost his career. They talked of missing each other but keeping in touch with Skype and text. Sharing the adventure in their imaginations brought them closer. They felt mutually supported and cared for. Despite the stresses of them both having something big and new to deal with, they found ways of being intimate with humor. They were relaxed with one another and found time for fun things that were done on the spur of the moment.

This couple is building trust and intimacy by actively getting engaged and involved in each other’s developmental achievements. They support one and other by being flexible with routines and by making a genuine effort to ensure a positive experience moving forward. There was a spontaneity and ease with which they interacted. They were free and easy in talking and sharing in the moment because of the trust that each felt in each other. There was an understanding that it was safe to share good news without risking the possibility of their self-esteem taking a knock. In fact Gemma and Kyle boosted each other’s sense of self-worth, so that they could relax in each other’s company.

Building trust and intimacy if you’ve never seen it

It may look easy to build trust and intimacy but Kyle and Gemma’s case is an exception and not the rule. They were lucky enough to have good models in their parent’s relationships. Their parents supported each other at bad times and got involved in their good events. They saw their parents relaxed and having fun, with a calming sense of trust, and special closeness that made things bearable and manageable.

If you have read this post, it’s likely that you didn’t see your parents mutually engage in each other’s positive goals, experiences and visions. But that doesn’t mean you are doomed. You and your partner can develop those capacities that involve building trust and intimacy, and enjoy more safety and security in your connection when you invest in couples counseling.

How to Trust in Relationships

Ensure Your Relationship Against a Loss of Intimacy and Committment

How To Manage When Your Partner Loses Interest in You