How to Relieve Stress in a Marriage by Sharing Jobs 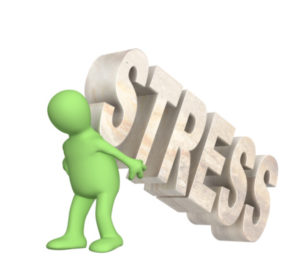 How many times have you ended a stressful day by trying to help your partner with chores only to find that they don’t even notice, and that if they do, they ignore it? Doesn’t it stress you out even more? Don’t you find that you start to get angry, and that your good intentions became a bitter taste in the mouth?

That’s exactly what happened to twenty-nine year old Physical Therapy Assistant Mara when she came home from a stressful day fighting traffic as she went from one snappy uncooperative patient’s home to another.  Yet she found herself wanting to prove that she was a good wife, so she did all the dishes that had piled up since breakfast that morning, and ironed a fresh shirt for  thirty-three year old media executive Dominic to wear the following day. She usually enjoyed doing little things for her partner. It made her feel more committed and closer to him. But not today.

Mara couldn’t stand the overwhelming stress load and became just like one of her irritable patients, sniping at Dominic who was going about his evening as usual. He was oblivious to Mara’s sacrifice on his behalf let alone her intentions of trying to prove loyalty and commitment. She did these little chores for him on a regular basis, so what was so different about tonight?  He hadn’t asked her to do him any favors so why should he go out of his way to acknowledge or thank her? He didn’t feel more loved or cared for when she made these sacrifices for him, and it certainly didn’t increase his level of commitment to the relationship. In fact it did the opposite. It made him feel unduly pressured to be grateful for something he didn’t want. It was unbearably suffocating, making him want to escape.

Mara’s stress boiled over into anger and resentment when he didn’t catch the spill and help mop up the mess.  So they ended their day holding onto bad feelings. Negative feeling brought stress to Dominic that he didn’t have before, and escalated the already toxic levels of stress that Mara had accumulated. The adrenaline in both their bodies prevented them from sleeping that night, and they got up tired, grumpy and disunited. 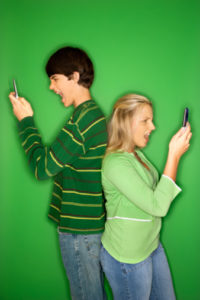 A few more nights of marital stress brought them to couples therapy.

In my work as a therapist I often come across couples who split chores and feel betrayed when one partner doesn’t do their share. I am always amazed at the reaction I get when I suggest team work. It’s as if I have said something unmentionable. Yet team work creates a sense of togetherness and evens out the stress load. But couples seem to prefer to divide their labor and get upset at having to share! 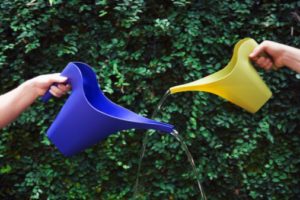 The Journal of Social and Personal Relationships, 2013, reports that trying to prove commitment by doing your partner’s chores on days when you are stressed has a negative impact on the relationship. The researchers found that when couples join forces and do jobs together they prevent a buildup of stress and cement deeper bonds of commitment. Compartmentalizing different aspects of life together had a negative effect on the overall health of the relationship because the chances of stress overload were higher.

It took a lot of deliberation before Mara and Dominic agreed to give team work a try. At first they argued about what was fair, and whether one or other would take advantage or pay lip service to the notion of joint working on chores. There was a lot of heated debate about gender roles and the distinctions between breadwinners and home makers. Mostly there was a lot of difficulty trusting in a true partnership of sharing.

How to reduce stress in a strained situation

After working on the insecurities related to equality and shared trust for several months, Mara and Dominic eventually agreed to team up on Friday nights and Saturday mornings to fold laundry and do grocery shopping together since they felt most stressed at the end of the working week. They made the effort for a couple of weeks and found that they developed a greater intimacy. Preconceived notions of one another and of life as a couple began to melt away. They had more time together, and more energy to enjoy each other.

Chores became less about having to work to prove loyalty and commitment, and more about taking care of themselves as a couple. You could say that graduating to team work helped mature and consolidate their marriage.

What types of self-sacrifice benefit intimacy?

Sharing emotions helps bonding when you are in  crisis