Emotional Safety is Key in Relationships

Do find yourself holding back, choosing your words carefully, and or shutting your feelings down because you fear recrimination? Then you probably have little sense of emotional safety.

Maybe you agree with your significant other more often than not, because it’s not emotionally safe to speak your mind.

Perhaps you are scared of saying or doing anything that may push your loved one away so you stifle your personality and your motivation to fulfill yourself.

If you think twice and then twice again about sharing intimate details about your family history and your childhood traumas then emotional safety isn’t part of your relationship.

Why is Emotional Safety Key in Romantic Relationships?

Emotional safety in your significant relationships is the corner stone for building trust, and closeness.

Without emotional safety you aren’t able to establish personal boundaries which makes it possible for your partner to take advantage, use you, manipulate and or abuse you. You end up feeling very insecure.

Tony, a 39-year-old office property manager was tired of his wife Rita, a 38-year-old home maker complaining about the fact that she didn’t feel safe. He had installed an expensive alarm system; got several strong locks for their doors and windows, and gone to the trouble of erecting barbed wire fencing around the back of the house to deter intruders. But still she ranted on about not feeling safe at night and when she was alone in the house for any length of time. When it came to buying a new car, she insisted on something that looked and had the feel of an army tank! Yet Rita was always cautioning her husband and children about the unseen dangers of being in the world. He felt constricted when he took the kids camping and hiking, because Rita gave strict orders about what they should wear, how far they could go, and what they could do when they got there. He thought she was way over the top in constraining him, and just put it down to her being a bit of a crank!

Tony and Rita enjoyed going out with other couples that he had met through business. Their children played together – like mingling of the two families. After a pleasant dinner with one of these couples, Rita noticed a pit in her stomach giving her uneasy feelings. Nothing new, but it always happened when she knew that Tony was about to join their friends in continuing to drink. True enough, he was slurring his speech and nodding off on the ride home.  By the time they got out of the cab and into her home, the couple started to make out, encouraging Rita and Tony to make it a foursome. Rita’s body broke out into a cold sweat. Tony would continue drinking until he passed out, leaving her alone, abandoned and scared.

Mortified by the octopus hands groping her she froze. She wanted to alert Tony so that he would take charge and bring some order into this frightening chaos, but he didn’t get what all the fuss was about! If she didn’t like something she could just say so. After all she had a loud enough mouth and a firm enough attitude towards him when she didn’t approve of his playing with the kids as they were getting ready for bed.

Rita eventually got the couple to leave, but not before feeling her boundaries being violated by her so called friends- and betrayed by her husband to boot! She was too upset to sleep and as morning dawned she laid into Tony for his nonchalant attitude to her lack of emotional safety.  Furious with his friends for trying to take advantage, he said some angry things, but it didn’t make Rita feel emotionally safe. In fact she felt even more upset and abandoned because he was neither attending to her feelings, nor setting boundaries with their friends. 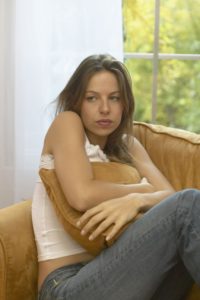 Rita was placed in a situation not unlike that in her childhood, when father was saying and doing inappropriate things to her mother, who kept silent and allowed it. When Tony slept through her frightening ordeal it was as if he were the silent mother, allowing dad to do touch and grope whatever he fancied – no boundaries, no rules of decent behavior – and certainly no enforcing of hazy expectations that were never openly discussed or endorsed.

Rita was not emotionally safe as a child, and she wasn’t emotionally safe as an adult either. At both times she had a right to rely on adult loved ones to look out for her safety and personal integrity, but she was repeatedly let down by her parents in her childhood and now by her husband in her adult significant relationship.

So what does Rita mean when she complains about not having emotional safety?

1.Being able to rely on a significant other to be alert and responsive to situations where she may be taken advantage of due to having less power in the relationship. 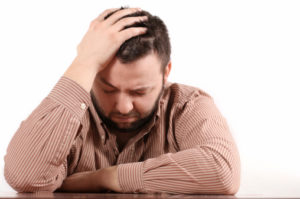 Why is Tony Not Able to Understand and Make Rita feel Emotionally Safe?

Tony grew up in a family where his parents fought loudly and viciously all the time. He tried to help by doing things that would appease one or other parent, but it invariably backfired. His mother painted his father black and he felt bad for her. But his father was the only one who saw anything positive in Tony and praised him for his achievements at school and in sports. He was often torn between his parents, seeing both sides and not wanting to choose between them. The only way he survived was to emotionally shut down. He couldn’t take the years of constant stress, of not knowing whether the family would survive and how it would be if they split up. He became a quiet person, keeping everything inside. It gave the impression that he was managing everything, that he was the calm one in the storm. But in reality he was anxious, stressed and uncertain of what to do, so as not to upset anyone.

When Rita went on about not feeling safe, he took it literally and put in the physical apparatus to provide her with a feeling of safety. He was way off mark, because what she really wanted was for him to come out of his shut down place, and be fully present with her at times when she felt threatened by others who may violate her, whether or not he saw the danger. She wanted him to be the opposite of her silent, passive mother. He had switched that off long ago, as a way to survive his parents fights.  Having failed to calm and settle his highly strung emotionally volatile parents, Tony didn’t want to step into another arena where he might have to try and fail again. So he wasn’t present emotionally for Rita, leading to both of them wondering what on earth was the matter with their relationship. How could it be so unsatisfying?

My therapy office and my acceptance of each of their experiences provided the basic foundation for emotional safety. Rita was able to share her disappointment in Tony for getting drunk, falling asleep and not protecting her from the groping friend. At first Tony felt criticized and shut down, showing no emotion. The therapy situation allowed both of them to let their guards down, as they felt safe with me. Later Rita shared her fears from childhood and it brought them together in a way that made them both feel closer, and safer. We worked on Rita needing to create some personal boundaries for herself as an adult, even though she longed for Tony to compensate for the safety she didn’t get from her parents when she was little. We also focused on making Tony feel safe enough to share his feelings so that Rita didn’t feel abandoned and even more scared. He began to put a toe in the water and note that he was successful in reassuring and protecting his wife just by his emotional presence. It’s a work in progress, and headed in the right direction.