Home/Anxiety therapy, Communication Issues, Communication Problems, Intimacy/Men and Women Have Different Fears that Prevent Them From Discussing Marriage
Previous Next 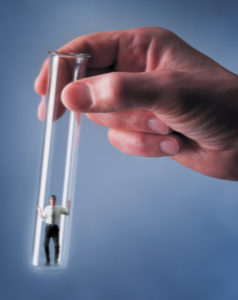 Gordon  was attracted to his wife because she appeared independent, competent, able to handle his anxieties as well as offer comfort and security. After he married her, he discovered that she wanted to be taken care of, play and enjoy her pets – his world crashed. He felt that he had lost the object of his dreams, the security he thought he had garnered, and the tender care that he believed was on tap.

The shock of finding out that the tables had been turned on him made him furious and scared. But he didn’t dare talk about it to his wife Maria. It was too scary a proposition.

Gordon tried to stave of his worst fears by giving Maria space and time to work out what she wanted to do in terms of a career, but as time went on, and she continued playing with ideas, he got the message that she wasn’t suddenly going to get to work by magic just because that’s what he wanted.

He would have to talk to her about the marriage and how they each viewed it, because he couldn’t stand it any more.

Many men grow up in an environment where discussing feelings and relationships are discouraged. They develop a discomfort with it in adult life and often feel that talking about marriage before they tie the knot, or after they are wed, indicates that they haven’t got their act together!

Married men are supposed to have taken care of everything, sorted it all out and be enjoying their mastery of life.

Talking about their marriage may signal that things are not okay, that they are not in charge, that they are weak and haven’t got a handle on things.

They prefer to feel in control by “doing” rather than “being with” – which is exactly the situation when they can’t discuss feelings about the relationship. They buy flowers, or organize a vacation rather than share emotions in their marriage. Of course the “doing” doesn’t do anything constructive! 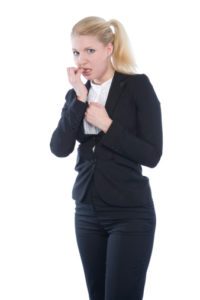 Can She Risk Talking About the Marriage and Expose Her Need for Closeness and Care?

Maria was relieved after she married Gordon. She no longer had to work to support herself, her apartment and her cats. Gordon had a good job and they were comfortable financially. She had never liked working, but was forced to do so to take care of herself and prove that she could stand on her own two feet!
Now she could have what she always wanted – a good reliable man who took responsibility seriously. Now she could play without shame or fear that would be pushed out of the nest prematurely. She had proved that she could survive alone and that’s all that mattered. It was okay for her to just be herself and do as she pleased.
EXCEPT  that she felt Gordon distancing himself from her. She felt a mixture of disapproval and lack of permission. Sexually he was less active and seemed to be irritable. He wouldn’t talk about it. He didn’t want to hear about her leisurely day, and he didn’t want to talk about his experiences. It was as if he wanted her to KNOW what was bothering him, step up and do the right thing, so he didn’t have to feel guilty about wanting her to work.
Maria was afraid to talk to Gordon about the tension in the marriage because of her fears:

Maria tried pampering her husband with massages, exotic dinner experiences and being sexy in bed, but it didn’t seem to do the trick. Her failure to get the marriage onto a good footing made her even more fearful for it’s survival. She couldn’t talk about it because then all her fears would be realized.
Many women are brought up to feel ashamed of their needs.

While fairy tales promote the image of women being swept off their feet and taken care of forever by ‘their man’, the reality is different and puts women in a bind. In this day and age, they don’t want to feel needy and deny their wish for marriage – simply because it reflects their need to be taken care of. The conflict between the fairy tale myth and the shame about being needy makes them hesitant to broach the topic of marriage with their partners.
At this point the only thing Gordon and Maria could do with their fears and problems in communicating about the state of their marriage was to come to couples therapy.

Neither of them had talked about their feelings in the marriage and how it changed, ebbed and flowed. They had never shared their expectations and disappointments – until I encouraged them to begin these conversations. It is through therapy that they are communicating as the stigma of shame of neediness is gradually removed.

In therapy I helped Gordon understand that his need to have the ‘earth mother’ who was not only available, but appeared to be self-sufficient, was decimated, and that he was dealing with the fallout.

In couples therapy I helped Maria come to terms with the loss of the hope about having a man who wanted to please her, so that she could remove her cloak of self-sufficiency and be taken care of financially, emotionally and socially.

In couples counseling, both Gordon and Maria notice that they were both afraid of being inadequate and consequently abandoned. Making room for that similarity brought them closer, and more emotionally intimate as they developed a language that both felt comfortable with. They used it to dialogue in therapy, where fear and shame could be acknowledged

How to express hurt and feel better

By jeanette_raymond| 2016-12-29T15:31:30+00:00 May 1st, 2015|Anxiety therapy, Communication Issues, Communication Problems, Intimacy|Comments Off on Men and Women Have Different Fears that Prevent Them From Discussing Marriage