Unintentional Consequences of Overdosing in Adolescents – What are the signs?

Home/Anxiety therapy, couples therapy, Family Counseing, Parenting Counseling, stress/Unintentional Consequences of Overdosing in Adolescents – What are the signs?
Previous Next

Unintentional Consequences of Overdosing in Adolescents – What are the signs?

Protecting Your Child From Unintentional Overdosing

Is someone dear to you, like your teenage child, a niece or nephew or a sibling taking prescribed medication for chronic pain or anxiety and depression? Does it ever cross you mind that there is a danger of overdosing?

A report in the New York Times from November 17th 2021 indicated that 100,000 deaths from overdoses were recorded from April 2020 to April 2021, a 30 percent increase from the previous year.

The rate at which young people are unintentionally overdosing has skyrocketed. The Journal of the American Medical Association, Pediatrics (2021) reported that over 3,000 adolescents (aged between 10-19 years) died of unintentional drug overdose between 2015 and 2019. The average age of these tragic deaths was a mere 15 years of age. The article calculated that adolescents experienced 187077.92 Years of Life Lost (YLL) between 2015- 2019.

Unintentional Overdose in adolescents– what does it signify?

Prescription medication for young people with social phobia, anxiety, eating disorders, depression, attention deficits, and managing the stress of bullying, academic achievement and unstable family life is common. So the risks for unintentional overdosing are moving in lockstep.

When young people who are already vulnerable in circumstances where they live in stressful conditions then the temptation to take more medication is massive. It’s easy, on hand and doesn’t require having to depend on anyone or anything else. Like most drugs, tolerance levels build up and the effects are reduced. So when a young person is overwhelmed with the chaos at home; with the unpredictability of friendships on social media, or with having to care for a parent who is sick, and/or emotionally dependent on the child – the medication that is already sanctioned and considered useful becomes alluring.

Unintentional Overdoses in adolescents– an attempt to manage despair and helplessness

They don’t intend to harm themselves, and are certainly not intending to take their lives. But they want to decrease their sense of overwhelm, despair and helplessness.

Liam, a 17-year-old straight A student was a talented rap artist and had a huge following on TIK-TOK. He loved improvising and making up new songs that told about the awkwardness of teen life. But one thing he never spoke about was how scared he was that he would go home one day and find his mother in a heap after finding out that his dad had cheated on her. He knew about it and tried to protect his mother from the hurt. He knew she couldn’t take it, and would crumble. Liam felt duty bound to take care of his 15-year-old sister, Ayesha who was terrified of the family breaking up. She stopped going to school regularly and gave up sketching her fashion designs that she had once hoped to turn into a branding opportunity.

Liam and Ayesha’s parents were very concerned about their kids dropping off in academics and unmotivated to pursue their talents. Taking them to their doctor and getting them medicated made them feel like good, caring parents. But no one talked about the elephant in the room: the instability and chaos at him because of the secrets regarding the father’s affairs and that mom would be shattered beyond repair if she found out.

Ayesha and Liam didn’t talk about it among themselves either. They each took their meds, slept as much as they could to be ‘out of it’ and avoid their spiraling sense of utter helplessness and despair. 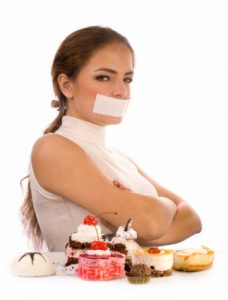 Ayesha’s fragility coupled with feeling burdened and alone in the ongoing family trauma developed bulimia. She would stuff herself and then vomit it out – that took her out of the family circle – eating secretly in her room and then spending hours trying to force the food out again. She kept that hidden because mom was in her own world trying to deal with her fear of the marriage breaking up and Liam was trying to hold the family together by taking care of mom.

At some point, mom noticed that Ayesha had dark rings under her eyes, she was hiding her body in loose clothes. Her skin was grey and her hair was loosing it’s beautiful thick luster. Mom got stressed and panicked. She blamed her husband for not being attentive and dutiful, leaving it all up to her.

With attention on mom and Ayesha, Liam’s increasing sense of despair that he could keep things in order never got to first base. Trying to be the rock for his family, he never talked about his sense of inadequacy, fear of losing his mother and sister, anger at his dad and for the lost time of his youth. He was too ashamed to talk to any of his mates and didn’t want to involve extended family who would only make things worse with their panic thrown in. He started taking more of his medication to get through the day, especially when he was home all day during weekends.

Liam often took some of his mother’s sleeping pills when he had bouts of insomnia, mixing them with his own meds to blot his mind out of the world that was so unbearable, where his attempts to be the perfect son and brother was wearing thin.

One Sunday afternoon Liam was in his room trying to compose some lyrics to a rap beat he played around with. He heard his mother raise her voice in alarm and ran out to see what happened. Mother was wailing loudly and Ayesha yelling at her to stop interfering in her life – calling her mother names and demeaning her spineless nature. Liam attended to both of them. He knew how to take care of mom. He became the partner his father should have been. He also saw to Ayesha by acknowledging her upset over not having parents she could talk to and rely on.

These type of incidents became more frequent. The toll on Liam was enormous. One Sunday evening he took some of his mother’s sleeping pills, and some left over opioids that she had taken for post-surgical pain, nabbed some of his sister’s tranquilizers, and took them with his own medication. He was found the next day – dead, of an unintentional overdose. He had reached his limit and all he could lean on was pills – a lethal mix.

Given a life expectancy of 80 years, he had 63YLL.

Not to mention the years of grief, shame, blame and mental suffering his family would go through after his death until their own.

Unintentional Overdosing in adolescents – what to look for

• Quietness – being strong for the family
• Presenting as much older – caretaking role, being the parent to the parent
• Denial that there is anything bothering them
• Living outside the purview of the family – secretly and alone
• Not caring about appearance and personal grooming
• Sleeping more and for longer periods
• Maintaining the prison of secrecy about the family instability and pretending that everything is fine

 Set the tone by talking about feelings in the household, making it the norm

 Be wary of relying on your children to make up for what you aren’t getting in your marital relationship. That doesn’t mean hiding it from them, but rather showing them that you are seeking professional help to deal with it.

 Think about the culture of pill popping and medication in your family – is there an attitude of taking meds to solve things?

 Consider family therapy so that everyone gets to talk and not feel like the problem or the savior.

 Suggest couples therapy for you and your partner to re-calibrate your relationship – taking the burden off your vulnerable children.

 Offer your child the opportunity to have individual therapy so they have space just for them – important to facilitate a separateness that boosts self-worth. It prevents the overwhelm and helplessness that can lead to unintentional overdosing.

Managing Family Co-Dependency. The first 5 steps in learning to support rather than rescue.

By dr_j_raymond| 2022-02-17T04:56:39+00:00 February 17th, 2022|Anxiety therapy, couples therapy, Family Counseing, Parenting Counseling, stress|Comments Off on Unintentional Consequences of Overdosing in Adolescents – What are the signs?