Brain Fog Anxiety – What it is and How to Mange it.

Home/Uncategorized/Brain Fog Anxiety – What it is and How to Mange it.
Previous Next

Brain Fog Anxiety – What it is and How to Mange it.

Brain Fog Anxiety – What it is and How to Manage it.

Brain fog anxiety is scary, debilitating and takes away your sense of control.

Brain fog anxiety makes you doubt and mistrust yourself.

It’s as if you are new in the world and don’t know what to expect or how to navigate what you come across.
The experience of brain fog anxiety makes you want to stay home or close to home and be safe – safe from the uncertainty of the world out there, and safe from feeling incompetent, helpless and scared of not being able to take care of yourself.

Brain fog anxiety means that your automatic pilot has been switched off. The world feels so dangerous that you have to be vigilant, alert at all times and not rely on your past knowledge or skill set.

Overloaded and overwhelmed you attempt to exist safely in what now feels like a threatening world that you can’t count on.

Marianne a 55-year-old communications director for a construction company had been a vibrant wife, mother of two adult children, and socialite with a job she loved. Her husband was devoted to her and they had a close connection. They looked forward to their oldest daughter’s wedding in a few months, just before Marianne caught Covid-19. It was a shock because she had been vaccinated and boosted.
The infection took its course and Marianne physically recovered, but mentally and emotionally she had changed. She was a sliver of her former self, with sleep issues, worrying about going out and mixing, fearful of driving and forgetting things. She found herself unable to enjoy a movie with her husband, having to do the laundry instead – just to use up the excess energy that her anxiety now demanded.

Brain Fog Anxiety – a shock and trauma to the system 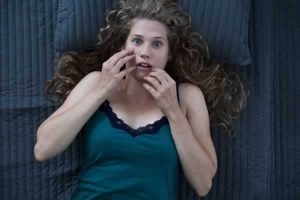 The Covid-19 infection had been a shock to the system – the whole system of mind and body. The vaccine had protected against death but not infection. Marianne was robbed of peace of mind and quality of life. She had suffered a psychological trauma that turned her world into an unsafe place. Everything was scary and brain fog anxiety was both a blessing and impediment.

A blessing because in a brain fog Marianne didn’t have to feel things – no shame, blame, or anger. Just a fog.

An impediment because it created anxiety about not remembering things, losing things, and not wanting to socialize. There were also downsides because of insomnia. Marianne chose to sleep in the spare room so as not to disturb her husband because of his heart condition. That meant she lost out on the physical comfort of being close with her life-long partner and best friend. Anxiety levels rose because she now felt alone and afraid to speak of her interminable uncomfortable nights, with no peace in sight.

Brain Fog Anxiety and Insomnia Linked to Inflammation from Coronavirus

Covid-19 related anxiety is a real thing. It is believed to be caused by inflammation in the brain.

A study reported in Brain, Behavior, and Immunity (2020) found that 42% of those who had been infected with Covid reported anxiety; and 40% experienced insomnia. The study indicated that the immune response to coronaviruses induces local and systemic production of cytokines, chemokines, and other inflammatory mediators.

A study in the Lancet, Public Health online in March 2022, reported that those who had been bedridden for seven days or more after contracting coronavirus had a significantly higher risk of symptoms of depression and anxiety, for as long as 16 months after their diagnosis.

But often the anxiety is dormant prior to the viral infection. In Marianne’s case she had several worries that all coalesced with the brain fog anxiety activated after contracting Covid-19.

1. Anxiety about getting dementia, because her mother had died from it 3 years ago – was Marianne’s brain fog anxiety a sign that she was in the early stages of dementia?

2. Anxiety about her husband who was having a second surgery for heart trouble – what if Marianne’s brain fog anxiety was stressing him out and making the heart condition worse? What would she do without him if he died on the table, or if the heart trouble wasn’t successfully treated? Live in fear of his death for the foreseeable future?

3. Anxiety about her self-identity, since friends were encouraging her to take early retirement after the Covid-19 shock. What would she be if she couldn’t feel confident of being a good, creative and effective manager which gave her cachet, keeping the fear of dementia at bay?

4. Anxiety about not feeling safe enough to travel with her husband as they had planned as they both got older and wanted more leisure time. Would she be letting her husband down?

5. Anxiety about being a burden to her grown up children who were just starting their own families. What if Marianne deteriorated and her adult children put her in a nursing home? Could she survive that and would she even want to? 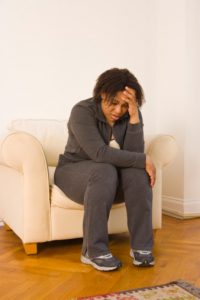 Marianne went to her primary care doctor and was prescribed medication to help her sleep, but it didn’t work, despite tweaking doses. In any case she was fearful of becoming dependent on them!

Other health professionals taught her breathing exercises to reduce the physical tension and elevated heart rate that comes with anxiety. She practiced these techniques but to no avail.

Marianne got some meditation apps and sleep help apps on her phone to help her calm down and put her to sleep. These strategies didn’t help either, and made Marianne feel that there was no hope. She lost trust in health care professionals and self-help tools on apps. The investment she was making in time, energy and money to feel better was not worth it. She was more stressed than ever.

So far understandably Marianne focused on reducing the symptoms and trying to sleep.

But what she was unaware of was that she was angry that she had lost her confidence, that memory loss brought the threat of dementia ever closer, and that she couldn’t stop it. Marianne was quietly seething with rage that after working so hard and having such a good marriage that it could be taken away due to her husband’s heart condition. She was enraged that at the prime of her life and career she had to start thinking about retirement. Rage about no longer being in control is the real issue, and anxiety is the symptom.

The very definition of anxiety is about not being in control.  Trying to be perfect and keeping life perfect puts you into the depths of despair.

So in order for Marianne to get better she has to give herself space to address the anger and fears about dementia, losing her husband, her identity and burdening her children.

It is then, and only then within a safe and consistent therapeutic environment that she can release the tension, feel less alone and be ready for whatever the realities of life may be – she may get dementia and her husband may not get better or survive. Marianne needs to feel safe enough to talk about these real fears, to lift the brain fog anxiety that got triggered by Coronavirus. As she does, she will feel less alone, more understood and become resilient for the challenges of life that come her way.

Do you Suffer in Silence in Order to Prove Your Love?