Mother’s impact on sons occurs before they are even conceived. Many cultures value sons more than daughters and use all sort of rituals and concoctions to have male children. So when a male child is conceived, he is already imbued with a stature of value and esteem – that he is special and important. Little does the male fetus or newborn infant know that he will be celebrated like a gift from heaven. His gender is expected to heal rifts in marriages or please grandparents who expect the mother to deliver a male as proof that she is doing her job.

Mother’s impact on sons is enormous when they create a situation where their sons have to be the ‘good’, loving, loyal, thoughtful, reliable, person that loves mom above all others – as if are expected to be the perfect partner that they wished they had. One of my male clients who had trouble with romantic relationships in adulthood came to terms with the fact that his mother who had him outside marriage often dressed him in adult clothes, and took him out as if he were a replica of his father – ignoring her daughter in the process. He was made into a person who was supposed to give his mother what his biological father failed to. As an adult he wasn’t emotionally free to be truly intimate with another woman until we worked on helping him separate himself and be free to invest in another woman without fear and guilt.

Mothers are usually the ones who shape their children’s views about who does what around the house. Mother’s impact on sons is strongest when boys are made to feel that they carry mom’s hopes and dream, and must fulfill them in order to be ‘good boys.’ It is not just favoring one child, but giving the male child an identity of being superior and her daughter of being inferior.

Many mothers’ unconsciously protect their sons from taking responsibility for their actions, and often raise them in an environment of limited consequences. These sons grow up to believe that they can get away with anything and that they should not be held to any social norms. So when they have families of their own, they act in egocentric and selfish ways, genuinely believing that that is how they should be. These spoiled sons have little experience of disagreement, conflict or cooperation, BUT they are incredibly romantic and sweep susceptible women off their feet. Mother’s impact on sons can be fatal for their future romantic partnerships when they come from mother-son dyads that operate on an adoring son giving his mother affection and praise, while she protects him from the realities of relationships.

A most serious outcome of such an unhealthy mother-son connection is that the male will never be able to fully give himself to any adult he partners up with later in life, prone to obsessive compulsive tendencies and anxiety disorders. 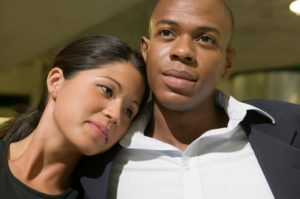 Mothers who are overly controlling with their sons create men who hold grudges, strong resentment, hate and anger towards women. Mother’s impact on sons sense of personal authority is negated when she bathes, dresses and does his hair well past the stage when he can do it himself, and chooses to do so himself. Mother’s impact their sons sense of personal authority when she reprimands him for showing a natural healthy interest in his body and genitalia – making him feel that his body isn’t his own and under her authority is extremely emasculating for a young boy. His mental health is weakened.  Young men who are subjected to controlling mothers grow up to be subservient and attentive on the outside, but resentful and sadistic on the inside. Controlling mothers don’t allow their sons to develop an appropriate sense of personal authority. They either give it up altogether to those who care for them, OR they burst out of that straitjacket, become enraged and resort to verbal, emotional, physical and or sexual abuse.

{a} When sons separate from mothers

Perhaps the hardest thing a mother has to do is set the tone for how sons separate and come together, or separate and move on in life such as going away on a play date; school camping trip; staying with a romantic partner, going to college or leaving home to marry and start a family. If a mother makes a big deal about her son having a sleep over, and is in constant contact via text messaging, the son is taught that separation from mother creates bad feelings in mom and that he is bad for evoking it. Mother’s impact on sons is dysfunctional when it creates anxiety and discomfort about separation; since mom doesn’t cope well without him.

{b} Mother’s separating from sons

Mother’s impact sons negatively if they separate from their sons by going away with her husband, her own family of origin or others without any emotional priming and preparation. In addition, if a mother shows irritation or annoyance when her son reacts to her leaving him, she does emotional damage. Sons learn to hide their feelings, and never get the chance to learn the language of emotion that explains and manages the experience of separation and loss. In later life these sons have huge difficulties with emotional intimacy and either panic when faced with separation or become blasé about it – neither of which extreme is conducive to healthy romantic relationships. Mother’s impact their sons when they shape the way their boys grieve for a lost pet, toy, special person or a wish that doesn’t come true. If mom’s disapprove of crying and openly talking about the loss, they risk rearing a closed off man who is cut off from feelings and may develop psychosomatic illnesses later in life. 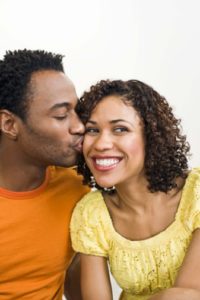 Mother’s impact on sons also extends to being clear about the rules regarding males touching females as a way of exerting power. Erecting clear but consistent boundaries about when it’s okay to touch, how to touch and what is consensual and what is coerced is up to moms. They are the first line educators in the moment, speaking to the differences between her and dad having a cuddle on the couch by choice, versus dad using subtle threats in order to get mom to cuddle when it’s clear she isn’t keen.

Mother’s impact on sons is profound by the messages they give about how men treat women. Mothers who defer to their male partners in most decisions, give their sons the message that they must dominate their women and feel proud about it! When mother’s indulge and spoil their sons, they grow to treat their women as slaves and servants who should consider themselves privileged to attend to him! If a mother demands that her son take care of her emotions as and when she needs, then her son grows up to become servile to his women, and guilty when he want to do things for himself.