Home/Family of Origin Counseling, Insecurity Counseling, Intimacy, stress, Uncategorized/Making a New You Out of the Old You in the New Year
Previous Next

Making a new you out of the old you in the new year often involves thinking about a fresh version of yourself. Sometimes it’s about shaking off parts of you that you dislike or feel ashamed about. Other times it’s about acquiring a new outlook and becoming your ideal self.
Whether you lose or gain stuff, there are pitfalls that make life harder and more difficult to navigate, especially in your personal relationships. Making a new you by getting rid of parts of yourself or taking on new mind sets likely denounce who you are, and are basically false selves- unless they happen organically and unconsciously, reflecting a natural development towards your authentic self.

Making a new you by shedding parts of yourself

Marguerite, a 38-year-old mother of three young children longed to be the perfect mother and wife. All she ever wanted, was to have her perfect family and undo all the fear and misery that she had known in her childhood living with parents who shamed one and other into submission. ‘Making a new you’ became her adult mantra. She was going to be firm but affirming with her kids, being loved, and valued in return.

Marguerite spent massive amounts of time and energy getting her toddlers to do as they were told, growing up with manners that reflected appropriate behavior. Her efforts ended in power struggles she rarely won, ending with a sense of depletion and defeat. She was ashamed of the part of her that got angry with her kids for being disobedient, and she was disgusted by the part of her that was envious of her husband Jeb’s close family, that inevitably made her feel like an outsider that would never belong.

So Marguerite made valiant attempts to slough off that angry, impatient, and intolerant part of her. She wanted to rid herself of any and everything that was like her nasty critical, judgmental parents who used anger and shame as a means of shaping her and her siblings behavior. She tried her level best to be conscious and present in an accepting place when she was with the kids as the new year got under way – honoring her commitments to ‘make a new you.’ It worked for a while in that she kept her anger in, bit her lip when she felt the impatience rise up, and tried to address the kids feelings.

‘Making a new you’ – trying to be something else makes you resentful, and less likely to succeed.

But the toll it took was stupendous. She felt alone, set apart, as if she didn’t belong. It was so intolerable that she was forced to reengage with the kids – but by being herself. She couldn’t pretend to be an angelic, earth mother and nor could she force herself to step back and think about every second she spent mothering them while on the job. 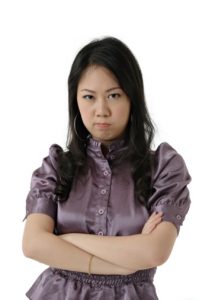 ‘Making a new you’ didn’t work for Marguerite because she was going against her authentic self.

Her disappointment and shame led her to seek therapy, where she was accepted and tolerated even when she was disgusted with herself. Doing some family of origin therapy helped her understand and accept her roots, own them, and accept that she couldn’t chop of her roots and still be a viable plant that grew and survived. But she could recalibrate and be more conscious of those parts of her she hated. By being tolerant and comfortable with herself, warts, and all, she could ooze comfort with her kids, and they would be more likely to cooperate. Embracing her true self was a sort of ‘making a new you’ because she finally absorbed all of her and was able to reconstitute and recombine all the ingredients that made up who she was in more thoughtful, gentle, and nurturing ways.

‘Making a new you’ by acquiring a new outlook or mindset

Sebastian, a 36-year-old communications operator for a big Health Insurance company was a dab hand at messaging. He was ahead of the game in preparing to counteract stories about Insurance greed, rejecting claims and disallowing medications and or procedures. He was out in front defending, reframing, and putting a positive image out for the media and consumers. He was masterful at making his company look bright, shining, and new, but seemed to have immense trouble doing it for himself.

‘Making a new you’ had been his focus for the last couple of years. Each December he would make a resolution about adopting a new mind set for taking care of his health – doing his work outs on a regular basis, going for bike rides and weekend hikes as well as choosing a healthy diet, making healthy meals that included portion control, calorie control and cholesterol control. He was super hyped to change his mindset from what he thought was lazy, out of control and noncommittal to one of being serious, proactive and in charge.

‘Making a new you’ – the success and failure cycle

At first Sebastian was thrilled each time he completed a workout routine and passed up a donut. He felt successful but somehow it didn’t have the expected effect of leading to long lasting success. ‘Making a new you’ was going by the wayside and he hadn’t a clue why he couldn’t keep up the good work he began early in the new year. As with so many times previously, he puttered along trying to get back the energy he felt planning the ‘making a new you’ last year. But it was as if that energy had disappeared. All that was left was stress and depression to hide his defeat and anger at himself.

Sebastian’s depression led to bouts of insomnia, eating to numb himself, and isolation so as not to feel embarrassed in front of loved ones. He put up a façade at work, where he maintained his output albeit a lot less creatively. Eventually, Sebastian realized he had to figure out what was pulling him down and making him feel so bad about himself. He started therapy and realized how angry he was at himself for not being able to stick to his ‘making a new you’ health plan. 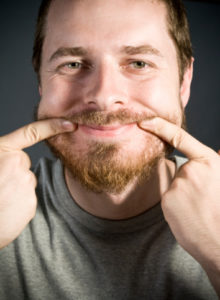 ‘Making a new you’ – a wish to be different and ‘superior.’

During his explorations in therapy Sebastian learned that he was envious of those who always looked good, barely did any exercise, and never watched their weight – of how easy it was for them, and how hard it was for him. He recalled being called names and ridiculed as a child and teen for being overweight, being hopeless in sports and gym class as well as unattractive to girls. The shame of coming from a family that ate greasy junk food and drank beer by the crate was the impetus for adult Sebastian to want to become like the sleek, good looking, healthy eating and exercising jocks that he looked up to. So he joined weight training and running groups. But changing eating habits proved impossible. What he learned in therapy gave him insights into what was getting in the way.

Attempting to be his ideal self didn’t work for Sebastian because he wasn’t aware of the pivotal role food had played in his early life. He didn’t understand how food was his only guaranteed comfort when he was unseen and humiliated. The lack of recognition by his parents of his talents at school, his creative and sharp mind, and his musical gifts was deeply wounding and therefore remained hidden. It made Sebastian feel unimportant and not worth caring for. He carried this into his adult life and maintained the non-caring stance of his family. If they didn’t care about him, his uniqueness and or his health and well-being, then why should he?

‘Making a new you’ involved changing himself into an ideal that his parents may approve of and pay homage to. But it brought no comfort, and without that security, he couldn’t accept himself – he was stuck in the loop of comfort through food – self-hate – ramp up the ‘making a new you’ failed plan – feel good for a second – then crash and long for comfort and the message that you are good enough as you are – and when it doesn’t come, go for the food again.

As Sebastian went deeper into his self-hate and comfort cycle in his therapy, he made room for good feelings engendered from the therapeutic relationship. He began to feel more secure, and that reduced his need for comfort through food. He was getting it in a better way – through a real relationship that was focused entirely on him. The intimacy of emotional closeness made it okay for Sebastian to be authentic in all ways, claim his talents, feel full and use food less for comfort and more for sustenance and a way of sharing himself with others.

Sebastian became a newer, truer version of himself, not by trying to emulate an ideal but by recognizing, acknowledging, and feeding himself what he really needed to feel good, rather than force himself to follow a tried and failed path.

Food and Relationships – how you eat is how you relate

Shirked Responsibility Gets Turned into Self-hatred and anger – Mascohistic Anger