How you eat is how you relate

Food and relationships are intertwined in the most intricate and intimate ways. Your eating style is probably the biggest single determining factor in how you interact with your romantic partner.

If you devour your food with an insatiable appetite, then it’s likely you try to stuff yourself with your partner – never getting enough. Or, if you are a nibbler, you probably enjoy small bites of contact with your loved rather than long expanses of time. You may eat by swallowing your food whole, without much biting or chewing. In that case, you probably want to swallow up your partner, so that you can keep them inside you without fear of loss. Eating disorders and dysfunctional relationships are closely interconnected. 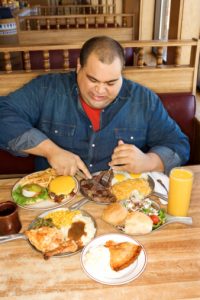 devouring style of eating and relating

Delia, a 27-year-old producer on a reality show was always hungry. No matter what time of day, she ate everything in sight without feeling stuffed. She had grown up with irregular and sparse meals. Her parents barely put anything on the table, and often left her to make her own breakfast from as young as age 7, when she’d make toast. Sometimes she was so hungry waiting for her mother to get home and make a meal, she ate plants from the garden. When there was food around she devoured it before it was gone. It barely touched her sides as it went down. Her brain never got messages of satiation, leaving her permanently hungry and deprived. Food and relationships became inextricably linked with the experience of deprivation – compensating with devouring behavior when a partner got confused with food.

When she got into her first relationship with a man, Delia devoured him with her eyes every minute they were in the same physical space. If he bought her flowers or took her out to a movie, it felt like the plants she ate when she was waiting for her mother to cook a meal. She felt neglected if he was involved in anything other than her. When he was around, she devoured his time, focus, and attention.  Food and relationships were synonymous and treated as such. 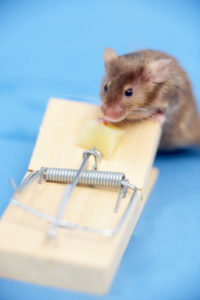 Marty a 34-year-old biology professor nibbled throughout the day. He liked snacks that he could chew and taste a little at a time. The snacks were permanently available, but weren’t too filling. He could have more snacks if he felt peckish, and put them away when he was satisfied. It suited his needs perfectly.

Food and relationships were interchangeable for Marty. His nibbling eating habits translated into trouble with commitment in his romantic relationships. He dated great women who whetted his appetite.  He liked to nibble at the relationship, seeing his dates intermittently for short periods of time. He was scared of getting too involved. When a relationship got serious to the point of moving in together, getting engaged Marty shut down and ruined the relationship. Moving in together house was a much bigger mouthful than he could handle. The relationship required eating a full meal with bigger bites of food. But the big chunks got stuck in his throat and choked him.

Food and Relationships -Sucking and  playing with food in the mouth

Barbara 29-year-old hair stylist enjoyed candies, Oreo cookies, meatballs, beef jerky, and licorice twists that she could suck and keep in her mouth for several minutes if not hours. She had her own rhythm of sucking, sometimes strong and often, and other times a little suck with long gaps in between. What she loved best was keeping it rolling around in her mouth, feeling every bit of texture and enjoying the sensual pleasure it offered – and of course it lasted for a long time. The experience of giving herself pleasure with these foods made her feel secure because she didn’t have to depend on anyone else.

Food and relationships came together in her difficult sexual relationship with husband Bobby. She wasn’t available to surrender herself to the experience and allow her body to feel pleasure. Masturbating suited her better, because she could manage her body as if it were her tongue playing with food in her mouth, following the right rhythm until she reached orgasm. Barbara acknowledged his efforts to buy her stuff and treat her to dinners, and weekend breaks. Bobby got the feeling that he could never please her, and it created tension in the marriage. Barbara’s food and relationship behavior converged in her inability to enjoy a mature healthy relationship – staying in that younger place of sucking and savoring when she played with the food in her mouth and with her own body. 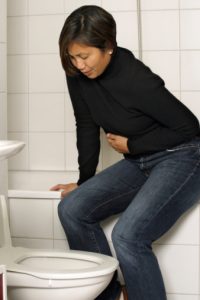 purging after eating to numb loneliness and anger

Food and Relationships – Binge and Purge

Feliple a 26-year-old local newspaper reporter often felt alone and lonely, just as he had as a child when he came home from school to an empty house. The only thing available was food – ice-cream, chips, salsa, sausages, string cheese, and frozen pizza. He would sit in front of the TV and eat mindlessly until there was nothing left. He’d drink all the sodas and then start on the cereal. Eventually he’d feel really bloated and awful. He’d hate himself and vomit everything as if they were bad parts of him that he wanted to escape from. Food and relationships were inextricably linked with loneliness and self-hate.

Later in life Felipe became a popular guy. He was usually invited to all the social events his colleagues and business contacts organized. He was into everything that was going on, accepting all offers with a very full social calendar. His girlfriend Jenny, encouraged by his enthusiasm for varied and exciting sex offered new experiences in that arena. Felipe raved about all the opportunities, binged on them, and then rejected them. Jenny was mystified when Felipe suddenly refused her advances in bed with exotic clothes. Food and relationships were either yummy or toxic. His friends were equally dumbfounded when Felipe suddenly refused invitations and went out alone to lunch. Out of the blue Felipe would return to asking for sex with Jenny and social contact with his mates.. Then a few days later when he had binged enough, he’d spit them out – purge them out of his system. What once felt so delicious and scrumptious turned into something toxic that he had to purge before it damaged him. 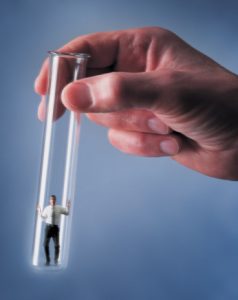 picky and fussy with relationship put in test tube

Food and Relationships – Fussy and Picky

Sophie, a 25-year-old assistant hotel manager at a beach resort had the pick of fancy food all day long. Since the food was abundant, constantly available and free, she took big helpings and wasted a lot. She was picky with food – about the exact ‘doneness’ of toast, shrimp or steak, and could tell right away whether a dessert had frozen ready whip or real fresh whipped cream.

Picky eating in adults usually means fussy behaviors in romantic relationships. Sophie’s boyfriend Jose thought a lot of her independent mind and drive for progress. But when she was at his place, she fussed constantly. The tea was too cold; the pillows on the settee were too hard; the carpet colors were fading and the stereo speakers didn’t balance the bass-treble sound well. Sophie was picky about the way Jose moved towards her when he kissed and she was fussy about the temperature of his palm when he reached out to hold her hand. Food and relationships were interchangeable to her.

Sophie’s mother had been overprotective and made her feel that she had to be vigilant about selecting food. Sophie took it to extremes where it interfered with togetherness in her relationships – just as her mother’s overprotectiveness drove a wedge between her parents. Jose felt rejected and inadequate, eventually breaking up the relationship.

Most of the eating habits described in this article don’t reach the threshold of disorders and are therefore unlikely to be of sufficient concern to seek professional treatment But the relationship problems that occur alongside the eating issues are red flags and ripe for individual counseling and or couples counseling.

You can observe your own and that of your partner’s eating patterns and look for similarities in the way you interact. If you are uncomfortable and feel a lack of harmony in your relationships, you won’t go far wrong by examining your eating patterns and determining their influence on your connection. Then come in for counseling and develop healthier eating habits and healthier relationships.

Marriage, Stress and Inflammation in the Body

Four Ways to Understand a Sexless Marriage and Make it Work
Anger Makes you Fat and Keeps You Fat!