How to rescue your marriage from roommate status!

How to rescue your marriage from roommate status! 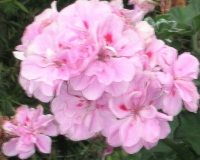 Keeping silent makes a marriage into a roommate situation

You want to share something with your partner. But that voice in your head questions whether it is worth it.

“They already know, why bring it up again and risk an argument or misunderstanding?”

That’s the beginning of keeping secrets.

That’s the beginning of taking the easy way out which shows lack of commitment to working things out.

That’s the beginning of a marriage turning from a close relationship into roommate status.

Learn how a couple who cared deeply for one another got their marriage back from the brink of disintegration by choosing to get involved and actively work on improving things rather than just hoping things would get better if left well alone.

Adele and Philip had been married a long time. They cared about and for one another but had been living like roommates for the last five years. They rarely did anything together unless it involved their grown up children, and even then they hardly ever came together as a united couple. 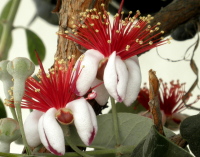 Willingness to lay down your life for your partner isn’t enough!

Philip had stopped hoping that his wife would be happy to see him at home and share affection. Adele had given up hope that Philip would show an interest in her life and want to share it. Yet both would go to the mat for each other and were fiercely protective of one another should any person outside their twosome criticize or judge their partner.

At times they would try to communicate and involve one another in their personal worlds, but it always ended the same way. Philip put up his wall for fear that Adele would accuse him of not being a good husband. He would attack back or become disengaged. Adele felt that she couldn’t be open, and would withdraw in a resentful way. The atmosphere was sour, tense and very stressful for both parties.

Adele and Philip wanted to get closer and have some harmony together as they aged. But they just couldn’t get past their fear of accusation, attack, defensive walls and a sense that each had failed the other. Instead of bringing them together, any attempt at discussion drove them further apart and made them more hopeless about ever enjoying physical and emotional intimacy again.

The way you were brought up determines whether you will want to work it out or just hope it will go away!

Adele was brought up to believe that problems had to be acknowledged, addressed and remedied by everyone concerned. Philip had a different mindset. He operated on the notion that ignoring a problem for long enough would make it disappear. The more Philip ignored a problem, the more anxious Adele became, and the more she tried to engage him in solving it with or without her. Her efforts to engage him made Philip feel pressured and nagged, so he went even further into his shell.

A study (Journal of Psychological Science, 2011) that followed children from the age of two, and checked in on their relationship skills at age 16 then at age 20 or 21 found that those whose mothers had encouraged them to work through struggles and frustrations by talking through it at the time were most likely to be the most committed to do so later in life. Adele was brought up that way, but Philip wasn’t encouraged to do so. So there was impasse, risking staying roommates for ever.

He wanted freedom, she wanted engagement. Neither was willing to take responsibility for getting things done and repairing and strengthening their bonds.

The research also identifies Adele and Philip as matching the profiles of two weak links, both of whom are lax about working things out. The advantage is that they avoid friction by not communicating. The disadvantage is that both keep secrets in order to preserve that aura of a conflict free zone.

Secrets make liars and pretenders out of a couple who love each other but just can’t find a comfortable way to be open and free in their communication.

Withholding her fears and concerns about the relationship from Philip may have helped him feel less threatened with accusation and attack, but it drove Adele to make a life outside the marriage with friends, colleagues and extended family.

Withholding information about his business and other problems saved Adele from worrying. It also saved Philip from having to take care of her anxiety. He got freedom from care taking but paid the price of loneliness.

Despite the love and commitment Adele and Philip had for one another, and the marriage, they lived lonely and empty lives. Keeping secrets was the only game in town that maintained the stability, with heartache and regrets eating away at the couple.

Small safe incentives is the way to begin.

Philip needs to have an incentive to share, struggle and work things out so that he brings his wall down. It may be doing something together that brings back warm memories, or it may be reminding him of his good qualities so that he feels worthwhile. Threats don’t work as they just bring fear, shame and a wish to get out of the situation without working things out for long term marriage bonding.

Adele needs to have an incentive that allows her to give Philip some control and freedom so that he chooses to be jointly responsible for solving their estrangement and intimacy problems. That may be involve Adele in inviting Philip to make choices and feeling like he isn’t trapped into doing things her way and on her schedule.

Little successes encourage both Adele and Philip to make it worth speaking their minds instead of just opting out by falsely believing that the other one “knows.”

Disclaimer: this article is for informational and educative purposes only. There is no liability on the part of Dr. Raymond for any reaction you may have while reading the article or implementing any suggestions therein. Interacting with this material does not constitute a therapeutic relationship with Dr. Raymond.