Home/Anxiety therapy, Communication Problems, Intimacy, relationship issues/How perfectionism turns you into a liar to yourself and your loved ones
Previous Next

Have you ever felt energized by setting out to do something nice for a loved one only to have it blow up in your face? Did you feel like your good intentions got turned into dirt that you then had to swallow? Perhaps you wondered how on earth your loved one could be upset and angry over your good hearted words and actions – and then you got angry back. You probably felt misunderstood and defeated, as if your golden heart had been turned into rotting ashes. But do you know why your vision of kindness backfired?

Do you know what you left out of the equation that made your loved one treat you like a disingenuous lying fraud?

Probably not! Nor did Selina, a thirty-year-old paralegal who was dumb struck when her thirty-five year old partner Marvin, a picture framer and a history buff got riled up with irritation when she gave him a flyer about claiming a vacation in Malta. She knew it was one of those places he had always dreamed about visiting so why was he behaving like a raging bull? Hurt feelings got the better of both of them. Selina felt personally trashed and devalued when Marvin got agitated about all the work it involved. Marvin was suspicious about Selina’s apparent altruistic motive. He smelled a rat and he exploded. 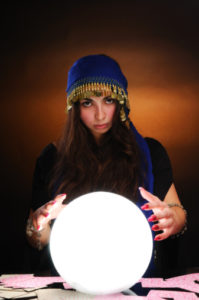 Was Selina a paragon of virtue or was there a dirty smelly rat lurking under the covers?

Marvin had a strong feeling that he was not being told the whole truth and that’s what made him fly off the handle. He was right. Selina was hiding the fact that she wanted to take two weeks off work at exactly the time that the vacation was being offered. It was the time for a review of her department including personal evaluations. She didn’t want to be there but nor did she want to pretend she was sick or take personal days. Along comes this miracle of a vacation that gives her the perfect exit strategy. Miracle upon miracle – Marvin’s dream is to go to Malta, the vacation destination. So why wouldn’t he jump at the chance of claiming the vacation online and make it a win-win for both of them?

The problem that Selina hid the truth from herself, making it seem like she was altruistic

Selina felt ashamed about her wish to escape her department’s evaluation process. She didn’t want to admit to herself that she needed a legitimate ‘front’ for her unacceptable wish. So she lied to herself and didn’t admit her own manipulative strategy to herself. She couldn’t possibly like herself if that’s who she was – weak, cowardly and someone who ran away from problems instead of facing them. So her psyche tuned out her needs and left her with the sense that she was the innocent perfect partner, finding and giving him the answer to his dreams.

But Marvin knew in his gut that there must be something in it for Selina. He knew about that part of her that wanted to pretend she had no ulterior motives and it pushed every alarm bell in him until the noise drowned out the thrill of a trip to Malta. All he saw was that he had to do a ton of work to ensure he met the deadline for entering the contest and claiming the vacation, and it didn’t feel right. That’s when he called her out and she felt her ‘good’ deed shatter to shreds.

Leaving out the bit about what an enormous relief it would be for her to avoid the evaluations meant that she lied to Marvin about her real intentions. Her first priority was to get away from her office during the evaluations. She just happened to see the vacation contest and used that as a way of getting what she needed but dressing it up as if she was thinking only of Marvin’s happiness. But to admit that she was using him because she was too weak to face up to her fears was unbearable, so she lied to herself and then to Marvin. Shame about her selfishness made her push it out of her consciousness awareness. By excluding the ‘bad’ part of her motives, she was left feeling good and unselfish, until Marvin smelled the lie.

How can Selina be more honest to herself and safeguard her relationship?

Expressing her fears about the evaluations to Marvin would have been an excellent way to create understanding between them of how challenging the ordeal was. But for that kind of communication to happen safely, Selina needs to accept that she isn’t perfect, and that its okay. Accepting that she has good bits and bad bits, ugly parts and beautiful parts, angry bits and calm parts………and that it is all part of being human, then she would be real. Marvin would experience her as genuine and not fake or manipulative.

Then- she wouldn’t be scared of the evaluations, or want to run away. If she didn’t need to runaway she wouldn’t need to cover up her shame. Without shame about being human and not perfect there is a normal exchange of experiences and emotions that allow for a real relationship where lying isn’t necessary.

Perfectionism may be ruining your relationships

Uncover the hidden motives that sabotage your success

Disclaimer: this article is for informational and educative purposes only. There is no liability on the part of Dr. Raymond for any reactions you may have while reading the article or implementing any of the suggestions therein. Interacting with this material does not constitute a therapeutic relationship with Dr. Raymond, PhD.