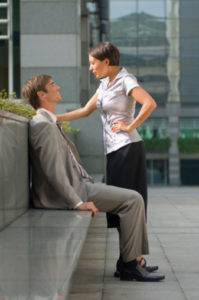 Gina a twenty-seven year old recent law school graduate was bubbling over about her acceptance as an intern at a prestigious law firm. She jumped into the car when her thirty-two year old husband Jake, vice-principle at an elementary school came to pick her up. She started talking excitedly before she strapped her seat belt on, but was gutted when she was abruptly cut off in mid- sentence. Three sentences into her monologue Jake sighed, avoided eye contact and told her he had to concentrate on the traffic!

A stony silence choked Gina and Jake as they drove in what seemed like an endless journey to their apartment. Gina pretended Jake didn’t exist as she got changed and started dinner preparations. Inside she was seething with rage at not being allowed to share her experience. She talked to Jake in her head about how mean he was, how little he cared for her, how he never had time for her and how he was also too busy with his stuff to listen to her. 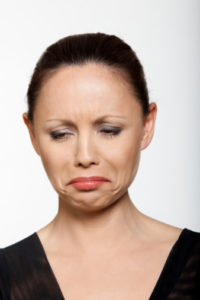 Dinner was dumped on the table in protest at being shut down. Startled by the force with which Gina served the meal, Jake asked if she were upset.

“I am interested, I just couldn’t deal with it when I had just come from work, had a ton of stuff on my mind and had to contend with rush hour traffic.” Jake remarked.

“Well it’s too late; I don’t feel like talking now.” Gina closed the conversation as they ate dinner in unspoken combat. 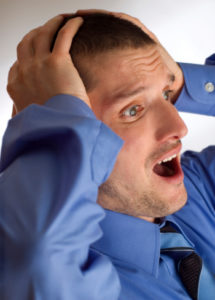 The next evening Jake interrupted Gina’s online research for her internship:

“Oh my God! I just got a call from a parent who is accusing a teacher of molesting her daughter. Oh God! Just what I need! Now I have to interview the child, the teacher, the other students – it will get into the press, the school district will be all over this – I can’t make out exactly what went down – it’s one of my best teachers……………” he worried  out loud to Gina.

Gina was poker faced working on the computer while Jake vented out his stress to her. Three phrases into his outpourings she commented, “School principals have a lot of responsibility. You have to take care of so many different people and their interests.”

Now it was Jake’s turn to feel gutted! His flow was completely cut off and now he was livid at being strangled in full flight. He stormed off into his study and started making calls to school staff and administrators to get a jump start on the problem. All the while he was thinking that Gina didn’t care about him, that she cared more about impressing her new bosses than about his real life serious crisis, and that she was too busy with her stuff to make room for him!

You can see that when Gina was ready and needing to talk and get heard, Jake wasn’t, and vice versa.

Both felt angry at being shut down when they were ramped up and raring to go. Both felt unable to hear and participate in the conversation when their partner was overflowing with stuff to share, be it good or bad news!

Why wasn’t Gina able to remember how bad she felt the day before when Jake had shut her down? Why couldn’t she put herself in his place now, and open the door?

Why wasn’t Jake able to remember that when he wasn’t able to handle Gina’s news the day before, and use that memory to understand that Gina might not be able to handle his stuff?

The answer lies in the fact that they were speaking different languages!

Gina was in a charged emotional place when she blurted out her excitement about her internship. Jake however was in an intellectual place, thinking about the traffic – something outside of both of them. When both partners are focused outside of the relationship there is no thread to hold them together.

When Jake was in full flight about his crisis at school he was in a heightened emotional state. Gina on the other hand was in an intellectual place, talking about professional responsibilities.

Neither Gina nor Jake can handle their partner’s emotions when they are intense and threaten to take over the other person.

So they defend themselves using the cerebral coldness of intellectualization. It works like a charm in terms of stopping the intrusion of big emotions from their partners, but it does long term damage:

·         Neither of them learns to empathize and handle each others feelings so that it gets to be more comfortable.

And so it goes. 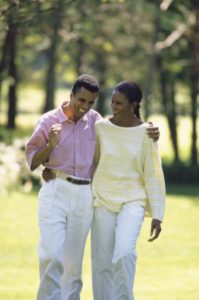 How can Gina and Jake improve communication skills and mend their marriage problems?

By coming from the same place – if Gina is in an emotional place, Jake has to meet her there by sharing his own. Then they speak the same language and can start to feel heard and understood. If Jake is in an emotional place, Gina needs to remember what it is like when she is stressed and join him there in the emotional realm. Then when they both feel seen, met, acknowledged and accepted, they can work on the issues that need a more intellectual approach. But at least they will both be on the same page, and secure in the knowledge that they are together and united.

Jake could have met Gina’s emotional excitement by saying something like:

“I’m thrilled for you, but right now I’m a bit anxious about a parent who was irate about something and I’m holding my breath waiting to find out how serious it is. I want to celebrate your good news so can we just wait a bit to see what happens with my news?

One bonus gift they can give each other to improve communication:

The secret ingredient for empathy – part 3

Five ways to find and keep available partners without sabotaging yourself