Your job is going well, and things are fine with your significant other. You don’t have any conflicts with friends or colleagues. There are no financial problems weighing on your apparently full plate. Yet you are feeling anxious for no reason! 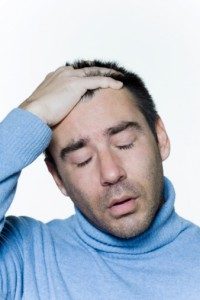 Feeling anxious for no reason seems weird. Yet you find yourself worrying about fulfilling a to-do list in your head that grows exponentially with every waking moment.

You get stressed out and need relief. You may eat or drink to numb the stress. Perhaps you work out, start a cleaning blitz, or get into your phone and get lost in games, videos or social media. The stress lessens, and the overwhelming worry about not taking care of things properly and on time recedes. But it wears off all too soon, and you are thrown back into feeling anxious for no reason.

Feeling Anxious for no Reason Cuts You off From Reality

Daryl a 43-year old currency trader couldn’t remember a time when he didn’t feel pressured and stressed to prove that he was able to ease the wounds of conflict in his tense home, growing up with a critical mother and controlling father. He was constantly reminded that as the eldest child it was his responsibility to ease the turbulent emotions of his parents and siblings who relied on him for their well-being. Vigilance was part of his nature. He dared not let up and take a break to be a child and enjoy opportunities for innocence without the threat of being blamed for breaking up his family – which would result in him feeling like he had no parents.

But now, with a good paying job and a young family of his own, the anxiety persisted. He didn’t have the massive pressure to keep his family together and peaceful as he once did, but it still felt that way. Feeling anxious for no reason became the norm, and he couldn’t shake it. The reality of his current family functioning well was blackened out by the power of his previous anxiety. He overlaid what was once a genuine reason to be anxious on a very different situation; feeling anxious for no reason in the real world.

Feeling Anxious for No Reason Doesn’t Respond to Mindfulness Exercises

When Daryl got into one of his anxiety states everything around him felt far away and insignificant compared to the powerful world of fear- even though he was feeling anxious for no reason. He was sealed into an inner imaginary world where a cascade of calamities engulfed his mind, spirit and body – with a racing heartbeat, dry mouth, and tension in his stomach muscles, shoulders and jaw. The Adrenalin in his blood stream pulsed nervous energy into his body, matching the speed of his galloping thoughts spelling disaster if he didn’t up his game and take preemptive action to avoid the disasters that played like a relentless video loop that he had no way of controlling.

If he didn’t make the right set of trades by the end of the month, his boss may demote him – if he didn’t wine and dine certain customers they would find other traders to make money for them – if he didn’t outdo his new colleague he would get the bum jobs and low commissions – then he wouldn’t be able to pay the mortgage – then his family would be homeless – and that would be the end of the world!

Even when Daryl tried to bring himself back to reality by a mindfulness exercise and fixing himself in his natural surroundings, the feeling of anxiety for no reason smashed these precious moments and crushed him.

There was a reason why attempts to ground himself in reality both physically in nature and mentally in recognizing that everything in life was fine – it was to protect himself against the terrifying possibility that there would be an empty space where the anxiety would have been – and that the gap would be filled with one of two things, both equally awful:

So now, feeling anxious for no reason makes sure that there is no place for others to take root inside him and determine who he is and how he has to serve them.

Feeling anxious for no reason, despite its discomfort and stress allowed Daryl to feel in control of his own mind – even if he suffered to do it, it was infinitely preferable to losing his autonomy, and dehumanizing himself to serve others. 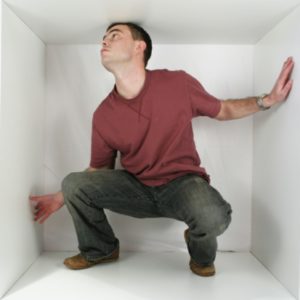 Feeling anxious for no reason kept Daryl at an emotional distance from his family. He was so consumed with trying to take care of them and prevent his children from being burdened with his emotions (as he was burdened with his parents unregulated feelings) that he walled himself off, unable to be accepted and enjoyed for who he was.

It never occurred to Daryl that he could count on his kids to love him unconditionally – that he could trust them to come in and out giving and taking love, comfort and mutual validation, without taking root and sucking him dry. It was such a foreign thought and experience that he found it incredulous.

Similarly, with his 40-year-old homemaker wife Marla, who complained that Daryl was never ‘present,’ and was emotionally unavailable. She blamed him for their lack of closeness – which in turn triggered his lack of trust and safety. It added to the pressure he felt to make things right. But he attempted to do it from an emotionally distant (but safe) spot which just proved Marla’s point!

The only way to get out of this vicious cycle is for Daryl to have regular, consistent and reliable safety with a nurturing adult who allows and encourages him to have his own mind. Daryl found this in his individual therapy. It was the only time in a relationship with another human being where all the space was for him and his thoughts and feelings were wanted, treasured and accepted. It took a long time for Daryl to feel safe enough to allow his therapist to offer him genuine care and support. But once he felt it going in, he became hungry for more. He realized his feelings and needs did matter, and added couples therapy to the buffet. He used his experience in therapy to communicate with his wife about his fear of chastised and taken over. Marla had a tough time with this new part of Daryl showing up, but, by persisting with couples therapy she began to understand why he would often check out. Both were able to shift their stances in feeling safer with one another rather than view each other as burdens to be taken care of.

Daryl then included family therapy so that he and his wife could learn how to parent their kids without burdening them. Talking about their family of origin experience created bonds of understanding, empathy and connection deepened the safety he experienced in being bathed in love and care. His wall was down more often and he used the good stuff to create a self-identity that matched his authentic self.  Feeling anxious for no reason became less frequent and easier to get out of and stay out.

By dr_j_raymond| 2019-10-29T17:44:09+00:00 October 16th, 2019|Anxiety Treatment, Couples Counseling, Family Counseing, Family of Origin Counseling, Insecurity Counseling|Comments Off on Are You Feeling Anxious for No Reason?