Is your marriage in trouble because you and your partner don’t communicate?

Are you frustrated and angry that you never know what’s going on with your spouse and resent having to ask?

Maybe you feel that your partner is not matching your expectations but have given up on trying to get through.

If you are the husband you probably keep it in, make jokes about marriage with your friends, and try to keep the peace at home. But you are not likely to go to your family and talk about it – not to them, and especially not to or with your wife!

But, if you are the wife, you may drop little hints here and there to your husband that he is disappointing or annoying you, maybe even hurting you by not being as involved as you would like.

Feeling alone and burdened in the marriage makes women more likely to try and get relief by talking to their family members.

It’s usually another female who will understand their situation. Women disclose far more about their marriages to family members and friends than men for good reasons:

Often women feel afraid to have it out with their husbands for fear of conflict that may lead to separation or divorce. So they go outside to a family member, unaware that they are actually increasing the chances of a breakup. 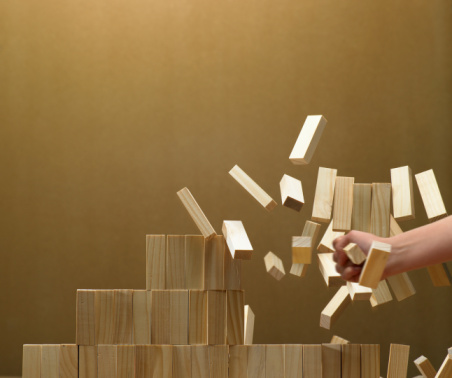 4 Ways Women Harm Their Marriages By Consulting A Family Member

1. They ally against their husbands with an outside family member, making the marriage unstable.

2. They avoid confronting the hurt, the unfulfilled wishes and dashed hopes with their partners – making the chasm between them ever wider and deeper.

3. Their experiences of feeling unloved, unappreciated, taken for granted and burdened with duties become exponentially worse.

4. The rift between the couple evokes similar feelings of being unloved, unimportant and not needed in the husband when his wife spends more time and energy talking to a family member than him.

This video tells the story of Efram and Taylor who reached a crisis of non-communication 15 years into the marriage.

Taylor spoke to her sister about her anger, sadness and disappointment in her husband. Taylor and her sister  became the ‘couple’, leaving Efram on the outside feeling dismissed, criticised and unfairly maligned by both. But what really bugged him was that Taylor’s sister was the one to tell him what was upsetting to his wife. Taylor’s refusal to talk to him directly made him mad, causing him to blow up every so often. It scared Taylor when she felt his wrath of self-defense against this illegitimate  ‘couple’ making her retreat even more.  She sheltered under her sister’s mantle, and the war became a proxy – Efram against his sister-in-law, standing in for Taylor.

The crisis peaked when Efram wanted to banish his sister-in-law from their lives. He threatened Taylor that she had to choose between her sister and her husband. That’s when Taylor felt squeezed, and fearful that she was in a no-win situation.

First they got a chance to look at their lack of communication as a norm, and explore why that was the case.

Next they gained awareness of how they both withdrew into their corners when they felt bad, rather than pay attention to it, share it and get feedback on its purpose in the relationship.

Acknowledging that this scenario was unsatisfying but safe, they began to explore their fears of telling one and other what was really going on.

They learned to observe how they ignored each other when one spoke genuinely, and started a conversation about why their partner’s feelings were so threatening.

A few weeks into therapy Taylor acknowledged her role in causing the rift by bringing her sister into the marriage to speak for her.

As the saftey level increased, I was able to alert them to their common feelings of being insufficient, not good enough and ultimately unlovable – all stemming from their neglectful childhoods.

Understanding those common feelings and their roots made things less personal and slowy they were able to discuss what they meant to one and other, instead of repeating their patterns of accusations, defenses, threats and silent treatments.

Taylor and Efram began to learn about each other: something they had never bothered to do. Once they learned how to get in touch with their feelings, name and share them in couples therapy they got to know the true person behind the mask of spouse.

Taylor’s sister took a back seat in the marriage and eventually was excluded. Taylor felt confident enough to fully invest in Efram, and that in turn made him feel wanted and important enough to participate fully in the marriage.

Watch the video and get a ringside seat showing how this all went down.