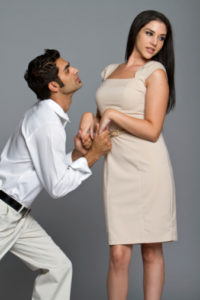 Surviving separations may conjure up major milestones like the loss of a loved one who has moved away or passed on – in other words, a physical separation. But it’s usually the micro separations from the moment one is born that have massive emotional impacts and determine how well you will adapt to and manage to reunite successfully in long term relationships.

Surviving separations begins at the moment you are literally cut from your mother’s placental cord and have to breathe on your own. It’s the first test, and only works if you and your mother reunite soon in a new way that involves holding, eye contact and feeding where a different but more permanent type of relationship is forged. Surviving separations that are of a physical nature in a healthy way is possible and probable, but only if the emotional ties get activated during the physical distance.

From the moment she came out of her mother’s womb Jenny, the second child in the family was described as ‘glomming on’ to her mother. Her childhood was scarred with experiences of intense and unbearable distress when her mother was busy with something else. Jenny clung to her at all possible times including at night in mother’s bed. Somehow Jenny as a fetus had already felt insecure about her mother’s emotional availability and tried to ensure her nearness after birth. Later, her mother ‘disappeared’ into alcohol and prescription drugs to deal with an emotionally abusive husband whom she couldn’t stand up to. As a young adult Jenny chose romantic relationships where she repeated the patterns of being abused, and emotionally abandoned. In her therapeutic work she discovered how her traumatic experience of surviving separations in an insecure manner made it difficult for her to fully give herself and maintain a healthy adult relationship. Instead she excelled in her field as an interior decorator for the rich and famous, having affairs but never settling down.

Examples of surviving separations both physical and emotional in early childhood:

• When your mother puts you down after holding you, and you can no longer feel the bodily contact
• When you are nudged to go to sleep and thrown into another world
• Abrupt weaning from breast to bottle, and bottle to solids
• When your mom goes to work and leaves you with someone else
• When you are separated from a favorite toy because it was thrown out with the trash
• When you are taken to pre-school and your caregiver leaves until you get picked up later
• When a loving smile is withdrawn at the realization that you have wet your pants, setting up a spiral of shame

Sanjay, the eldest of four children had no memories of ever playing with his mother. She was not affectionate and treated him as an extension of her. She enjoyed getting comments from others about what a cute kid he was, and took some pleasure in dressing him and showing him off. If she needed a cuddle she would hug Sanjay, but it was rare that she was tuned into when he needed to be held, comforted, and engaged with. So he put all his energies in excelling at school where he won awards and was popular with his peers. That was his way of surviving separations that were both relieving (because the togetherness was so unsatisfying) and disappointing, leaving him with a huge hole to fill.

He was successful after graduating a prestigious college but found it difficult to make connections with women. His longing for a reliable and loving partner was impeded due to a sense that he would be a burden, or used and abused – another way of surviving separations defending against the existential threat of apparent closeness, a teasing promise never fully materializing, but leaving him traumatized in the process.

He excelled at his job and fed himself on the camaraderie, but succumbed to alcohol as a way of numbing his sense of being unlovable. Perfectionism became a refuge, and whenever he slipped up, he turned to alcohol for solace. Surviving separations that were so out of tune with his needs propelled Sanjay in finding something reliable – alcohol.

Years later in therapy he got in touch with his grief at not being wanted and his futile attempts to prove he was lovable through be good at school and his job. He came to understand that his manner of surviving separations were doing more damage as their protective effects diminished. Sanjay slowly allowed himself to be loved as a worthwhile person through the consistency, reliability and security in the therapeutic relationship. All the threats about separation and reunions were played out in the therapy setting which gave him the chance to develop a security that allowed breaks in sessions without feeling lost and forgotten or thrown out. Surviving separations in the therapeutic context took on a healthy format, while allowing the pain of the previous ones to be expiated. As he grew in self-confidence and self-love he began to seek out women who responded to his comfort with himself and continues to develop his relationship skills.

Examples of Surviving separations during interactions with a loved one, resulting in emotional destabilization

• When you want more food, and your loved one frowns, or takes it away from you before you are full and satisfied
• When you reach out for your loved ones hand and get brushed away
• When your loved one stops interacting with you and talks to someone else on the phone
• When your partner gives you the cold shoulder leaving you in a state of stressed limbo about the restoration of emotional contact
• When a breach in trust creates a vast emotional separation leading to villainizing and depersonalizing one or other partner
• When boundary violations of privacy and personal autonomy dehumanize one person so that there is no basis for connection

Brenda came from a very close family. Her parents and siblings were joined at the hip. Their world was merged so that no one person had to feel the ups and downs of life outside their bubble. They had one mind and one heart, making separation impossible. It was taboo for any of the siblings to have partners outside the family, and if they did, that partner was subsumed into their clan, taking on their identity and losing his or her individuality. Brenda excelled in playing the cello. Performing in concerts and recording in orchestras was a way of being separate that didn’t violate the family unit. When she was attracted to a man and dated him the relationship never got off the ground, fizzling out fast. She felt rejected and hurt, wary of men and romantic relationships, because the men couldn’t be trusted to betray her with other women. Surviving separations was too painful.

Brenda’s relationship with potential partners was based on suspicion. How could her boyfriend want to be with other friends when he had her? She was cast in the mold of her family who only needed one another and filled each other up. Until she started therapy as her fortieth birthday approached, she had no idea that her family had not prepared her for the normal separations and reunions of life such as going out with friends, or taking on a hobby that didn’t include her. Her jealousy and interrogation together with her scolding put the guys off. They weren’t cheating but to her it felt like it because anything undertaken without her was in her mind an act of betrayal. Surviving separations was all but impossible for Brenda given that her family had not allowed each member to be an individual in their own right. It took a long time for Brenda to have an alternative experience of connection and separation between appointments in therapy to give herself the chance for a more normal romantic relationship where she could survive separations without triggering abandonment issues. 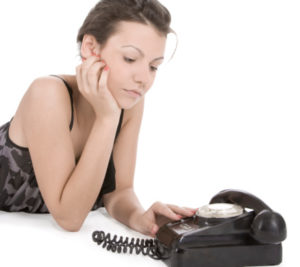 Surviving separations in ways that impact all future attachments negatively

If you are uncomfortable, unsafe and insecure in your romantic relationships, it’s most likely you had traumatic and abnormal experiences of separation in your childhood. It becomes hard to regulate your emotions and feel safe if your partner socializes with friends or gets stuck into sports events or hobbies. Everything that isn’t focused on the moment to moment experience with you feels threatening and unsafe. So you unconsciously seek out and repeat those same traumas, reinforcing them since it is in your emotional DNA – ending up with never settling down, having serial monogamous or polyamorous relationships with no center of gravity. Your survival of traumatic separations described above has all but ensured negative outcomes. 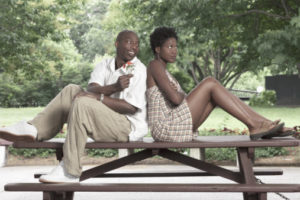 Since separation and reunifications are such regular and normal parts of life, they need to be taken seriously. Preparing the infant, child, teen and adult is the key:

1. By talking about it well in advance if it a prolonged experience such as a work trip.
• What does your loved one imagine it will be like for you and for them?
• What are the fantasies around the separation and reunion.
• What are their worst fears and best hopes?

For young children even going to the store may involve a traumatic separation experience if you don’t talk about and prep them for it.

4. Keeping in touch or not as circumstances allow

Spotting Insecurities and Dealing With Them in Your Relationship