How do I impress her?

Why can’t Tyler get a decent date?

After the basketball game twenty-six year old attorney Tyler joined his colleagues for a drink at the bar. He was immediately drawn to an attractive woman. Their eyes met, but before he knew it she was flirting with one of his team mates while he was left out in the cold, alone, confused and extremely anxious. Was he just too slow in making his moves? Did the other guys have some special signaling cues that he wasn’t aware of?

He lost his chance with the girl he was drawn to.

He tried making small talk with other girls, but his heart wasn’t in it, so he went home early, lonely, tired and desperate for dating tips to help relieve his anxiety about being single and dating forever. On his way home his mind flashed to the girls he had dated in the past. They were girls who other people had found for him, and though they were pleasant, they didn’t make his juices flow.  He recalled how disappointed he felt when they opened their mouths or when they described their jobs. They never seemed to fit his criteria for prospective wives. He dated them once or twice just to be polite and honor the efforts his friends had made to set him up.

Flicking through the channels on his television when he got home left him frustrated. He had a high status job with excellent prospects for promotion, he earned good money and wasn’t stingy when it came to taking a girl out. So why couldn’t he get a girl that he wanted, and why did the girls who wanted him seem so unsuitable?

Tyler was so anxious about finding a wife before he was thirty that he decided to spend the next Saturday looking online for dating tips, and for advice on how to deal with anxiety. After doing his searches he felt pumped up and determined to use the best dating tips for men that very evening at the local singles bar. 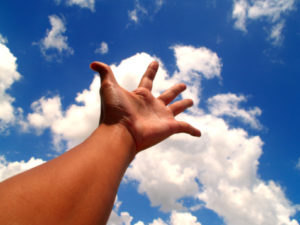 Armed with his newly found dating advice about how to approach a girl, what to say and how to get the conversation going, Tyler dressed up and went out to find himself a girlfriend.

The bar was full of attractive women making Tyler feel lucky. He was attracted to a stylishly dressed girl who seemed interested in him. He went over and performed exactly like the dating tips for men had suggested. They were laughing and chatting as they flirted with one another when suddenly Tyler felt a massive pressure in his chest.

Tyler was drowning in anxiety about his performance.

He needed to prove that he was a good honest professional, that he lived in an upscale neighborhood, and that he could afford expensive cars and restaurants. He needed to impress this woman with his credentials, successes, and status or else she was going to look around the room and attach herself to someone else. And then the chances of him finding a potential wife would be doomed.

Tyler coped with his anxiety by getting serious. He turned flirting into a stressful job of creating a good impression. The budding date morphed into an interview where Tyler was selling himself, and it was hard work. He was so concerned about his escalating anxiety and the possibility of failure that he didn’t see bored look on the woman’s face.

Making the whole venture into an interview for future partnership destroyed his chances of enjoying the date.

So how can Tyler deal with anxiety and get the girl?

As Tyler enjoys being with a girl just because they click, his anxiety will disappear since there is no pressure to perform or impress. He will find dating fun and be more natural with the girls he finds attractive. When he spends more time with the ones he really likes the path to finding a spouse will seem easy and enjoyable.

Is your style of flirting working for you?

How to converse with your date so you both feel special

Do you regret rejecting a possible partner and ending up alone and scared?