Do you want your words to get through to your partner?

Do you expect your words to have an impact on your partner, so that they will pay attention and respond in a way that makes you feel you matter?

Don’t you want your feelings to be important to your partner?

Wouldn’t you like to receive warmth, comfort, sympathy, and investment in your experiences?

I’m sure you answered yes to all of the above, but wonder if it’s possible, because all your efforts have fallen on deaf ears. Well, you are in for a surprise. Tune into the video and or read the article to discover how your approach towards your partner is the key to getting all of the above.

In this second of the series on couples communication issues, you will learn why your partner shuts down, shuts you out and shuts down the relationship. You will also discover how your expectations of your partner’s words and intentions can effect receptivity, making the difference between being invited in, or being shut out.

Let’s take the example of Rachel and Byron who have been married for some time. They rarely talk except to inform one and other about practical and routine matters. They don’t share their experiences and connect, but wait until they are mad at not being treated as they expect, and start on a rampage of accusation and threats.

Rachel feels that she is burdened with responsibility. She feels unfairly taken advantage of, and wants Byron to do his fair share and be ” the man.” When she lets rip, Byron feels scolded like a naughty boy.

Her approach is to criticize, judge, blame and shame. So what do you think he is going to do next time Rachel comes at him?

Byron protects himself in his impenetrable castle

Yes, he is going to put the walls up to protect himself from being humiliated like a little kid. He goes inside his castle, locks the doors and windows and puts cannons in their firing positions. Armored up and fully defended he lets her rabbit on until she is done without actually hearing anything she has said.  He is out of her reach and safe from her demeaning wrath.

How do you think Byron will respond after Rachel is done ranting? What will his approach towards Rachel be? He has two choices.

He can either ignore Rachel completely and go about his business as if she hadn’t said anything, or he can attack back. 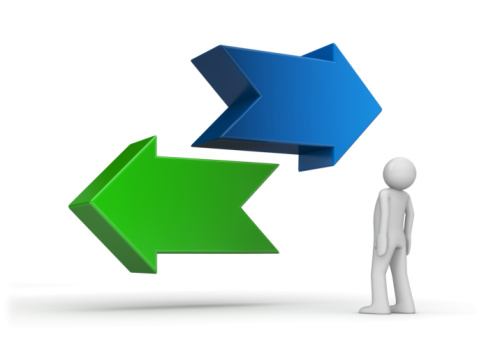 Attack back or ignore?

Filled with strength and resolve, he chooses to attack back. Remember that attack is the best form of defense – so he mobilizes his anger and tells her in no uncertain terms that she has no right to speak that way to him, and that he doesn’t deserve to be treated like a disobedient child. He accuses her of not ‘getting’ him and being completely out of line. He draws a line around himself telling her that this is his private space and she should butt out.

So, what will Rachel do when he approaches their couples communication issue in this way?

Yes, you guessed right again. She too will put up her walls. Encasing herself in a thick suit of armor, she won’t let anything he says come inside her well guarded chamber. His words just ricochet off her metal suit without having any effect.

Both approach each other with attack as a way to defend against what they believe to be tongue lashings without foundation.

Therefore there is no sense of safety for either of them.

Without a sense of safety there is no curiosity or interest.

The absense of curiosity and interest rules out receptivity.

They don’t feel invited to participate in a conversation and take each other in.

So empathy is non-existant resulting in no connection and no intimacy.

What’s the scene they are repeatedly acting out?

Authority figure versus disgraced child!  Swithching roles as they attack and defend.

The scene is one of an exasperated and tired parent admonishing a naughty uncoperative child. The parent figure has authority and the child figure goes into his or her shell to avoid the bruising words that would otherwise make them feel unloved and unwanted. 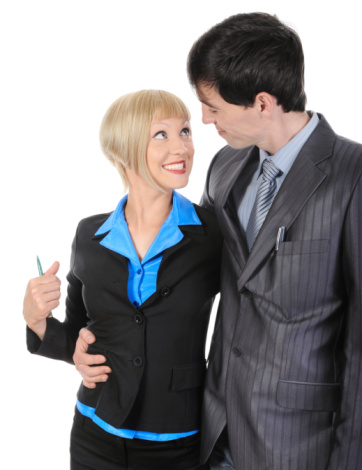 In my therapy office I asked both Rachel and Byron how they felt when they said their piece to one another. Both described feeling unseen, unheard, irrelevant, unimportant and hopeless. They agreed that they didn’t feel inclined to respond to one and other.

That’s when I brought up the subject of how they approach each other and the effect that has on whether or not they receive a response that makes them feel heard and attended to. Byron had already made up his mind that there was no point addressing Rachel with his feeings because she wasn’t going to understand and that would be more upsetting for him than not trying at all. Rachel indicated that Byron didn’t care about her feelings so why should she make herself vulnerable and talk to him.

Both had gone behind their impregnable walls, holding their battle positions. Behind those defensive walls they were longing for tenderness, understanding and acceptance without judgement. But neither trusted the other to put their preconceived ideas away, and resisted taking the risk to connect.

UNTIL I asked each of them how they imagined their partner might be feeling if they were upset, and unhappy in the relationship. Byron correctly identified that Rachel may be feeling alone and scared. Rachel identified Byron’s sense of coming second to her family and job.

A Different Approach Makes All the Difference : seeing the good parts of your partner

Byron was encouraged to get in touch with something he appreciated about Rachel and start by telling her about that. He mentioned his gratitude for her good organizational skills when they went on trips, so he could focus on the car worthiness.

Rachel too was prompted to find something she was grateful for in Byron, and talked to him about his wonderful way with the kids at night, interacting with their bed time routines, playing, reading them stories, tucking them in and staying with them till they fell asleep.

Then I asked how they felt hearing that their partner saw and valued parts of them that were never acknowledged, especially when the heat of upsets spiralled into blame and hatred.

It was as if I had just breathed life into each of them. Eyes lit up, shoulders upright and smiling, they looked at each other with hope and longing.

Approaching with a genuine observation of your partner’s valuable actions, makes sure those walls never go up. The welcome mat is out, doors are open and you can walk in feeling that your voice is going to be received with care. If you are on the receiving end, you don’t have to defend against ridicule or humiliation. Your goodness has been acknowledged as the first and most important thing by your partner. Now you have room to listen and tweak the knots and bumps in the road.

Men and women have different fears preventing them from discussing marriage