Home/Anxiety therapy, Dating, Intimacy, relationship issues/Where to Find a Boyfriend When the Current One is No Good?
Previous Next 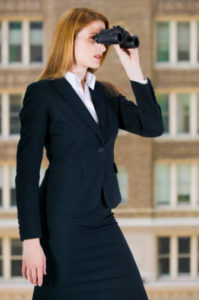 As the six week new beauty product launch project wound down, thirty-six year old Gina felt sad that the closeness and unity of the team was about to shatter as they all went their separate ways. She would miss the happy family they had created in order to get the job done, but understood that good things came to an end. What she couldn’t let go of was the fluttering of excitement and hope she felt when she thought about getting to know Brett on a more personal level.

Forty year old music coordinator Brett had a presence about him- so different to her thirty-eight year old boyfriend Trevor, a chain store executive, who was fun to be with but didn’t have his act together when it came to tying the knot of their two year relationship. Brett got things done, he was reliable, he was strong and he was attractive to boot. Trevor was affectionate, but he was a bit wishy-washy and didn’t inspire Gina with confidence that he would take their relationship seriously by setting up home with her.

Gina wanted to spend more time with Brett. She wanted to be ravished, labeled  as “his” and taken care of accordingly. Her whole body tingled with excitement and sexual energy when she thought of being ‘Brett’s woman.’ She was determined to seduce him into a frenzy of desire for her so that he would show the world that she was his one and only cherished and precious person. 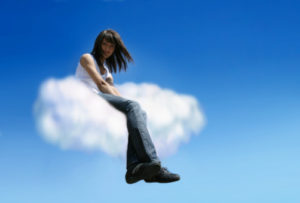 Where to find the right guy, find love and find a husband?

Fantasies of life with Brett filled her waking moments. Times with Trevor felt disappointing and unsatisfying. Yet only three weeks ago before the project began Gina had felt close to Trevor. They went out as a couple, shared their experiences and hung out with a comfortable physical intimacy in public and in private. Then two weeks into the project Trevor had opted out of a date to attend a high school reunion party because he had to manage a work seminar at one of his stores. Gina was mortified that he wouldn’t be there as ‘her man.’ More than anything else she wanted to show up with Trevor and feel like she had made it- that her prince charming had found her and taken her out of drudgery and elevated her to the status of princess in his magnificent castle. He had committed the worst possible sin against her by destroying her most basic requirement of the relationship.

Gina’s anger was raw and grating. Trevor an angel two weeks ago was now the most evil of devils. Not only was he persona non grata but he needed to be severely punished. The best way of doing that was to dismiss, devalue and debase all the good stuff between them and paint it black. Gina browsed over her memories with search terms that read “let downs and wimpy behavior.” She got over 200 hits that justified her anger. Now she didn’t have to feel guilty about her desire to drop him and pursue someone who seemed to have all the qualities she wanted – namely Brett.

Brett now deposed Trevor as her knight in shining armor. Gina flirted with him and thrilled when he responded. She felt vindicated in her switching of boyfriends. She still hung out with Trevor except that his status had changed from boyfriend to unimportant friend. She made no efforts to be with or contact Trevor, reserving all that energy for Brett. 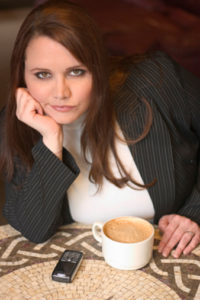 to happen or someone to show.

A couple of months later she saw Brett in a familiar embrace with a good looking woman at one of the bars they visited. Immediately Gina felt slighted and enraged. Her wonderful perfect man was paying attention in a very personal way to another woman. Brett now took Trevor’s place as the evil devil incarnate.

Despite Brett explaining that he was greeting an old childhood friend, to Gina he had done the unforgivable and betrayed her. He had dared to have feelings for someone else even if it was different and separate from their relationship. As far as Gina was concerned he was not worthy of her pedestal and down he fell, hitting his head hard as he tumbled.

Gina was already looking around the bar for another guy to replace Brett as her champion. It wasn’t hard to find someone who seemed to have the air of one who would fit right into her ideal. Trevor was gone, Brett was gone and a new person came into her world to amuse her and numb her sense of guilt, shame and loss.

Gina lived her life of relationships by idealizing a guy and then devaluing him the minute he didn’t match the ideal.

Yet she never gave them up altogether. She stayed in touch for companionship, collecting many men in her entourage, all of whom had been toppled from her tower of perfect carers. It’s what her father had done when she was little. He had gone from woman to woman changing them from intimate partners to acquaintances that he could connect with if he was lonely.  He never worked things through with the women in his life when things got messy. He just walked away and found someone else to ease his disappointment.

Following in her father’s footsteps is one option for Gina. The problem is that the periods between her being on cloud nine and feeling in the pits gets shorter and shorter. She is unhappy and angry for longer spells than she is feeling cared for and secure.

How can Gina enjoy a more stable, secure and satisfying relationship with a partner?