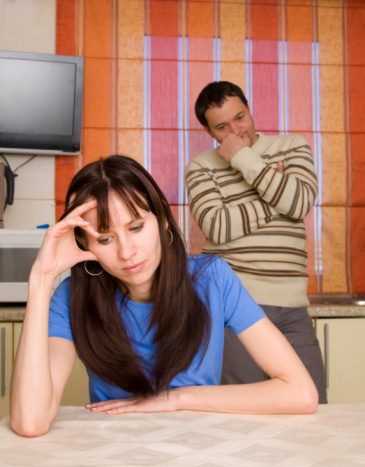 Who is committed enough to work through the bad times?

Do you feel that you are more committed to your relationship than your partner?

If you wonder why you seem to be more invested in working things out than your partner appears to be, then there might be a mismatch in the level of commitment each of you bring to the relationship.

Whether you are both strongly committed or both weakly committed is not the crux on which the relationship succeeds or fails. But where one is strong and other weak, it’s a recipe for mistrust, resentment and disappointment, as in the case of Arabella and George. 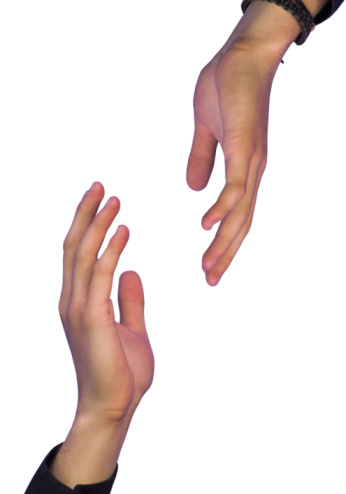 George was strongly committed to being a responsive spouse

Concentrating on his legal brief was unusually difficult for George. Flashbacks to the previous night kept intruding and disturbing his focus. He had returned home from work ready to discuss their child care problems as they both ascended their respective career ladders. A million different ways of resolving the issues flew into his head as he got changed and invited Arabella to talk with him. She worked on her computer answering him in monosyllables that gave the impression she wasn’t really listening. 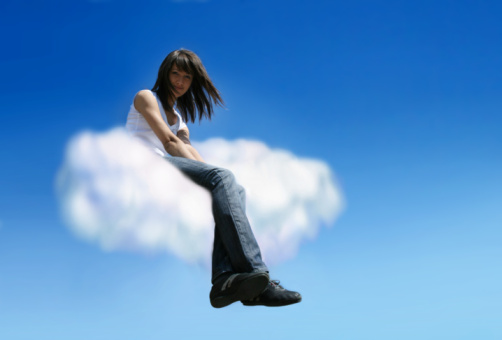 Arabella sits on the clouds, not committed to working through relationship problems

Arabella believed that thorns in relationships will take care of themselves

George hated the uncertainty of an unresolved quarrel. He wanted to sort things out in a way that made them both feel respected and taken seriously. He was willing to put time, effort and energy into finding common ground and making room for both of their needs. His number one priority was to have the rough edges smoothed over so that the family could enjoy some stability and harmony. Arabella didn’t feel the same urgency or need. Her focus was on the novelty of the software her company had just installed, the neighbor’s dog barking and the traffic snarls she faced on her way to work.

George’s strong level of commitment placed his attention directly on the marital relationship.

Arabella’s weak level of commitment placed her attention outside the marital relationship.

Arabella’s weak level of commitment ruled the roost. She had the major influence over the quality of the relationship. George couldn’t force her to participate in working things out, so she got the upper hand by opting out. His commitment fell on deaf ears.

A mismatch between levels of commitment in a relationship predicts dissatisfaction

How does commitment work in a relationship?

Research in a 2011 issue of the journal Psychological Science indicates that when a couple is matched in their level of commitment, there is less tension and conflict.

If you and your partner are both weakly committed to your relationship, it survives without either of you making a big fuss when you hit a road bump. Since neither of you has the incentive to work things out, your expectations are lower. There is less friction between you and the relationship ticks along without much upheaval.

If you are both strongly committed to your relationship, you work things out and patch things up. Each of you makes room for the other, assume the best of intentions and tolerate mistakes when your endurance and forbearance are strained.

But when one has a strong commitment to resolving conflict and the other isn’t that bothered, the ground under the relationship begins to crack and shake, spelling danger for its longevity.

What is the best predictor of being the strong link in a relationship?

If like George you grew up in family where differences were aired and conflicts were openly discussed, you learned that participation and engagement improved relationships. It gave you an incentive to work things out no matter how hurt or angry you were at loved ones. There was a strong commitment to working through the bad times because you were tolerated and loved despite the disagreements.

If on the other hand you grew up in an atmosphere where conflict and hurt were never addressed and or tolerated then you developed a weaker level of commitment to your close relationships. It wasn’t worth the risk of raised tempers and long held grudges.

How can Arabella and George both become strong links in their marital chain?

1.Sharing the commitment load is the goal to aim for. If George holds all the commitment, there is no incentive for Arabella to do her share.

2. George needs to spell out each part in the relationship as he sees it. He needs to spell out how he takes care of his part, and then give Arabella an opportunity to discover what it is like having a half share in a relationship. That boosts her desire and willingness to learn how to discuss differences. Offering the choice rather than giving ultimatums is the way to get results.

3. As Arabella’s desire for stability and harmony increase George can introduce small issues that they work on together so that she feels the benefit first hand. Arabella will then develop an increased capacity for commitment.

Disclaimer: the information in this article is for educational purposes only. There is no liability on the part of Dr. Raymond for any reactions you may have while reading the article or implementing the suggestions therein. Interacting with this content does not constitute a therapeutic relationship with Dr. Raymond.