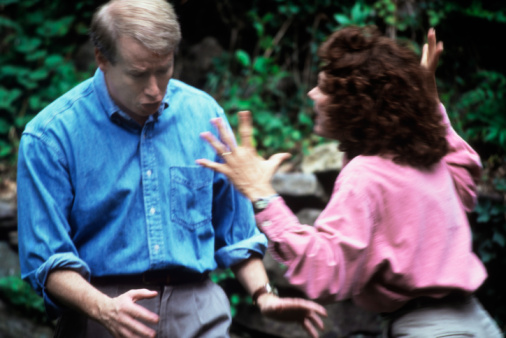 Do you feel like your partner is sincere and genuine when making promises to you, only to disappoint you later by not following through?

How does it affect your ability to trust and believe your partner when promises get broken over and over again?

Bonnie pretended that she wasn’t hurt by Jasper’s millionth broken promise of the month. He had promised to go with her to her cousin’s baby shower but backed out at the last moment saying he had some emergency at work. It was nothing new, and Bonnie had got used to it. On the surface she dismissed it as Jasper just being Jasper, but inside she felt upset and an easy target to be taken advantage of.

Sometimes she felt like giving him an ultimatum so that he wouldn’t assume that she could be fobbed off, and everything would still be alright between them. What annoyed her more than anything else was that she always kept her promises. She was careful never to make promises that she wasn’t serious about. Once she gave her word, it was a done deal.

How many more times could Bonnie swallow her disappointment and still believe that Jasper really cared about her feelings? 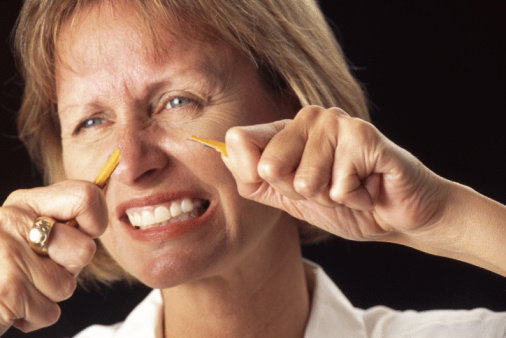 This time she was furious about his broken promise.

It wasn’t just affecting her personally but was a bad reflection on them as a couple. This time Jasper was also hurting her cousin and making Bonnie watch and live with the fall out.

It was more than she could take. Bonnie let rip when they were alone at home after the events of the day had taken them in separate directions. Bonnie let all her pent up anger, hurt and resentment burst out. Using her cousin’s hurt as energy, she hurled her pain and fury coated in verbal abuse at Jasper.

“You are a dirty rotten liar and what’s worse is that you think you can get away with it!” Bonnie yelled at surprised Jasper.

“I’m sick of hearing your meaningless apologies and looking at your fake wounded face! You act as if you’re the one who was treated badly, instead of realizing what you did!” she continued.

“I can’t trust you anymore. You promise things with such fervor and then pull the rug out from under me. You are two faced and I hate you when you lie,” she concluded.

Appeasing his wife turned into a nightmare Jasper didn’t expect!

Jasper was stunned. He had never seen Bonnie so worked up. It scared him to see how seriously she took this and for a moment he was speechless. He did mean what he said when he said it. He had every intention of doing what he promised at the time of making a promise, but when he no longer felt the need to appease or comfort his wife, the promise became a tool he no longer needed and it flew out of his mind.

Why does Bonnie keep her promises while Jasper breaks his?

Research evidence in the Journal of Personality and Social Psychology 2011, indicates that people like Jasper make promises that later get broken because they focus on their partner’s feelings in the moment of commitment. Their reason for making the promise is to soothe, placate, comfort or support. When their partner is feeling better and no longer distressed or in need of support the reason for the promise is absent, so people like Jasper don’t feel like they are breaking their word. The promise had a particular purpose in the moment of their partner’s upset, and is no longer necessary to follow through on.

Different motives for those who keep promises and those who don’t!

On the other hand, people like Bonnie keep their promises to their partners because it represents their integrity and self-image. Bonnie is focusing on herself and what she needs to do in order to feel good about herself and keeping her promise is one way of doing that. She takes her promises seriously and doesn’t promise things she knows she can’t make good on.

Jasper however is only focused on making Bonnie happy in the moment so a promise is like a piece of candy that quiets the distress – not something he needs to follow through on to feel like a decent guy. In fact he promises things he can’t possibly deliver on just to keep her happy in the moment, not because he has any sense of whether it is something he can or wants to do for its own sake. 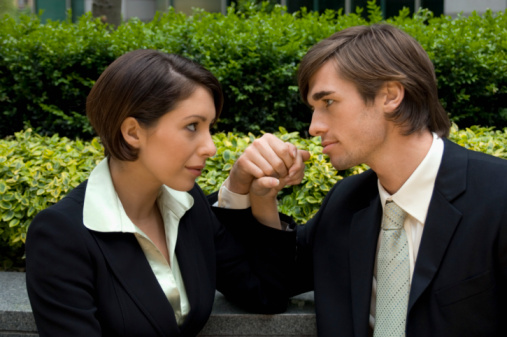 Figuring out motives for promises helps you get back on track!

So next time your partner makes promises that you are not inclined to believe have a conversation about their motives. Ask if they just want to please you in the moment and give them other ways of doing it. Then you won’t have to go through the ordeal of having to bear the disappointment and rage that comes when the promises are inevitably broken.

Disclaimer: this article is for educational and informational purposes only. There is no liability on the part of Dr. Raymond for any reactions you may have when reading the article or implementing any of the suggestions therein. Interacting with this material does not constitute a therapeutic relationship with Dr. Raymond.