Home/Anxiety therapy, Intimacy, stress/What Frowning Reveals About the Stress Level of Your Marriage
Previous Next 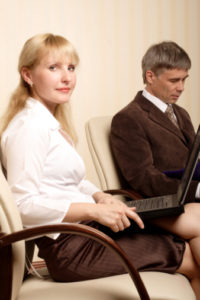 After nine years of marriage bringing up three children , thirty-two-year-old Maria faced each day reluctantly.  Her body felt heavy and the thought of doing another endless round of chores at home and after school activities with her kids made her head and neck hurt. Her thirty-four-year-old husband Carl’s invitation to take her out to dinner barely made a blip on her radar. She registered his intention to be kind and cheer her up, but within 10 seconds of acknowledging it, her forehead creased up in a tightly knitted frown, just as it had been before he made the offer.

Picking up her 14-year-old son Mark from swim practice that evening she noticed his excitement as he blurted out that he had come first in his category and had been selected to represent his school in an upcoming state-wide competition. Maria smiled for a brief moment – her eyes widened and the lines on her forehead smoothed out. But 7 seconds later, as Mark continued to talk about his achievement, Maria’s eyes went closer together as her frown returned to its now regular place.

Twelve-year-old Nicholas showed his parents his art portfolio that he had completed for a class at middle school. Again, Maria’s face lit up for a split second and then reverted to that pesky frown that now seemed to be her norm.

Carl, a creative director for a marketing company was usually high-spirited and keen to make the most of this time with his wife and family, but he too buckled under the pressure of the married life, constantly having to provide for everyone’s needs, while feeling like his own got buried under the strain. He too found it hard sustain the joy of his son’s successes. Having his favorite meal made by Maria felt initially pleasing, but before he had taken two mouthfuls, his facial muscles tightened into a severe frown, as he withdrew into a quiet state, burdened with the stress of marital and family obligations.

As an article in the April 2014 Journal of Psychophysiology  reported, chronic stress in marriage makes couples prone to depression. The study followed marital pairs for over 11 years, and found that as the stress persisted, members of the couple appeared unable to hold onto good moments and the pleasant feelings associated with them. Those with the highest stress levels and the least marital pleasure had the shortest time span of holding onto positive moment, and vice versa.

Constriction of the frowning muscles a few seconds after a positive experience showed that they let go of the good feelings very quickly. They couldn’t bounce back from every day stressors and the result was a depressive state.

The authors note that stress is a part of life and has to be accepted and dealt with in order to avoid depression. So how can Carl and Maria become more resilient to the everyday stresses of married life?

1.    They can make a point of noticing the good moments, no matter how short and write them in a notebook – just a few words to capture the experience.

2.    They can share their daily notes with each other before falling asleep, focusing on positives and releasing tension, which will help with intimacy and bonding.

3.    They can use affection and touch to enhance the relaxation and allow one and other to be loving and supportive.

4.    Then they can gradually block off time in their schedules to talk about their stress with one another, which by itself alleviates the pressure.

5.    They could attend couples therapy to find ways of sharing and communicating before the stress returns to chronic proportions and leads to depression.