Home/Couples Counseling, couples therapy, relationship issues/Lack of Desire For Your Partner
Previous Next

Does your relationship lack the physical intimacy you once enjoyed?

Is there a lack of desire for sexual passion in your relationship?

Physical intimacy may taper off as you and your relationship age. It may make the relationship feel stale, and lead to affairs in order to feel attractive and desirable while fulfilling sexual needs.  But it doesn’t have to be that way. There are many couples who enjoy physical intimacy throughout their aging process, adapting to the changes in their bodies because they have a need to be close to one another. The need to be close and intimate includes sex – but in a way where intimacy is an act of love for your partner rather than a duty, or just to satisfy a physical urge.

When sexual passion has been eroded, killed off or channeled into other areas of the relationship, it’s a sign that the couple have lost the capacity to love each other fully and completely.

What are the signs of lack of desire in a relationship?

Lack of desire to explore, caress and enjoy each others bodies as they change with age and health complications

Let’s take the case of the couple Matt and Jackie who had trouble building trust, and were challenged in terms of loving one and other for who they were. They found it hard to allow each one to grow and participate in that process. They lived in a constricted atmosphere of excluding new experiences, taking turns jailing and being jailed to keep the relationship afloat. They couldn’t love each other for who they were in these circumstances. They experienced a lack of desire for sexual passion. There was a lack of physical intimacy in their marriage. It was replaced by tension, demands, and testing each other out. Love just wasn’t in the picture.

Lack of Desire Reflects a Loss of Love For the Person

When Matt approached Jackie for sex, he lacked desire for her as a person, as his spouse , as his lover. He came to her as if she was his possession. He was already threatened by her wish to socialize outside the family, and he needed to kind of ‘put his brand’ on her. Sex was one way he claimed ownership of her. However it excluded any act of love. There was no intention to make her happy or to enjoy the physical closeness and sharing of bodies and emotions.

Lack of intimacy in the marriage bothered Jackie because she felt rejected and insecure. Sometimes she made an approach to Matt when she wanted to be back on his radar. It was an act of appeasement and a way of asking, “Can I get back on your radar as your spouse?”  She was selling sex in order to make Matt less suspicious and angry with her. Matt usually turned over and refused her. Both lacked the desire to love each other through sexual passion and fondness of each others bodies.

As time went by, Jackie began putting on weight. She numbed herself with food to deal with the tension in the relationship. Matt was disgusted by her weight gain. His lack of desire reached epic proportions. He fantasied about a celebrity female who had the perfect body and masturbated with that image. Sex became an act of self-pleasuring, not an act of mutual love between the couple.

Jackie was irritated with Matt’s bald patch on the top of his head. She was turned off by this sign of aging. It made her want to go out and have fun with others and deal with the reality of natural age changes in her spouse. She lacked the desire to be intimate. The lack of physical intimacy in the marriage became even more pronounced. 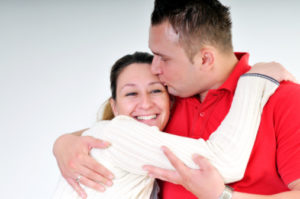 Lack of Desire Wanes When Love for the Person Returns

The lack of physical intimacy in the marriage was a threat that Matt and Jackie couldn’t ignore if they wanted to save their relationship. They came to couples counseling. At first Matt wanted me to help him bring Jackie into line, and was furious when I explained that the purpose of couples counseling was to bring a mutual understanding between the pair and restore desire. Jackie was so scared of losing the marriage she was willing to give into any demands. Neither came from a loving place, and it became obvious that the lack of physical intimacy in their marriage was a reflection of a loss of the capacity to love. The couple gave up, split for a while and then returned to couples therapy when they realized how awful it was without each other.

We worked on their wish and fantasy of a perfect partner who was always young and attractive, always available and understanding and permanently focused on their partner to the exclusion of all else. When each lived in their fantasy world, they had communication issues because they were encased in their own bubbles with no way to connect.

The trajectory from a lack of desire to finding physical intimacy again involved sharing their sadness about what they didn’t have and the reality that age and time changes the body. However if they loved each other as people, the body would be included. We started slowly with sitting close together, holding hands, putting a hand on ones knees, stroking hair and rubbing backs. Alongside the touch, I got them to talk about what it was like to have a partner willing to put in the work and improve their marriage. They talked of their fears that their bodies would repel their partner as it aged. Then they found humor and tenderness as they accepted the reality of change in appearance but not in regard for each other. Sexual desire returned gradually in the same proportion as their tolerance and acceptance of one anothers personal fears and needs.

Four Ways to Understand a Sexless Marriage and Make it work