Home/Anxiety therapy/Is Your Relationship Safe From Negative Comparisons Against Your Partner??
Previous Next 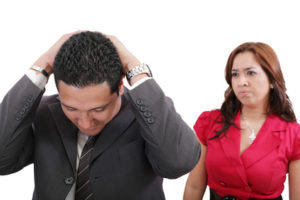 Getting dressed to go out to a friend’s house for a dinner party, thirty-three-year-old realtor Mara felt a pang of jealousy invade her body. An image of Ray, their host, always smartly dressed contrasted sharply with her thirty-five-year-old husband Seth, an entertainment lawyer, togged out in shorts, Hawaiian shirt and flip-flops! Driving to the event was uncomfortable. Mara wanted to disown her husband. She felt out of alignment with him and when they arrived at Ray’s place. Envy crept up from the pit of her stomach to the roots of her hair. She snapped at Seth, openly disparaging him in front of others.

All through the evening Mara saw qualities in other men that Seth lacked. She saw that most of them used intelligent humor in their conversations, while Seth was more racy bordering on vulgarity. Most men were clean shaven, whereas Seth had the 5-0’clock shadow. Quite a few of the men were spending money sending their kids to private school, whereas Seth insisted that public school was a better life experience. The more unfavorable comparisons she made, the more she felt disgusted and angry with her husband. She wished she had chosen that quiet boy from high school that had a crush on her, who was at the party, now a physician emulating Dr. Oz, and oh so distinguished!

Communication became strained as insecurity and stress flooded in

Aware of the coldness and contempt from his wife as they rode home, Seth had little idea what was going on in her head. All he knew was that she had treated him as if he were a bitter disappointment and that nothing could make it right. Hurt and mystified, he tried to talk to her about what she found so objectionable about him, but all he got in return was a disparaging remark to the effect that if he didn’t know, he wasn’t worth educating!

At the office the next morning, Mara’s streak of negative comparisons continued. Seth, feeling isolated from Mara began to see other women at his office in ways he had never done previously. Suddenly his secretary looked cuter and her voice took on soothing tones. She seemed more attractive than Mara with her disapproving roar. Other female attorneys seemed more intelligent, and more ambitious.

He wasn’t happy when he went home, and nor was Mara. 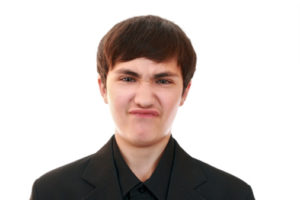 Why? Because they have what researchers call “low self-partner” overlap.

This means that they don’t see themselves as one unit. Their sense of separateness makes negative comparisons with others a threat to the relationship, since their partner no longer matches up to their ideals. In the case of Mara and Seth who were in this category, their relationship suffered with tension, stress, conflict and dissatisfaction.

The Protective Ingredient in a Relationship that survives negative comparisons

A study reported in the journal Personality and Social Psychology Bulletin, July 2015 showed that high “self-other” overlap protects a relationship from the effects of a negative comparison. Had Mara and Seth been a couple with high “self-other” overlap, Mara’s negative view of her husband’s ambitions or socializing skills would have been countered by focusing on his positive qualities of being a good lover or a wonderful father.

Seth would have been able to compensate for Mara’s roaring voice and critical attitude by considering her fabulous cooking and good work ethic as more than enough to keep her on the pedestal of his ideal partner.

Are Mara and Seth going to have this problem the rest of their marriage? It would be pretty depressing if they did! And what model would it set for their children about adult romantic relationships?

1.      Strive towards equality in as many areas of their lives as possible – sharing chores, planning vacations, family events, parenting activities with other families. Equality is the one crucial thing that creates that feeling of togetherness that nothing can discolor.

2.      Be realistic – you aren’t going to like everything about your partner, and you may always wish that they would be something else, or change in some way. But you liked them the way they were, and keep reminding yourself about it.

3.      Remember that there is no ideal – each one of you changes as you get older and your needs alter.

4.      Everyday pick one quality about your partner that is meaningful to you and tell them about it.

5. Go to couples therapy to develop a language of togetherness that you may not have been exposed to as a child.

Why your partner falls short of your ideal characterstics

Four alternatives to withdrawing from your relationship