Home/Anxiety therapy, Dating, Intimacy/How To Make Your Boyfriend Love You More and Find a Husband In Him
Previous Next

On the return flight home from her long autumn trip to Singapore twenty-nine-year-old artistic director Jody was longing to see her thirty-three-year-old boyfriend Mike again. She imagined him sweeping her up in his arms, telling her how much he missed her and asking her to marry him as they embraced at the airport. But Mike was at the launch of the new magazine he was editing. He invited her to join him when they touched bases but she wanted him to come to her, and refused his offer.

She was as that her absence hadn’t made him want her any more now than he had before she had left.

She had tried being supportive when he had problems with money, and doubts about his artistic abilities. She included him in her friendship and family circles and encouraged him to stay at her place for long weekends. Her willingness to be his girl and share everything with him hadn’t been enticing enough. In fact Jody experienced Mike getting totally into her for a few days and then backing off.  She was taken from ecstasy and hope to despair and dejection, over and over again during the past eighteen months.

Late last August Jody felt so frustrated with Mike for dragging his feet about whether they should commit as a couple and find a place together that she felt she had to do something drastic. She hatched a last ditch attempt to make her boyfriend want her more. She organized her Asian adventure hoping that he would tell her not to go, beg her to stay, and or come running after her with a wedding band in his pocket. None of that happened. Her plan failed miserably.

During the time she was away they talked for hours and shared their innermost experiences, giving her hope that he would be as loving in person as he seemed to be when they were thousands of miles apart. She felt as if she finally had an answer to the question that had been plaguing her for years – how do I find a husband? She opened the door to him being there and lapped it up. 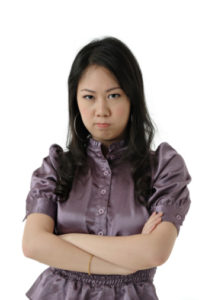 But Mike’s energy was tied up in his new magazine and Jody felt abandoned, unloved and unimportant. The excitement and anticipation she had been holding collapsed.  Jody was so angry that she punished him by slamming the door shut so that he couldn’t sneak in, touch her heart and be forgiven. So when they did meet as a couple or in group Jody kept the door closed. She didn’t feel any connection between them. All she was in touch with was that Mike wasn’t acting like a boyfriend and that meant she was alone!

She grew hungry but she wasn’t willing to feed on the love and nurturing that was on offer.

Mike’s efforts to connect with her after his launch party felt like crumbs and despite his constant attempts at including her in every part of his life, Jody felt like she was on the outside looking in on a sumptuous feast that was out of her reach.

Why was Jody unable to eat from the table of love and belonging that was all around her – in abundance?

Why did she wonder “how can I get my boyfriend to love me more?” when it was there for the taking?

Why did she obsess about “how do I get him to commit?” when Mike was totally committed to her and never once flirted with other women or cheated on her.

Because stability, consistency and reliability felt “blah” – empty and insignificant. Jody shut the door to secure and regular love. When she got hungry she blamed Mike for not loving not realizing that she had shut the door on him.

Jody was addicted to the power and excitement of getting Mike to care for her in just the way she wanted when the need arose. 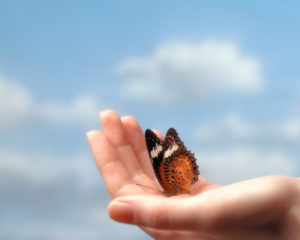 So how can Jody get her boyfriend to love her more, and find a husband in him?

By focusing on all the little ways he shows and expresses commitment and love, and letting it register in ways that can feel exciting.

For example Mike’s staying up to talk despite the time difference while she was away, including her in his life when she returned are just two examples that Jody can attend to and note as signs of love that can lead to the exciting finale of marriage.

She can reflect on the fact that he hung on with her despite the fact that she left him when she went to Singapore. Jody has trouble doing the same. Each time she shuts the door on available love she lets go of the connection. When the door is open she is in her place of hope. When she shuts the door and cuts off the connection she is in the place of despair.

When Jody keeps the door open for Mike at all times she can stay in a place of excitement about their next meeting. But if she shuts the door every time he appears as an ordinary available guy just to stir up some excitement for herself,  then she will find he will withdraw from a game he can’t win.

When Jody makes the regular relationship exciting by looking for and registering clues and signs of love and belonging she will no longer need to ask herself how she should get her boyfriend to want her more or wrack her brains as to how and where to find a husband. He is right staring her in the face!

How to save yourself from self-destructive anger

How to find the love of your life