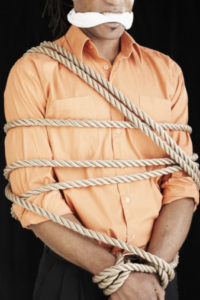 Toxic families are not that unusual. If you were brought up in a toxic family you probably don’t know it. Your experience of what everyone else sees as a toxic family seems normal to you, because you know nothing else. Part of growing up in a toxic family is that it normalizes toxicity. It tastes just fine at the time, but has massive negative effects as you set up your own life outside your family of origin.

What is a toxic family? 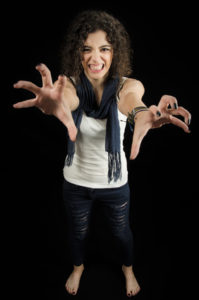 Samantha a thirty-seven year old financial adviser was the youngest of four children. She was not planned and not particularly wanted. But her family was catholic and brought her into the world without much welcome. Samantha’s mother was cold towards her young daughter, giving her attention only if she helped her around the house with chores and took care of her unstable father. He had episodes of psychological breakdowns where he would threaten violence and or suicide. It was Samantha who had to make sure her father was safe and didn’t hurt anyone. When she performed that role it earned her some momentary value and recognition. But the responsibility was immense and too much for the little girl. She was unable to leave home and go to college because she was the last one who was still available to manage her father. She resented it but was trapped in this toxic family who sacrificed her life so that they could be okay. Her mother had long since become estranged from her husband and left her job as partner to her youngest child.

In her late 20’s Samantha’s father died of a drug overdose. She was technically free to leave and begin her life that had been put on hold. But the guilt of leaving her mother alone prevented her from making the break. Her mother didn’t appreciate how trapped Samantha was feeling and did nothing to encourage her to get on with her life. In fact she put more pressure on Samantha to stay and take care of her because all the other siblings were gone, and she needed someone to lean on.

But Samantha found a way of leaving when she was given an opportunity to attend a financial planning course in a place far from her mother. She met a man who was protective, caring and willing to please her. It was the perfect escape. She married him and gave her mother the news. Now her mother couldn’t expect her to return. 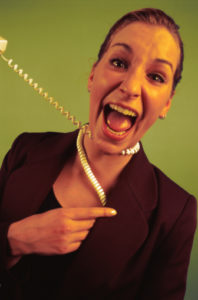 Her marriage didn’t ease her guilt. In fact when her husband Devin was affectionate and adoring, Samantha felt guilty when she couldn’t respond to her loving partner. She experienced his love as invasive, trying to own her and demand her attention. To her it was as if she had to take care of her father again! Growing up in her toxic family the way she was shown ‘love’ was in a possessive, demanding way, wanting her to attend to them. So that’s how Samantha experienced Devin – like a blood sucker – having no sense that he wanted to give and nurture and to have her enjoy it – and that her version of love coming from a toxic family was in fact warped.

It was only when Samantha began to worry that she might lose Devin that she came to family of origin therapy, and began to appreciate the weight she had been carrying. She had great difficulty making a connection with her therapist because she was afraid that the therapist would want to trap her in the relationship, just as her parents had done. She went through cycles of missing appointments and then returning, starting from scratch each time. Fear of intimacy was something she struggled with, seriously impeding her marriage. She couldn’t bear the thought of having a child, who would then be another leach draining her soul. She found ways of being separate from and away from Devin using her job and clients as an excuse.

Samantha’s toxic family background burdened her with a terrible inheritance preventing her from having trusting and mutually nurturing relationships. In family of origin counseling she slowly developed a sense of safety that allowed her to trust her therapist and learn to experiment with closeness.  A significant crisis arose when Samantha had to face the prospect of her mother’s death after a serious illness. She didn’t want to visit or take care of her mother – but she was ridden with guilt for having these feelings. However in family of origin therapy she was able to explore and deal with the feelings by creating more porous boundaries, keeping herself safe from being gripped by the toxic family ethos and allowing herself to be unconditionally loved by her therapist. It was scary and took a while, but she did it.

It took the death of her mother and the desire to be loved fully by Devin that helped Samantha work on her family of origin issues. She committed to the long haul in her therapy and softened, learning about love that wasn’t toxic, became more secure and allowed attachments to feel benevolent.

Is co-dependence the currency of your family relationships?