Three Ways to Deal With Spiteful Actions Against You

How do you deal with spiteful actions against you

It’s a stinging experience when your partner watches you squirm when they just happen to let you down, or when you’ve worked hard on something that then falls through. Or what about when you are struggling with a heavy load of shopping for the family, obviously need help, trip, sprain your ankle, while your partner refuses to acknowledge your situation – out of spite! It feels mean, heartless, and even childish!

Spite is a response to feeling wronged. Like when someone feels like they have lost something they believe they have earned, like a good name, acknowledgement of a  good deed, a marriage, or a share in a business. Then one way of righting the wrong is to use spite as a way of hurting back, and gloating in the process.

The fury of being wronged comes from a sense of entitlement that one ‘should’ and ‘ought to’ be assured of certain basic things. It’s difficult for that person to tolerate their lack of control over it. I remember a colleague who had felt humiliated when her boss made crude comments about her work in front of the entire department. That woman spent weeks if not months relishing every opportunity to avoid helping her boss even though it meant that she herself as a member of the team would ultimately lose out on business. She used spite to retaliate because the suffering it caused her boss was worth the suffering she may end up having to endure.

How to recognize someone who uses spiteful actions against you 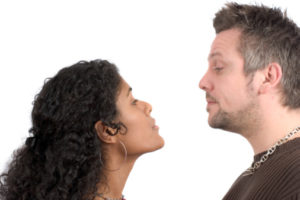 Dealing with someone who uses spiteful actions against you

How to avoid feeling attacked when your partner is venting

To forgive or not to forgive; that is the question