Home/Family of Origin Counseling, Insecurity Counseling, stress/Fear of Letting People Down Makes You Let Yourself Down
Previous Next 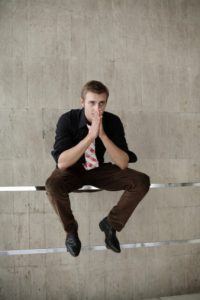 Fear of letting people makes you dependent on other peoples’ validation

Corey a 35-year-old craft brewery owner thought a million times before making a decision about whether his wife would feel let down if he made a trip to a European town that specialized in a particular craft beer. Would Monique, his 34-year-old wife think he was just trying to get away from her? Would she think he was putting business before the marriage? Would he be letting her down by postponing their recently planned weekend getaway?

Having worked on a relationship with the European craft brewer for over a year, Corey’s long-awaited invitation to meet with them coincided at the exact same time as the weekend planned with Monique. He was torn, fearing letting people down on both sides. He felt burdened with this conflict – feeling controlled by, and the victim of both sides. His heart rate acted like a racing car accelerating on a looped track. Corey’s head throbbed around his temples and eyes. He couldn’t think straight and his breathing became shallow. He longed to be let off the hook by one or the other, so he wouldn’t have to feel the shame of letting people down. He became completely dependent on others to let him off the hook, so he could be validated as a person who wasn’t letting anyone down. Withdrawal into a state of depression where he just went through the motions became his only refuge.

Fear of letting people down squelches your person-hood

Corey enjoyed tasting events of new craft brews with friends and colleagues. He was part of a group of beer aficionados that got serious about grading the products and choosing which ones to sell in their outlets. But he was also drawn toward spending time with his aging parents. He kept putting them off with the idea of working to expand his business – hearing their disapproval of not keeping in touch; not showing duty by abandoning them, after all they did for him as a child.

The tension between letting his parents down and letting his business partners down made him want to shut down. Everything was about spiraling down. There was no path to light, positive and safe feelings for anyone in the way Corey had set it up.

He couldn’t handle the conflict. He couldn’t make that choice because doing so would mean he would have to entertain the fear of letting people down. He withdrew into himself, fearing his parents’ telephone calls would make him feel bad; laying a guilt trip on him. Thinking of letting his business group down filled him with a sense of withering – they might think he was flaky, untrustworthy and not worth investing their time and money in the business.

Fear of letting people down dehumanized Corey and denuded him of his motivation, his energy, his ability to make sound judgments and his ability to function by taking care of himself in the world. Going back into an anxious depressive state gave him refuge from his intense guilt and fear of being discarded by his parents.

Fear of letting people down led Corey to let himself down

Feeling like a bad person; a non-person; guilt ridden and fearful of not being well regarded prevented Corey from

As a child Corey was put into the role of pacifier and mediator. His mother leaned on him to take care of her bad feelings during marital strife. His father expected him to take his side and save him from being labelled the ‘bad guy.’ Taking care of his mother’s loud and persistent grievances took him away from developing his own personality and autonomous self. She sapped his energy on a constant basis.

Attempting to appease his father’s rage at being forgotten and misunderstood pulled Corey away from figuring out his identity and sense of personal strength. His father would tell him he was a good son for defending him to his mother, creating a dependency on others for validation. His mother felt betrayed when Corey spoke on behalf of his father and made Corey feel like a disloyal ingrate who would never be forgiven. But when Corey attended to her feigned illnesses that she made him feel responsible for, he became her ‘good boy.’

Once again Corey was faced with conflicts around significant others. With no space to develop his own way of feeling like a worth while person, he was trapped in a family where parental validation was the only reward – and the only way to get one was to eschew one or other parent, and throwing himself under the bus.

In an important article published in The Lancet Psychiatry, 2019 a direct link was found between maltreatment as a child, alterations in vital brain structures, leading to depression, and bouts of depression later in life. Results from MRI images found that childhood maltreatment was associated with a reduction in the insular cortex – a part of the brain involved in emotion regulation and self-awareness. Childhood maltreatment was significantly associated with depression relapse.

Corey was maltreated as a child by being put into impossible positions of taking care of warring and needy parents. Perhaps his insular cortex was scarred and reduced, impeding him from taking care of his own emotions, depending on significant others to make him feel okay either with validations or letting him off the hook. It’s likely that the long-term emotional maltreatment that continued into his adult life prevented a healthy development of his self-awareness – leaving him frozen in stress, stuck in depressive funks.

Fear of letting people down can be countered with self-development

Corey doesn’t have to live in this trap, and has the chance to undo any brain changes due to emotional maltreatment in his childhood. Working in individual counseling helps him feel accepted without the fear of letting people down. The safety in the therapeutic relationship offers him a foundation to build his identity and discuss the fears he has about how that may impact his dependent relationships with his wife, parents and business partners. Corey has the chance to address his family of origin scars and learn how that has influenced his fear of letting people down. Filling out his person-hood reduces his anxiety about taking care of himself without being dependent on the approval and validation of others. Doing so lifts his depression and makes him more alive and present with those interacts with.

Spouses With Depression Have a History of Childhood Trauma