Dealing With Jealousy When Your Partner is Attracted to Someone Else

Dealing With Jealousy When Your Partner is Attracted to Someone Else 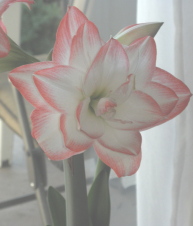 Twenty-six year old salad bar manager Dominque’s stomach churned as she pictured her twenty-nine-year-old finance Terry, a copy editor, in a cozy chat with his colleague Brenda at their office party last month. There was something about the way they locked eyes and sidled up to one-and-other that sent jolts of bitter jealousy all through her body.

Well, she wasn’t going to fade away into the background at Terry’s office party tonight –  seething with jealousy, waiting to punish Terry on the ride home. This time she was going armed with an arsenal of weapons that were the perfect match for Brenda’s seductive qualities. 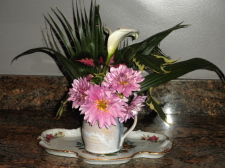 Suiting up to challenge a rival dampens jealousy

Brenda carried herself with an air of confidence that seemed to funnel Terry’s attention toward her. She was witty and made him laugh. So Dominque bolstered herself with images of her success as a high-level manager who used humor to get her team to work efficiently and win company awards in their field. Yet only a week ago she had serious doubts about her chances of climbing the corporate ladder.

Dressed in a classy but feminine way, Brenda gave off a whiff of sensuality without being overtly sexy. So Brenda went to a beauty spa, picked out a slinky black backless cocktail dress and put on high heels, ready for the meeting – but just three nights ago she had been feeling like an android, devoid of gender and attractiveness as she crawled into bed after working overtime to sort out a difficult customer complaint.

Jogging, cycling and listening to old Beatles hits seemed to be something Terry had in common with his colleague Brenda and they exchanged stories about their favorite trails and songs, making Dominque feel left out. So every morning for a week Dominque went cycling before Terry woke up, and boned up on the names of famous cyclists. She downloaded the latest Beatles anthology online and played it incessantly on her iPod. However a week ago cycling was the farthest thing in her mind, and she wouldn’t want to be caught listening to the Beatles – that was way to passé! 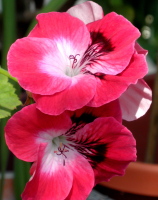 How well does powering up deal with nagging jealousy?

It works for a short specified time as a defense against the terror of having a rival that could easily steal away your partner. An article in Personality and Social Psychology Bulletin, 2013 reported that people rated themselves as more like their rivals after experiencing jealousy than previously.

Placing themselves on an equal footing as their rival may reduce the threat and help the jealous partner hang in there. But it is an illusion and serves the short term purpose of enhancing self-esteem so the jealous partner doesn’t give up on the relationship.

It’s a familiar scenario. You think your rival must be more alluring than you are so you go to town on being equal or better than them, trying to win back your loved one, and then when the threat has passed, you revert to your old ways.

Continuous cycles of threat, jealousy and powering up to counter it, take a toll on the relationship.

Trying to match a rival smacks of pretense that cannot be maintained, while the real core issue of insecurity is avoided. Jealousy stems entirely from insecurity and insecurity stems from poorly developed attachments. So if you really want to put an end to jealousy plaguing you forever, give yourself a break and take that important step – get to the bottom of your relationship insecurities with the best professional who can help you achieve a strong an lasting sense of personal security.