Home/Intimacy/What’s The Secret To Being Liked And Popular And Wanted?
Previous Next 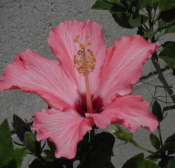 Do you wish you could have that secret formula to being popular, and having many good solid relationships?

Perhaps you have tried hard to be loyal, committed and trustworthy only to find that it doesn’t earn you a good rank in the friendship or romantic arenas. Yes those things are important, but there is something much more vital that makes connections which then become the foundation for those solid relationships.

Being a good person isn’t enough to make you liked, popular or wanted

Of all her friends and romantic partners, twenty-nine-year-old stone mason Jude was the one Arabella, a twenty-eight-year-old sous chef could count on to be prompt, keep his promises and remember her birthday. But the thought of being with him didn’t make her heart skip a beat or fill her with longing for the next dinner date. He was a good soul, but he always tried to fix her, and that made her feel judged. If she was anxious or down, he would become uncomfortable not knowing what to do or say. Sometimes he would just ignore it, hoping it would go away. Arabella didn’t feel she could be herself with Jude. No matter how reliable and loyal a friend, she felt she had to hide much of her true self from him. He rarely spoke of his experiences, preferring instead to try to take care of her even though he knew little about the nature of her issues. The relationship became stale and stifling, constraining Arabella from fulfilling herself.

Toby on the other hand was always asking her questions and seeing the funny side of things. He shared his experiences with her making her feel less alone and more normal. Toby laughed at their mutual human struggles, making it easy for Arabella to share herself openly and without fear of being judged or fixed.

Toby was easy to play with while Jude didn’t know how to play, and showed little interest in learning.

Arabella spent more and more time with Toby. He was popular among her group and fitted in well. Jude became an outsider because he lacked the one secret to being liked and accepted in the group.

Research evidence on what makes people popular, liked and wanted

That one secret to being liked and popular is having a curious nature. The Journal of Personality 2012 reported on a series of experiments where friends, relatives and strangers all rated different personality traits for likability. There was a very high level of agreement between all groups that curiosity in a friend, relative, spouse and colleague made them more attractive and pleasant to relate to. 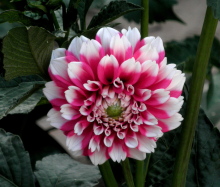 So what makes a curious person so valuable?

Curious people are by nature open to many possibilities. They don’t stereotype and put you in a box right away, giving you room to be yourself.

A curious friend or spouse tolerates your moods without trying to fix it, but rather checks in and discovers what led you to be anxious or upset. They go on a journey with you rather than judge it bad and try to end it before you have a chance to find out what is going on with yourself.

A curious partner, friend or colleague brings humor and playfulness to your interactions making the worst of times bearable. Their curiosity offers you the chance to see and understand your own predicaments through alternative lenses. Playing around with your views and experiences of life makes it easier to bear and less depressing.

Curious friends, lovers and family members bring you a new set of thinking tools that are unconventional so you don’t feel stuck, hopeless or insecure. Your curiosity and interest is peeked by their curiosity giving you hope and positive goals to aim for.

Most of all, curious spouses, friends, family and lovers offer you a non-defensive attitude. You can say what you like and they don’t feel attacked, wronged, hurt and wounded. They are instead curious as to what you think and why you said what you did. They don’t judge you, but are interested in your intent. That makes you feel seen accurately. It makes you feel like you matter and that there really are two people in the relationship.

Curious spouses, partners and friends don’t blame you for things that go wrong. Their curiosity makes them look themselves and other things for answers. Wouldn’t you want to have a relationship with someone who isn’t going to make you responsible for all the worlds’ problems?

In short, a curious nature is the most valuable personality trait you can have if you want to be liked and belong to groups of friends and relations. A curious nature is like fresh air to lungs choking in relationships that are circumscribed by criticism, intolerance and judgment. People who are curious are more likely to be secure in themselves, and that is a very attractive quality in a friend, partner or spouse.

How to stop being lonely

What’s the right combination of commitments for harmonious relationships?

Complimenting your partner can cause relationship problems