Home/Anxiety therapy, relationship issues/Three Ways To Stop Being Invisible To Your Partner
Previous Next 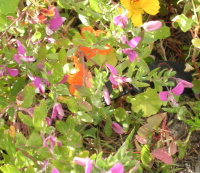 Do you feel as invisible as the flowers behind this bush?

Do you feel invisible when you are making every effort to participate in a mutually important event with your partner? Are your contributions belittled and mocked, making you feel less than human? If you end up feeling small and get angry and resentful, then you may be experiencing the discomfort of being in a performer-judge scenario, which sabotages your chances of a mutually respectful and rewarding relationship.  Once you become aware of it you can change it. Heath’s story tells you how.

Heath and Sabina survived the second year of their marriage

Heath and Sabina were looking forward to their second anniversary party. They were excited and had plans and visions for a great night with their best friends and close family. Each of them had ideas about decorations, the food, the drinks and the entertainment. Each of them wanted the house to look great for the big event. After all, getting to their second anniversary without breaking up was a huge achievement in their rocky relationship.

As the final three days before the party approached Sabina started to get anxious about whether things would get done on time and in the way she had imagined. Heath got a whiff of her anxiety and tried to help her calm down. But the more he tried to anticipate her wishes and do what she wanted, the more irritable and grouchy Sabina became.

Heath went into his ‘Sabina’ pleasing mode hoping for recognition

Heath wanted to shine in Sabina’s eyes. He wanted her to be proud of him, and he wanted to do it by pleasing her.

All he got were complaints and pokes to do things differently.

Heath felt belittled and tried even harder to please Sabina so that she would make him feel worthwhile, lovable and treasured.

Heath makes himself invisible without realizing it and blames Sabina

The more Heath focused on what Sabina wanted and needed from him, the more he discounted himself. He made himself invisible. He gave her a message that his wishes were not important. Heath gave Sabina the power of an authority figure with the right to expect things of him and judge his performance.

When Sabina used the power the Heath gave her, he got upset, felt wounded and unappreciated. He felt he had no value. That was exactly how he had felt as a child when his father jabbed him with insults and criticism, making him feel less than human. Now he was being treated equally insensitively.

The less valuable he felt, the more Heath’s anger and resentment ballooned into a huge axe ready to chop off his enemies head. He began to hate Sabina. He wanted to punish her and make her feel guilty for not responding in the way he wanted to his contribution to the anniversary celebration. Inside he was trying to bolster himself up by ‘checking out’ when she addressed him. He went to a numb place where he didn’t have to feel small and unworthy.

Heath refuses to be seduced by Sabina’s caring approach

But outside Heath had a sour face. He looked dejected. He was pouting in silence, waiting for her to notice. Sabina did notice. She attempted to find out what distressing him. After all from her point of view she hadn’t done anything wrong. He asked for her to judge his performance so why would he react as if she had overstepped the mark.

Sabina’s approach towards Heath made him feel he had got her attention, but he didn’t want her to get away with hurting him. The numbness thawed and he was left with intense rage. The urge to make her feel bad and take revenge overwhelmed him. He wasn’t invisible any more. Now he was big and powerful with all the cards in his hands. Now it was his turn to show and tell Sabina that her efforts were no good.

Heath didn’t hear the concern in her voice.

He rejected her outstretched arms that were spontaneously trying to hug and hold him to offer comfort.

Sabina had wronged him and she had to pay for it. He wasn’t going to be seduced by her softness. He needed to make her feel his pain and be guilty enough that she would apologize and not repeat it again. He needed to protect himself from being belittled in the future. So he closed the door to comfort and stayed with his anger. He used his power to push away the one thing he craved for, love, attention and comfort.

The only trouble with this plan was that Heath didn’t change anything in the future. He was trapped into being that kid again, trying his best to fight a mean and abusive father. When he felt the rush of those feelings of wanting approval from Sabina, and then wanting to punish her for not giving it, he was to all intents and purposes reliving his childhood and acting as if he was still a powerless child needing to stick up for himself against a brute. He battled his shame with the power of revenge, only to find he was left feeling as devalued as ever. 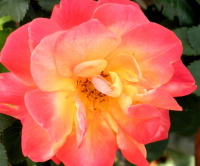 Heath isn’t a child anymore. Sabina is not his critical father. Heath can take steps to be an equal partner with Sabina rather than wait for her to give him permission to feel good and worthy of approval. Here are three ways he can achieve equality and feel proud of himself.

1.    Envisioning himself as equal, and making plans with Sabina from that vantage point sets a new and more even tone. Heath has to believe he is equal and he will then give off those vibes. Sabina is unlikely to challenge or disrespect him.

2.      If and when Heath starts to notice the bad feelings coming up, he can pause and recall that he is a husband and equal partner in the relationship. That will stop the old negative cycle from repeating.

3.    Share the good and bad feelings as the plans get made, get tweaked and finalized. That way Heath is taking the lead in putting himself on stage to be noticed appropriately. He will no longer be invisible.