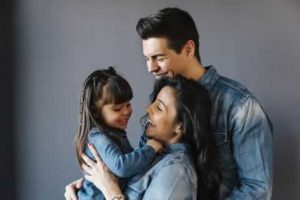 A Mother’s impact on daughters is powerful, pervasive and subtle.  It starts as soon as the daughter is conceived. Mothers who want sons and then discover that they are expecting girls provide a strong message to the unborn female that she is just a parasite while in the womb, becoming a burden to be reared. But if a mother welcomes her female fetus with anticipation for the potential to bring unconditional love to her mom, that minuscule fetal daughter already thrives and enters the world with positive self-esteem.

A mother who is delighted with her infant daughter and remarks on her hazel eyes; cute toes or pug nose gives her daughter a sense that she is perfect as she is. As she grows up and hears her mother be okay with her freckles, bow legs or puppy fat, she is given the sense that her body is her own and lovable as part of accepting the girl for herself. The young teenager then also accepts her acne, her ginger hair or her tiny breasts. Mothers impact on daughters body image is healthy and positive, preventing eating disorders, depression and obsessive compulsive disorder.

However,  some mothers often make throw away remarks to their infant daughters that have lasting impact later. For instance when a mother wishes her infant daughter didn’t inherit her father’s nose; or her families curly hair, you can bet that the girl’s body image will be negative.  Others want their daughters to look like some ideal in their minds, an alter ego of themselves, and begin to pass on messages of nonacceptance, a strive to change the body and mold it to something that isn’t natural. Girls who hear disapproval of their physical features become perfectionistic, are never satisfied, and judge everyone else in the world on their looks – ending up lonely and desperate for control that rarely comes their way. 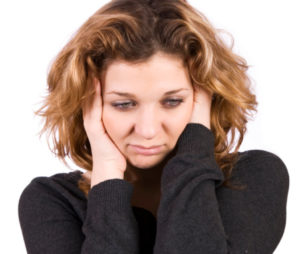 When a mother senses that her infant daughter is stressed, the way she acknowledges and attends to the baby will determine how that girl will grow up and cope with later stress. A mother who tries to calm her daughter with food develops a ‘hard wiring’ where food becomes the stress reducer. The daughter may include other substances later in life such as alcohol and drugs. If an infant daughter is held, rocked and massaged during stress with good eye contact, the infant girl’s emotional overheating  is naturally regulated. This kind of response helps daughters trust and show affection, using it to get and give support as they become mature.

Mothers impact their daughters on managing stress by modeling their own coping strategies. Many of my female clients talk about watching their mothers get busy and clean when they were stressed, and find themselves doing the same in their adult lives. But when their mothers got ‘busy’ they shut off their emotional upheaval and didn’t allow their daughters to see what was going on inside, what led to it, and what it meant, or where it could lead. It is a way of withdrawing that teaches daughters to do the same – encouraging breaking off of communications and connections, leading to unresolved anger and loneliness.  Daughters learn not to share their feelings, to push it onto being a “good girl” by doing jobs around the house. Mothers impact their daughters negatively when they reward the “good girl” who is much more likely later in life to cope with stress by developing eating disorders, masochistic and other self-destructive ways of dealing with stress – especially relationship stress with significant others.

The way that a mother guides  and rewards her daughter towards a set of activities can be highly influential in determining the lens through which the girl determines her world and her purpose in it. One of my adult female clients was brought up forced to take care of her younger siblings including getting them up in the morning, feeding them and taking them to school every day. She was made to do the cleaning and laundry, and saw her role in her adult life as one of servitude and  servility – at which she wasn’t good enough and had to try harder. This client allowed herself to be used in her friendships, work places and in her personal relationships as an adult – eventually leading her to work through the damage done and find her true self. Another female client had been given a lens through which she was to be spoiled, treated like a queen and never have to contribute or share herself with others. Needless to say, she went through a huge number of relationships that broke up when she got angry at not being spoiled and coddled in the way her mother had set her up for. 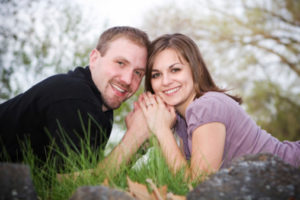 It is usually a mother who teaches her daughter what ‘love’ is and how to show and receive it. Mothers who ‘love’ their partners conditionally – that is they have to earn it based on their behavior then their daughters will view love in the same way. When forming relationships later in life, daughters will also expect ‘love’ to be conditional – that they have to do things for their partners to prove love and vice versa. So many couples I see in counseling struggle in their relationships because the foundation on which they set up their connection was based on conditional love – its sets the stage for continual breakups, conflicts and a permanent sense of betrayal that is very hard to get past. But when a mother shows unconditional love to her partner and other loved ones, the daughter learns to do the same. The ups and downs of daily hurts and upsets are processed differently – it is not about make or break, but about stretching to make room for everyone’s share of mistakes without throwing the baby out with the bath water. A mother impacts her daughters capacity for real love in a major way when she offers and fosters unconditional love as a source of strength rather than weakness.

The most important feature of romantic relationships for adult females is feeling comfortable in engaging in emotional intimacy with a partner – that means sharing herself and being willing to receive the most private and personal emotional experiences and needs of her partner. It’s the mother who sets the stage for showing her daughter that she wants to, and can handle all the private thoughts and feelings that may be unpleasant. It’s the mother who models for her daughter how to process private and difficult emotions from a loved one without getting swallowed up or wiped out. It’s also the mother who through her way of being with her partner demonstrates to her daughter how to make a loved feel safe enough to share and receive – so that it becomes part of a healthy relationship. If the daughter witnesses her mother unable to handle her daughters inner most experiences; if the mother goes to pieces or shames her daughter then the daughter learns that her need for emotional intimacy is “bad” and dangerous.

One client experienced her mother as at times very intrusive –dumping all her emotional baggage on my client, and at other times unable to receive my client’s emotional need for closeness and would shut her out. This awful experience made my client afraid of being swallowed up by any man she had a romantic connection with, and shut them out, and with some men she wanted to stuff herself into them the way her mother did with her. Neither way worked and she came for insecurity counseling wondering what was wrong with her! 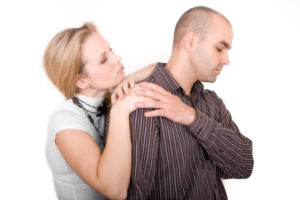 The way a mother acknowledges and manages her own emotional needs is the way her daughter will take care of her own. For instance, if a mother acts helpless and powerless when her partner is away, then she is telling her daughter that women must depend on a partner to make them feel good at all times. If on the other hand a mother indicates that she is emotionally stable when her partner is away although missing them, that tells her daughter that she can empower herself to feel okay and function with or without her partner. In families where women feel that they can’t and shouldn’t be ‘whole’ without depending entirely on a partner, daughters grow up with fear of being abandoned, alone and helpless.  They are likely to seek knights in shining armor, fall for those who give that appearance and then become bitterly disappointed when they discover that their partners are human and have needs of their own. The task for the daughter of parenting later on becomes overwhelming and strained.

Women unfulfilled in their romantic relationships often create co-dependent relationships with their daughters who feel guilty when they want to live their own lives. Mothers impact on daughters who are expected to take care of and never leave their mothers are robbed of the chance to be separate and independent while still relating to their mothers in loving ways. One of my clients was so ridden with guilt at falling in love and eloping that she destroyed her own marriage by doing everything her mother said, to atone for that ‘sin.’ She was unable to relate to her own daughter and expected the latter to do for her what she had done for her mother! Any encouragement from me to do things that she wanted resulted in self-flagellation and heightened guilt that killed her desires. She ended up depressed, drinking to excess, eating to numb herself – tied to her mother’s needs, terrified of the day her mother would die! 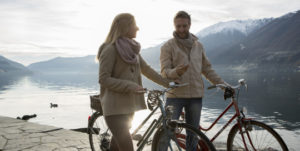 Mothers impact on daughters attitude towards equality in romantic relationships

A woman who allows her partner to make the decisions in the household without question or dialogue is giving her daughter a message that romantic relationships are inherently unequal, and that it’s okay! Mothers’ impact on daughters’ view of romantic relationships are shaped through how she runs her own partnership.  Daughters who witness their mothers suppressing their voices and deferring to their partners will do the same and may end up unhappy because it doesn’t work the same way for them. These daughters live lives of frustration, dependency and can bring on abuse and bullying from their future partners.

Where women are the bosses at home and in effect emasculate their partners, their daughters get a warped view of romantic relationships in the other direction.  Girls who grow up watching their mothers decide everything including when her partner is being ‘good’ or ‘bad’ and “allowing” the partner spending money, access to finances etc. dominate their romantic partners later on. They choose men who want to be mothered rather than have an equal partner who shares and cares. One such female client was desperate to get married while in her mid-thirties and couldn’t understand why she wasn’t meeting eligible men. Through painful work in therapy she discovered that she needed to be the boss and dictate how the relationship would be conducted and how a potential marriage would operate – that put men off! BUT she was also longing to be adored and taken care of – in other words, be totally dependent on a guy, and when she showed that side of herself, she scared them off too. Help in individual counseling enabled her to meet a man and create a more equal connection that thrived as the therapy progressed.

Is it okay to fight in front of your children?