Home/Affair Recovery Counseling/Is Marriage After an Affair Possible?
Previous Next

If so what kind of marriage would it be? Those were the questions 35 year-old Neil wondered after his 32 year-old wife Monica discovered his infidelity. She had idolized her husband, believing that he was most reliable and trustworthy person one could hope to meet. In fact she had thought herself lucky to have grabbed this ‘perfect’ person. Hearing that he was having an affair with a colleague at work was devastating. She couldn’t believe that her husband, selected by his parents to take care of their business holdings, and act as power of attorney for the family could do this to her. All she could do now was to confront him for every detail, and stuff him with her anger by interrupting every sentence that tried to come out of his mouth. She was unsure whether there was any chance of a good marriage after an affair.

Neil hoped for a marriage after an affair. He felt ashamed that he had let down his wife and his elderly parents, and siblings for whom he was a role model. He wished that his wife would just punish him, get it over with and get back to normal. That’s how it was when he came home later after playing soft ball with his friends at the age of 9 years, get a beating from his dad and then enjoy family life again as if it had never happened.

His parents had not been affectionate, but they did their duties and stuck rigidly to their separate roles in the household. After a punishment everyone maintained their respectful connections with each other, creating a sense of security. But that’s not how Monica wanted to play it.  She couldn’t let it go, and escalated the issue spiraling up and down, with no end in sight. So marriage after an affair was in great jeopardy.

Monica grew up with a loving father who cared for her during the day when her mother went to work. He was affectionate and enjoyed her company. She was daddy’s girl and expected her husband to be like him. Her dad did the housework during the week, and bent over backwards to help his wife with chores since she worked full time. Her parents switched at night when dad went to work and mom took over. But at weekends they were a united family, going on trips together having fun. That was the ideal that Monica held up as a target for Neil to aim for. She wanted him to extend the experience of childhood where mom and dad shared child rearing and housekeeping. She didn’t want to have to work at making herself attractive or sexy – her father loved her just as she was, and she expected Neil to follow suit. Her expectations made it questionable whether she could have marriage after an affair. 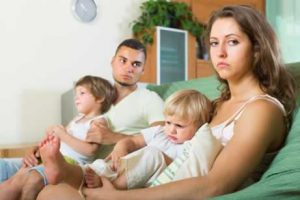 Desperate to fight for marriage after an affair Neil made an appointment for couples counseling. Monica couldn’t stop attacking him, making him feel the pain she felt.

In affair recovery couples therapy Neil and Monica began to realize that their marriage had never really been all that great right from the beginning. So it wasn’t so much about marriage after an affair, but marriage before the affair that was the real problem. Monica complained that Neil never helped her around the house, never took her on trips and didn’t help with housework. Neil felt hurt that she was always comparing him unfavorably with her friend’s husbands, and never recognizing and appreciating all the things he did do, like take care of bills, and make sure she never wanted for everything. He hadn’t seen his parents show affection or talk about things on a collaborative basis so it didn’t make sense that Monica berated him for not being that way. He felt lonely in his marriage because unlike his father, he did want a confidant, someone he could talk to on his level, without being made into either the sole one responsible for making decisions or having no decision making power. His need for someone he could be close to in that way led to his affair.

Monica’s complaints about being overwhelmed with housework, cooking and childcare resulted in Neil offering to employ a maid. He missed the point – that she wanted his participation in order to feel that the marriage was good. Neil wanted a replica of the home he grew up in where his father worked outside the home and his mother did all the chores and took care of the kids. It’s not that he didn’t want to help Monica – it just wasn’t the norm for him. Affair recovery therapy steered them in the direction of considering: 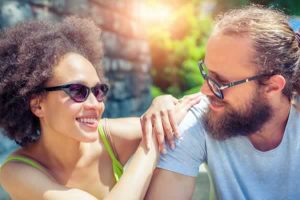 What kind of marriage after an affair can Neil and Monica look forward to?

Basically they have to negotiate their marriage from scratch because they never considered these things before they first wed. Their church based pre-marital counseling was based on rules and duties, not about making sure they were a good match and had their expectations clearly outlined.

In order to have a marriage after an affair Monica and Neil need to learn more about each other’s childhoods so that they appreciate how their ideas of marriage came from their own parents.

Neil would do well to examine his conflict about expecting his wife to be like his mother, yet wanting more intimacy.

This couple needs to broaden their views about what a marriage between two adults looks like when it is stripped of pre-determined rules. Both need to shape it and keep it flexible so that the marriage union meets their evolving needs.

Affair Recover therapy for Monica and Neil involved getting them to re-focus on what they saw in one and other that was valuable and worth investing in. For example, originally Monica liked Neil because he was goal oriented. But the marriage after the affair took another path – she now wanted his active participation in child care and chores. When Neil first met Monica he fell in love with her “wildness,” but marriage after the affair saw a shift – he wanted a woman who did her job like his mother but with more emotional engagement and appreciation for his efforts.

Monica learned to take Neil off the pedestal she put him on, because the only place he could go from there was down! She found the incentive to make her marriage different to that of her parents, because trying to emulate got in the way of a genuine marriage between her and Neil.

Three ways anger at your partner’s infidelity saves your relationship – for good?