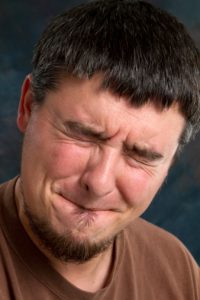 Complicated grief hit Adam like a thunderbolt one Saturday evening when his stepmother called and told him that his father was dying.  Adam had hated his abusive father all his life – but now he was terrified of losing his dad.  He longed for his father to acknowledge and apologize for his humiliating and brutal treatment of his son.  A swirling mix of intense and contradictory emotions hit Adam with tsunami like waves. One minute he was filled with vengeance wishing his father a painful death and the next he wanted his father to atone and beg for forgiveness through his tortuous passage from life.  And then he would feel ashamed of wanting his dad to suffer, as he got in touch with the awful emptiness at the thought of having no father at all. All these competing ingredients cloaked Adam in a cocoon of complicated grief. 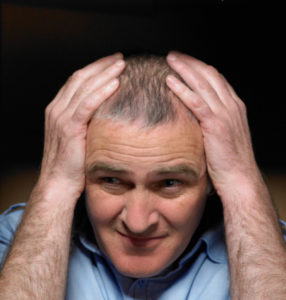 During the week Adam spent at his father’s bedside until the death, he got little or no sleep.  He was in a state of anxious anticipation, hoping his father would say “I love you, and I’m sorry.”  He got the declaration of love but not the apology. Adam watched his father die with that apology still pending. Now it would never come. He was suddenly overwhelmed with memories of going on camping trips, eating ice-cream after a ball game, and learning woodwork from his dad.  He cried a lot and felt embarrassed about it. He was angry that these good memories made him feel sad and lost, wishing that he could get back to the hate and revenge that was familiar and protected him from feelings of loss. His complicated grief kept him in a state of arousal as he fought the war between good and bad memories from his childhood. Complicated grief turned everything upside down.  Complicated grief meant that good memories fought with the bad ones, causing insomnia, and panic attacks and an inability to concentrate at work.

The finality of death also meant the death of that lifelong wish for an acknowledgement that Adam had been mistreated and had done nothing to deserve it.  Adam was simultaneously enraged and devastated that his father was gone.  During his therapy sessions he railed against his emotions for enslaving him, and making him feel out of control. He wanted his life back, but complicated grief prolonged the experience of natural mourning, keeping him a pawn of his internal war between ‘good dad that I’m sad to lose, and abusive dad that I’m glad has gone.’ In other words, complicated grief kept him in a constant state of battle that he couldn’t escape from.

Complicated grief by its very nature is not just about adjusting and adapting to a loss of a loved one. It’s about being unable to mourn the loss of a loved one who you didn’t make you feel loved and whom you often hate and want to punish.  In Adam’s case, his actual relationship with his father in real life, and his internal connection with an abusive yet loved father got knotted up. If he let go of the abusive memories by forgiving his dad, he’d be left with an unbearable loss of the good memories. If on the other hand he dismissed the good memories and stayed with the hate then he can’t mourn because he didn’t get to have his revenge. His father’s death robbed him of that.

Complicated grief therapy has to address the unstable and insecure attachments in such a father-son relationship so that a natural mourning process can do its job.  An article in JAMA Psychiatry, 2014 found that the most successful therapy for complicated grief was based on an attachment model with a focus on loss of the ‘good-bad’ person that has died. Adam’s grief in therapy came in floods of hateful attacks of his dad, and tsunamis of agonized loss from his child self who had lost the chance to feel adored and wanted by the father who taught him how to create with wood.  During complicated grief therapy Adam learned to integrate the complex aspects of his father within himself.  He began the mourning process when he appreciated that his father was neither perfect nor a monster – that it was okay to miss certain experiences with his dad, and wish others had never happened.

Complicated grief arises from dysfunctional experiences of what relationships should be and turn out to be. Adam had a highly idealized view of how parents should treat children, as he called it a ‘Norman Rockwell’ picture of perfect love and care in families with no tension or dissension.  It was a painful process to come down to earth and face reality – recoiling from it in many sessions and embracing it in others.  Adam allowed the grief therapy process to support his violent swings and find a place where he could accept his dad as the person he was, and that it didn’t diminish the person Adam was.  Complicated grief therapy enabled Adam to feel better about himself, and then begin to mourn by letting go of his wish to be vindicated as an abused child. He never fully forgave his father, but he developed a more sustainable attachment with his father’s memory. He then started to focus on losing his mother who was an alcoholic – but that’s another story.

The importance of grief for healthy relationships

To forgive or not to forgive that is the question!