Home/Family of Origin Counseling, Individual Counseling/Fear of Becoming Like Your Parents Makes You Act Just Like Them
Previous Next 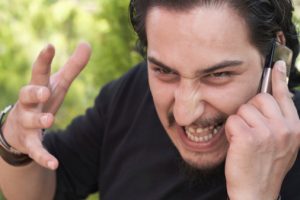 Fear of becoming like your parents results in anger, anxiety and panic

Anxiety and tension gripped 36-year old radiologist Luis, a married with two young daughters when he got a Facebook invitation to join his college mates in Los Vegas for a reunion event. He didn’t want to go, but neither did he want to be seen as a snob by his old mates. Luis couldn’t sleep the night before he needed to hit the ‘accept’ or ‘decline’ button. At work he had bursts of palpitations and hot sweats with breathlessness when the conflict came into his mind – in effect he was having panic attacks because he was caught in a conflict that appeared to be a lose-lose whichever way he went. If he went with his feelings to pass on the invite, guilt and shame brought him down with nausea and more panic. If he imagined agreeing to go, he felt a hollow in the pit of his stomach as if he were doing it just to make sure he was a good boy, doing his duty and therefore well thought of.

Fear of becoming like your parents creates a helplessness that affects all your relationships.

Luis didn’t want to be like his father who was lazy, and uninterested in engaging with his son. If he chose to avoid the reunion he felt that he would have been acting like his dad – not bothering with those who were reaching out, just as his father had ignored his efforts to connect when he was little. Luis felt bad about the fact that he wasn’t excited about seeing college peers that he no longer felt were important or meaningful to him. He had moved on in life, become a medical professional and he didn’t want to associate with those who hadn’t done as well. To him, socializing with them would have been a step backward, reminding him of how insecure and needy he had been as a college student. 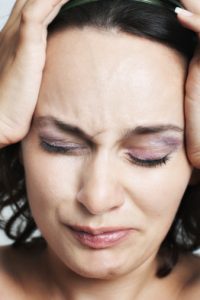 He would also risk being like his cruel and rejecting older brother who Luis longed to play with – but invariably got snubbed, humiliated and abandoned by his brother for no particular reason. It made him feel inferior and inadequate. Now, his wish to reject the invitation made him feel as if he were like his brother, someone he tried hard not to emulate. But here it was, staring him in the face. He too felt that the students he once called his friends, were not attractive, and he wanted to swat them away, the way he was dismissed by his older brother.

The invitation Luis received became a lightning rod that set off deep conflicts stemming from the pain of his childhood. As a young child Luis wasn’t wanted by his brother or father, both of whom he looked up to and wanted to interact with. He wanted to feel valued and wanted by them but failed to interest them enough for them to welcome him into their orbit. He played alone and became adept at keeping himself occupied with action figures and super hero comics. But the hurt of being rejected and worthless left a scar on him that got opened up when he got this invitation. He was torn between imagining his friends feeling as bad as he had felt when his father and brother disowned him, and being like his father and brother by doing to his friends, what had been done to him – shunning them as unattractive, not worth the time or energy to engage with. 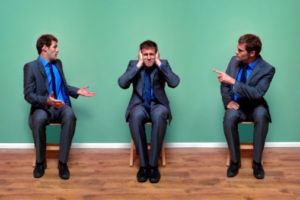 This terrible conflict came about because Luis had spent his life making sure that he wasn’t the same cold and rejecting as his father and brother. He had sacrificed his actual feelings in the moment, to overcompensate – making absolutely sure there was no danger of him being selfish and acting like his beastly father and brother. But the more he tried to not to be like them he became ugly versions of them that disgusted and panicked him. It meant that he wasn’t successful in being better than them.

As a father of two children under 10 years of age, 34-year-old Lawrence got upset with his wife when she yelled at the kids for not listening to her, being messy and whiny. He would leave the room because it triggered all the times his abusive father hurled abuse and threw food at him in drunken rages.  He felt unwanted by his cold mother and brutalized by his out of control father. He vowed that this pattern which had worked its way down from his great grandfather, to his grandfather and then to his father was going to stop with him. So he went to great pains to try and protect his children from their mother’s harshness. When his kids got a tongue lashing from their mother, it was as if he were getting one from his dad at one and the same time. His wife became his monstrous father and he became his powerless children.

But at other times Lawrence got really annoyed when his 7-year-old son Seth left his dirty clothes all over the bedroom floor. He found himself yelling at Seth about being a spoiled brat, expecting his dad to pick up after him and demanding that he grow up and do his chores. Many times he screamed at 9-year-old Daphne for not putting the dishes in the sink after a meal or doing a bad job folding her clothes when they came out of the dryer. His fury was unleashed in the same mocking, cruel way his father had spoken to him. Lawrence felt as if he were the injured party and his kids had become the rude, crude, unruly monsters that he had to deal with growing up.

So, when Lawrence heard his wife getting mad at the kids, he identified with the kids and they were all helpless victims of cruel caretakers. But when the kids irritated him, he switched to being the monster, while at the same time, feeling cruelly treated by his kids (who had now taken on the persona of his cold and indifferent mother, not doing her job!). When his kids wanted to play with him and be close, he would distance himself, just as his mother had distanced herself from him when he was younger.

No matter how much Lawrence disowned his brutal father and his icy mother, he acted like them. It was as if he were hijacked by those hated parts he disowned and now they took him over with a vengeance. Eventually he became disgusted with himself and worked out his issues with his parents in individual counseling. We did a lot of work on family of origin issues and strengthened his sense of self so that he didn’t have switch from brutish parent to helpless child any more. He learned to tune into his own feelings in the real world, in real time and speak them. How? By developing an eye and ear for his authentic self in individual counseling that supported, nurtured and validated his growth into a mature adult that could tolerate his past, amalgamate it into his story, but choose his own path. He also benefited from parenting counseling so that he discovered a new and more realistic view of what is ‘normal’ in parental expectations.

Speak up for yourself if you want healthy relationships