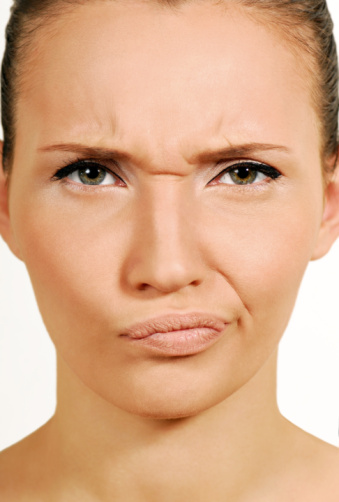 Do you automatically brush away your partner’s promises to do chores or specific tasks with suspicion, thinking that it will never happen? Do you doubt your partner’s sincerity when they apologize, suspecting that they are just saying the right words, but don’t really mean it?

Maybe you anticipate that you will have to do all the jobs your partner does over again because they won’t do it right or in a timely fashion. You are suspicious of their intentions and capabilities and that makes it hard for you to trust. It puts you on guard, watching for the next mistake or broken promise that will become your problem to handle. It’s not easy to have a loving and open connection when you are in this state, is it?

Our couple Rachel and Byron’s relationship was rife with suspicion on both sides. As a result they lived in a constant state of emotional tension which effected their son and family life. Here is one example of how their mutual suspicions knocked their confidence and threatened the basic emotional safety in their relationship.

As Rachel got ready to leave for a three day conference for work, Byron assured her that he would handle taking their son Nathan to school, do his lunches and make sure homework was done in a timely fashion. Rachel’s long face, frowning and avoiding eye contact was immediately experienced by Byron as her doubting his word. He also felt that she didn’t believe he was capable of being a good father. He was right! Rachel’s mind raced with thoughts of him not caring whether their son was at school on time and feeding him junk food for lunch and dinner. She imagined that Nathan would be allowed to stay up late and watch TV, getting away with not doing homework.

How do you think Byron felt while Rachel was away? He was very hurt and angry that his wife had no faith in him, and expected him to mess up. It echoed all those times when him father told him he’d never make the basketball team; he’d never graduate from high school or be as productive as his brother. His mother tried to make him feel better but Byron felt that she didn’t really believe in him either. Her words were just that – words, with no genuine confidence in him. He learned to ignore his mother’s limp attempts at comforting him, because it just made things worse.

He cared deeply about being a good father, and enjoyed taking his son to school on time, doing  homework and making dinner together. It was a wonderful time, because Nathan trusted him to do his job as well as enjoy playing with him. They formed a good unit of respect, safety and security with an easy connection obvious to anyone looking on. Yet when Rachel returned, her antenna was set to look for signs to prove that Byron had been a lax and bad father. Instead of hugging her husband and son, telling them how much she missed them, her eyes darted around to look for messy clothes, dirty kitchen, homework not completed, and so on. Later she began checking up on Byron by asking her son whether dad had got him to school on time; what his father had given him for lunch and their dinner fare. She put her son in the awkward positon of telling tales on his dad. She expected to take on the role of ‘bad cop’ because her husband must have played the ‘good cop’ during her absence.

Disappointed, feeling mistrusted and unseen, Byron’s hackles rose with irritation toward Rachel. The vision he had been nurturing of her coming home and seeing how well he had taken care of Nathan, her eyes lighting up with love and pride in him now turned to anger and hatred. He put his battle armor on, and swatted her away no matter what she did to try and reconnect after she finished complaining about the several things she pounced on. Now he became suspicious of her genuine attempts to regain entry into the tight bond between father and son. 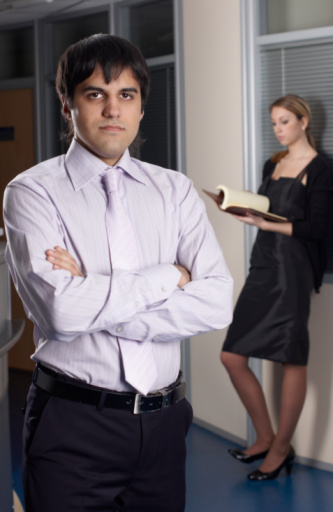 Couples Counseling Issues – dealing with suspicion in the therapy office

After an individual session with me Rachel began to realize that Byron was a good dad, and hadn’t let her or Nathan down. She saw the connection between her suspicious mind that had made Bryon seem just like her dad, who had pretended to be ‘oh so good and capable’, but ended up with a bottle in his hand in front of the television, leaving her to take care of her younger siblings. Her wretched feelings of sadness and repentance fell on Byron’s suspicious ears when she apologized. He didn’t look at her when she spoke from her heart and missed out on all the body language that showed her authenticity. All Byron heard was a half-hearted attempt to do the right thing, but in a dutiful way, without trying to understand his pain and the damage she had inflicted on him. Basically he was channeling his mother when she had tried to make amends for his father’s degrading comments.

Tears fell down her cheeks when Byron’s aloofness and suspicious attitude killed her heartfelt apology dead. But Byron wouldn’t soften, and talked about her crocodile tears as a ploy to make him let down his guard, believe her and then get stung again.

After showing the couple how their mutual suspicion colored their interactions in a negative dismissive manner, I gave each of them strategies that would make them zero in on the evidence of the moment and react accordingly.

I guided and coached Byron in the therapy session to look at Rachel’s open body posture, her face showing concern and repentance, her eyes focused on his face, looking for a sign of acceptance and willingness to make reparation.

Then I invited him to check in with his own body and note that the first time when he was suspicious, his body was on high alert with a pounding heart, dry mouth and knotted stomach. But once he saw that Rachel really meant to understand the wounds she had inflicted, his body signals calmed down, so that he no longer needed to prepare for attack and defense.

He allowed Rachel to hold his hand and tell him that she got how awful it was to feel that his wife didn’t have faith in, sending him into a spiral of pain and a need to prove otherwise.

Once Byron understood that Rachel was channeling her dad who had promised but never made good, I helped him express his sadness and disappointment that she couldn’t tell the difference between her husband and father. But with my help he began to break that destructive chain. I suggested that he remind her of three things he did yesterday that were things she had overlooked but that made him a responsible and participatory husband and father. Rachel was amazed that these things hadn’t even got on her radar! She had never noticed that he had taken her mother to the doctor, that he had got all the materials for their son’s school project and cleaned out the guttering on the eaves of their roof. She was astounded, and from then on, I encouraged them to practice these steps so that their brains would be rewired to see each other as loving partners instead of those unavailable and emotionally neglectful parents that had hijacked their perceptions of attachment figures.