Home/Intimacy/Why Your Sex Life Doesn’t Work and Three Ways to Revive it!
Previous Next

If you are disappointed and angry that your sex life has gone down the tubes, it may be because you and your partner have put yourselves in roles where sex is forbidden -taboo- a big no no! It’s probably something that isn’t obvious but that has a grip on the relationship, preventing any sex other than one of duty and performance. There are three ways you can get out of the stranglehold and enjoy a fulfilling sex life again.

Jerome and Vivienne see each other as withholding their entitlements, so sex is out!
Jerome couldn’t stand coming home wishing for sex with his partner only to be rebuffed with a ton of excuses that he was well past tolerating. He was angry and gritted his teeth each time Vivienne brushed past him. He was aware of wanting to force the issue but couldn’t live with being a monster. As much as he wanted his ‘rights’ to a frequent sex, he wanted Vivienne to want him even more.

Vivienne also wanted to have a marriage where the sex was a part of the intimacy they shared. But she wanted it to be because she felt like it, not because she had to do her duty.

Each one wants to be the prized orchid

Vivienne wants to be Jerome’s little princess
How could Vivienne want to be sexual with her husband when he put her in a position of ogre? Jerome never seemed to want to share a conversation with her about her feelings or his. That reminded her of her dad. He had always dismissed her as a whiner and never took the trouble to really talk with her and get to know how she operated. The longing for that relationship where she was daddy’s little princess and could do no wrong was very strong. She had never come close to having that with anyone. It seemed possible when she first met Jerome. He seemed interested and glad to do things for her. He seemed happy to take care of her then. Now it was a chore that he either did in a passive aggressive way or wanting something in return.

Jerome wants to be Vivienne’s little prince
Jerome hated hearing Vivienne’s thoughts and feelings about their marriage, money problems or her health. He didn’t know what to do about it anyway, and felt unfairly burdened by her talk. What he wanted was to be Vivienne’s little prince. That was what he had dreamed of all his life. That was his escape from a life of put downs and blame for his father’s bad feelings, or his mother’s tears of helplessness. He heard Vivienne’s experience of their life together just an accusation, exactly as he had felt when his helpless mother and dismissive father constantly put him down and made him feel that he was the cause of their unhappiness.

It wasn’t like that when they first met. At that time she was starving for affection and physical closeness. She couldn’t get enough. He had felt desired beyond anything he could have imagined, and thought his wishes had all come true.

Jerome and Vivienne put each other in parental roles
Jerome looked to Vivienne for approval and recognition, for pride and self-esteem. If he didn’t get it, she was a mean authority figure. If he did get it occasionally she was a good caretaker. Jerome put her in the role of parent.

Vivienne wanted to be taken seriously, given time and attention over and above everything else. She put Jerome in the position of a parent who either made her feel like a nuisance or as a child who never did the right thing to win the love of her caretaker.

If you put your partner in the role of parent, the sex won’t work

Sex with parents is forbidden in our society, for good reason. If it happens we are sickened, we see it as abuse and a punishable offense. We are disgusted by it and either hide it, or develop hateful relationships with the transgressors of that important norm. It is inbuilt in us humans that we do not have sexual contact with those who gave us life.

Jerome and Vivienne were operating on that taboo. They put each other in parental roles, so how could they have sex as equal partners? They did it out of duty or sufferance, a burden to an authority figure or a ‘right’ to be owned and operated. Their relationship was based on raw and unprocessed, unfinished business with their own natural parents, played out miserably in their marriage. 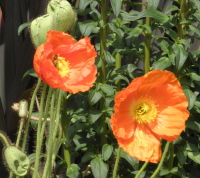 So how can Jerome and Vivienne enjoy sex as two adults in an equal relationship?

Basically, be up front about wanting to be indulged and spoiled. It will remove the burdens of having to play good parent/bad parent roles.

1. Become aware of their need for parenting and own it. Once each of them does this without shame or discomfort, they can get those needs met up front. Then and only then will they have room to relate as equals in a partnership.

2. Spend some time indulging each others need to be prince or princess. If it is done up front, with a full understanding that they recognize the wish to be spoilt and loved to the exclusion of all others, they can enjoy the experience and laugh about it.

Disclaimer: this article is for educational and informational purposes only. There is no liability on the part of Dr. Raymond for any reactions you may have when you read the article or when implementing any of the suggestions therein. Interacting with this material does not constitute a therapeutic relationship with Dr. Raymond.