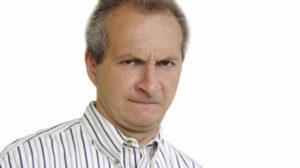 Thick skinned Narcissist feature 1 – idealizing you and then devaluing you

Marco, a thirty-five year old manager of an independently run gym was determined to get the best Yelp rankings in the region. He was wooed by Guy, a top notch social media expert, and fell for it hook, line and sinker. Put on a pedestal and idealized, Guy was the man with the magic touch who got top position for the gym. Marco was effusive with praise and gave Guy a bonus. But inevitably, the rankings dipped – the drop in rankings penetrated the thick skinned narcissistic armor that Marco relied on. He couldn’t tolerate the experience of being imperfect, and turned his fury on Guy. He transferred his feeling of inferiority to Guy, devaluing and dehumanizing him with debasing biting insults that would hurt him deeply. Evacuating his feeling of not being good enough when his company rankings dipped, thick skinned narcissist Marco turned the sword forcefully onto Guy. It wasn’t Marco and his company that were not good enough, but Guy who was trash, thrown out on his ear. Pushing his sense of inadequacy onto Guy meant that Marco could maintain his thick skin and promote himself and his company with a loud fanfare.

Colleagues and patrons were fed with a diet of constant bragging from Marco in his gym. He’d walk around talking about how great he was at lifting weights, and how no one had beaten his record on the rowing machine.  He could do everything easily because he was a special and unique. Talking himself up in a grandiose way made sure that he kept his layers of thick skin on securely, to protect his frail and weak sense of self. He had to talk and act ‘big’ so he could cover up his doubts and fears of being incompetent.

At home Marco constantly demeaned his wife about her role as a mother and homemaker. He‘d make rude comments about her cooking and say he was the best cook on both sides of the family! If she tidied the closets he’d criticize her effort and claim that his organizational ability was fantastic and unsurpassed. Putting her down and puffing himself up added more layers of skin to his thick skinned narcissism, protecting him from the fear of incompetence. 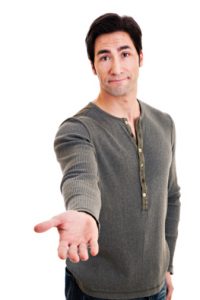 Attractive man collecting his due

Marco lived in a bubble where he believed that he was adored because he was special, exemplary and, praise worthy. He was entitled to blind loyalty and adulation because of his natural talents that others needed to acknowledge, and be grateful for. When his wife disagreed about the best school for the kids or who should do the catering for their daughter’s birthday party, Marco experienced it as a threat to his mind, his way of thinking and making decisions – So his thick skinned narcissism deflected the disagreement by retaliating with a sense of righteous indignation – “I bought you a diamond bracelet and this is how you repay me?” He turned his lack of validation into a piercing dart of guilt onto his wife, demeaning her right to have her own opinion and exercise it.

Making of the Thick Skinned Narcissist

An experience of harsh criticism and judgement in early childhood is often the basis for the development of a thick skinned narcissist. When a young child is attempting to learn about the world and his or her own prowess, abilities and skills it’s crucially important that the family of origin encourage and praise the attempts of the child, irrespective of the outcome. When parents and care givers are only concerned about outcome and performance the child is left to feel inadequate and incompetent because they aren’t validated for their experimental and creative spirit and actions. The child is left feeling inadequate and incompetent and ashamed of it. When parents then punish the child for being original rather than conforming to the outcomes they expect, the child is torn between wanting and needing the care of his or her parents and therefore being false to themselves;  and losing the security but being authentic to themselves. The child chooses the former to have security but at a price. They grow up with a belief that they don’t have what it takes to be okay as they are in the world, and so cover it up by borrowing or stealing the good attributes of others. They wrap themselves up in thick skins of what belongs to others – “My lasagna was better than everything else at the pot luck!”

Thick skinned narcissists live in a tortured world of insecurity and inadequacy, grabbing and keeping the positive attributes of others to cover up their emptiness and lack of self-worth and avoid shame. Using their borrowed goodness, they make others’ bad so that they can bask in the positive limelight.

Like all other types of narcissists, thick skinned narcissists don’t think there is anything wrong with their way of being in the world, and rarely seek therapy. But there comes a point when the source of their adoration and ebbs away, and they can’t get away with using bogey men. That’s when they might do themselves a favor and attend individual counseling so that they get the validation they missed out on as children, and feel good about themselves without needing to suck it out of other people.

Are you Losing Loved Ones Because of Anger?