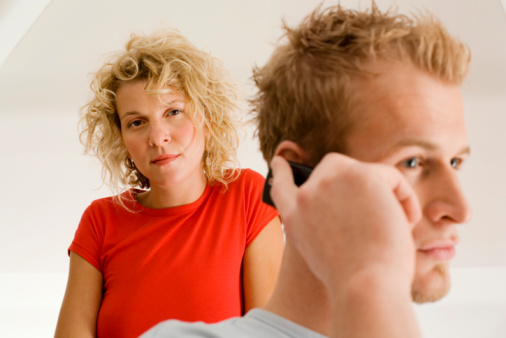 Kodi put his legs up and switched on the television. Checking out of his life by jumping into a hilarious reality show was just what the doctor ordered. Two minutes later Cianna sat by him and asked how he fared in his Engineering seminar.

” It was fine.” Kodi replied to shut it down.

” Did you ask about working on the new software programs for the hospital ?” Cianna said trying to engage her partner.

Kodi is enraged by his wife’s questions

” Why are you checking up on me? You must think I’m an idiot! You just don’t believe I can handle this do you?” Kodi responded, irritated and upset at her insinuations.

” You never tell me anything unless I pry it out of you. I want to know what goes on in your life, because I’m your partner.” Cianna reacted with indignation.

” You treat me like a child, always asking me if I did something or how I did it. I don’t have to be accountable to you. You’re not my mother!” Kodi roared as he tried to retain a modicum of ownership over his own life.

Cianna feels shut out and deprived

Each time Kodi denied access to his thoughts and feeling Cianna felt another nail being hammered into the coffin of their marriage. She wanted to know when he was upset so she could comfort him. She needed to discover what he longed for so she could satisfy his desires. It was vital that she knew what was bothering him so she could help solve his problems. If she could make him happy then she could be secure in the relationship.

Hope that she would ever be privy to his inner world wore thin. She experienced the same dismay that flooded her when she had tried and failed to get inside her father’s head. Her desperate need to know was met with an inscrutable demeanor. She was repeatedly deprived of ever reaching the promised land. Now she was faced with a husband who did the same thing, only more forcefully. Heartbroken and hopeless, Cianna wondered whether it was all worth it.

Kodi feels spied upon and judged

Cianna’s questions reached Kodi like unwelcome intrusions. He wasn’t in the mood to answer and didn’t see why he should justify his actions or prove that he was making the right moves. Her questions felt like the critical judgements his mother used to greet him with when he came home from school. She always expected him to make the wrong decision, to act selfishly, to fail at everything and above all to let her down. 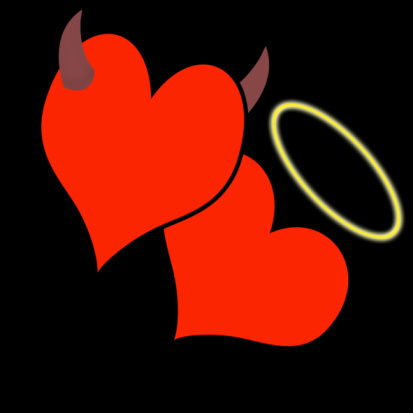 Kodi was primed to hear judgement, put downs and a lack of belief in his good intentions or ability to carry them out. Kodi became so good at anticipating a blow that he made pre-emptive strikes, taking out the good in case it was bad! Cianna’s enquiries pulled the trigger the switch and he fired the shot.

Cianna was primed to knock loudly on the door of her loved one’s mind and be ignored. Years of having the door shut in her face made Cianna read Kodi’s protective shield as a stubborn refusal to let her share his experiences. Years of being put down made Kodi read Cianna’s questions as implied criticism. They fell into the trap of making one of the biggest mistakes in couple communication. Both heard what they expected, not what was actually said or the intent behind it. Both imposed a malevolent outcome on a benign reality. They risk growing apart and missing out on mutual comfort and support.

But I’ve Tried Everything!

Kodi and Cianna came to couples therapy to save their marriage. We discussed the difference between hearing and listening. Kodi claimed that he listened intently. He insisted that Cianna meant to find fault and make him feel bad. He was adamant he had begged, asked nicely and demanded to be respected, without being heard. Cianna was positive that she listened and heard with exquisite accuracy. She knew all too well that the doors to Kodi’s mind were sealed shut. She had tried banging, knocking politely and prying the lock open to no avail.

I invited Kodi to tune into Cianna’s tone of voice, facial expression and body posture when she addressed him. He discovered that it didn’t match the critical voice screaming inside his head. Cianna was invited to express an interest in Kodi’s thoughts and let him decide when and how he chose to share them. They were astonished at the results. The trick was to rely less on their internal history books and more on the evidence of the moment. Kodi now feels like sharing and Cianna enjoys accepting his invitations. Cianna is reassured about the fact that she does have a place inside Kodi’s head, and tries not to infiltrate his space.

There are times when Kodi feels the threat of put downs and raises his guard. Cianna relives moments when she feels banished from her husband’s heart. But they are more likely to check out their experiences of one another rather than assume the intent was evil. Now that they have alternative sources of evidence to consult, they are much more likely to smell the rose without fearing the prick of the thorn in their partner’s response.

Copyright © Jeanette Raymond, Ph.D. All rights reserved.
You might also like
Why you don’t feel understood when your partner says “I understand” – part 1