Parenting an Angry Child – The Three ‘A’s” of Success

Parenting an Angry Child – The Three ‘A’s” of Success

Parenting an Angry Child – The Three ‘A’s of success

Parenting an angry child who can be unpredictable, explosive and overwhelming is one of the toughest jobs ever. To be scared of your own child who seems threatening,  sets up a massive rush of adrenaline in you the parent – just as your child is experiencing an enormous wash of adrenaline too.

Do you fight and try to subdue your resisting child, or do you attempt to lower the temperature and hope your raging child will come down and be the kid that you can feel safe enough to hold, soothe and love again?

Parenting an angry child who has continuous explosions of rage brings up all sorts of uncomfortable emotions for you as the parent: 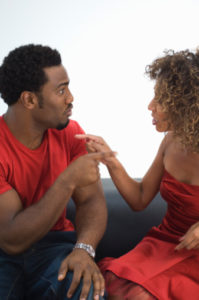 Tobias, a 37-year-old renovator grew up in an environment with a father who was often drunk, angry and aggressive. Tobias watched his drunken enraged father try to exert power over his wife and when she cowered, he exploded on the kids by throwing things while cursing them out. Tobias’s survival mechanism was to freeze, to wait for the explosion to be over and then feel the shock later. It was traumatizing each time and it was never spoken of. There was no attempt to process the experience of anyone involved. The lack of exploration of feelings of both perpetrator and victim meant that the experience for Tobias was locked into his emotional DNA as a threat from someone who is supposed to look after you!

Tobias became an angry child; except he didn’t lash out or explode out in the world – he numbed it by doing physical activities like carpentry and sports. Until his 4-year-old son Felix began to have bouts of loud screaming, breaking whatever was near him, hitting and kicking his mother who tried to contain him, and pushing his little sister to grab her toys. 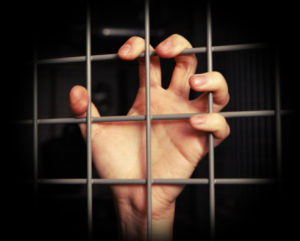 Felix’s rage filled tantrums took Tobias back in time. Felix was now his drunken aggressive father, and Tobias had to survive. He wanted to use his adult body to intimated Felix. Every fiber of his being was in for parenting an angry child by squeezing the life of its body – and he knew he could – in an instant – if he wanted to – it wouldn’t take much because he was bigger and stronger than Felix. The tension was immensely stressful. But he didn’t want to harm his flesh and blood. Parenting an angry child in the way his father parented him was disgusting. So he yelled and verbally threatened – enough to scare Felix into a less destructive place.

Parenting an angry child can dehumanize both parent and child

He was as much in fight-or-flight mode as Felix was – they were both warriors till one or other capitulated.

Parenting an angry child that brings connection rather than confrontation

When you are scared of your child’s anger can harm family members it’s impossible to consider that the rage is a product of existential threat from insecurity, and a failure to be attended to in that place.

But, believe me, your child is making a heroic effort to make you feel their pain so that you will become curious and take steps to

A child like Felix who doesn’t feel adequately tuned into becomes unsettled inside. Felix tries to show that he is not okay by expressing boredom; agitation, clinginess, whining, putting things out of place and turning things on and off in their immediate surroundings. Felix is trying to unsettle you the parent, so that you get the message – he is unsettled. He doesn’t know why or what to do. He is too young to manage by himself as he doesn’t have the mental apparatus to perform these mental gymnastics.

Parenting an angry child involves naming the Feelings: Felix needs his parents to tune into his low level agitation and name it – put words to what he might be feeling – rather than tell him to stop or nag him to do as he’s told. Naming his agitation or unease gives him an anchor so that he is moored. Felix feels safer and doesn’t have to escalate by becoming louder and more destructive. Otherwise he may get depressed, regress and develop self-harm behaviors.

Think how quickly you relax when your partner, friend, sibling, or colleague acknowledges your efforts, your qualities and your value. That’s what Felix needs when he feels upside down and rootless.

Parenting an angry child involves assuring Felix that you don’t see him as an evil monster who is ruining your life, even if that is your predominant feeling in the moment. To Felix you feel that all the time. To you, it’s a momentary experience that ebbs when Felix is his cute, lively, smart self.

Felix needs you to give him a scaffold made of statements that you love him and remember the clever, adorable, kind and thoughtful boy he usually is. That framework will turn him right side up regulate his turbulent emotions. Felix will feel worthy and won’t need to keep up the rage and destruction.

Accept and recall the sweeter side of your child

You as a parent want to be accepted in all your messy bits as well as your more skillful parts. So does Felix. The moment when he is raging and potentially destructive is when he feels nasty, ugly and distasteful inside. He can’t accept himself, and needs you to accept that he is having a devastating sense of insecurity and lack of self-worth – but that you can accept his outlandish and scary behavior because you have memories of his sweet self because he has no connection to it at that time.

Parenting an angry child means reuniting Felix with his other good parts and loving all of it, and then later when he is calm and accepts your embrace, you can talk about different ways of showing his distress. You can also own up to the fact that when he tries to show it in the early stages you may not be recognizing it. That’s your chance to parent an angry child by openly naming the early feelings of angst and how best to get your reassurance in those moments. Continuous processing of unease in all family members together helps avert explosions and fear of each other in families.

Family therapy is a good idea so that there is a chance for everyone to feel heard and seen in their most vulnerable and insecure moments. Couples therapy that focuses on co-parenting can ease the guilt, shame and fear of being being a bad parent.

Are you Covering up the Sadness of Being a Bad Parent with Anger?