Home/Blog, Dreams/How to use your dreams to benefit your waking life
Previous Next 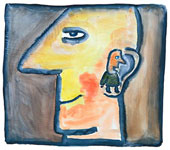 Messages From Your Unconscious

Do you wake up puzzled by the same weird dream over and over again? Does the dream seems to come out of the blue, unrelated to your current circumstances and make no sense at all? Are you left with lingering images and sensations that interfere with your mood? Recurrent dreams can be quite disturbing. They are powerful messages from your unconscious urging you to pay attention to some aspect of your life that can no longer be ignored.

Thirty-six year old Brandon’s life began the day he got his realtors license three years ago. Everything in life was wonderful except for this strange dream that kept interfering with his happiness. In the dreams he was back at the dental clinic subbing during staff shortages. Brandon couldn’t understand why he was dreaming about a job he hated, never gave a second thought to, and had run away from to become a realtor.

Unsettled by the persistent regularity of this unwelcome dream, Brandon consulted me on this mystery. We discovered that Brandon had some unfinished business back in that clinic. Brandon choked up as he recalled leaving abruptly, without any marker of this huge transition. This was the first time he felt the wrench that he had anesthetized himself against for so long. He had walked away from his title as a doctor of dentistry, become estranged from his colleagues who had been like family, and given up working with his hands, a skill he had honed to perfection. He had treated these aspects of himself as if they were irritating particles of flaky skin.

The Dream Does It’s Job

After his surprise emotional reaction to the sharing of the dream, Brandon returned to the clinic. He found the corpse of his previous life, and gave it a decent burial with all the funeral rites it deserved. He celebrated the dead person rather than pretend it had never lived. Now he was free to return to the land of the living. The dream had done it’s job. It never returned.

If Only I Had Known!

Ever had that “if only I had known” feeling? Dreams that come over and over again may be trying to give you a heads up about something serious that is going to happen in your life. Maureen an event organizer for a non-profit agency had been doing the job of eight people for quite some time. She never asked for help despite being constantly overwhelmed. Nor did she seek treatment for the cataracts that were compromising her eye sight. A perplexing dream made her take a couple hours out of her schedule to consult with me. 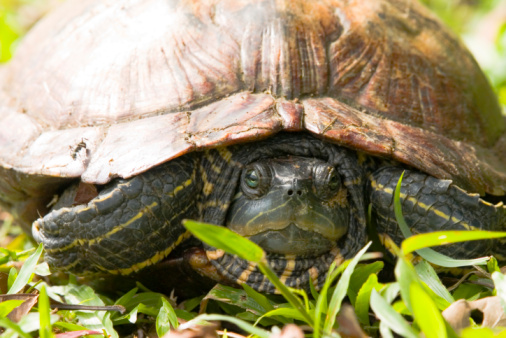 Maureen ignored her dream, crawled back into her shell and made herself sick!

Maureen’s Dilemma Shows Itself In Her Dream

In her dream Maureen assisted a man with voter registration. He had to study for a test by 9:00 p.m. that night in order to qualify- an impossible task. He insisted on voting locally although he was planning to go abroad. Maureen felt frustrated with this ridiculous request. Her bosses told her the man could register in the morning if she signed off on his study requirements. She didn’t want to lie and felt trapped by this dilemma.

The dream precisely depicted Maureen’s conflict. The man in the dream represented the dichotomy within Maureen that she had ignored, the wish to work and the desire to play. She had focused only on work. Her dream came to remind her that both are necessary for wholesome living. The odd number nine suggested something incomplete, and at odds with natural rhythms. The time crunch in the dream was a wake up call urging Maureen to stop ‘signing off’ on her one track path in life. She needed to ‘register’ this challenge and cast her vote for a balanced existence, before her cataracts blinded her to the joys of a full life.

Maureen Ignores Her Warning and Pays The Price

Maureen was moved by the analysis of her dream. She seemed intent on change, but she ignored her dream yet again. A few weeks later I learned that she had become ill and was forced to stop working. How much more drastic will the consequences have to be before she pays attention?

How To Remember Your Dreams

You can use your dreams to gain peace like Brandon, or like Maureen dismiss them at your peril. I hear you saying that you don’t dream or that you don’t remember your dreams. We all dream but we don’t always welcome them with enthusiasm. A participant at one of my dream workshops complained that she could never recall her dreams. I told her to invite her dreams into her conscious world. Four weeks later she attended another workshop. She had so many dreams in her notebook she didn’t know which one to work on first!