Home/stress/What’s acid reflux and swollen ankles telling you about your career path?
Previous Next 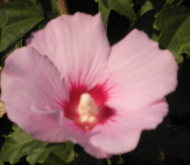 Achieving her goals was a bit too easy for Nadine

Thirty-five year old writer and director Nadine got three clients as soon as she put the word out about her new venture as an acting coach. Her script for a TV show was accepted and she was hired to direct the production. She was amazed at how quickly and effortlessly everything was falling into place.

The only fly in the ointment was the continuous acid reflux, swollen ankles and puffy eyes. She was eating a healthy diet, had good energy and felt accomplished. Why would her body be reacting in this manner?

As soon as Nadine pictured success and happiness she felt the acid reflux in her mouth. The images weren’t all good. She saw her father leaving the family when she was three years old. She saw her mother leaving her alone for hours at a time to fend for herself. She heard her parents voices fighting about whose turn it was to take her, and never once considering her feelings. She recalled having to be the grown up and comfort her mother who was always in a state of panic. She smelled and tasted the fear of being banished from the love of family if she dared speak up about her feelings and wishes.

When things went well in her external world, Nadine’s body went into action big time. Her ankles became heavy with fluid making her feel lethargic. The puffy eyes made her feel ugly. How could she coach, direct and be in the public eye feeling so lousy and looking so freaky? Her excitement and energy turned into a sense of futility and failure. Feeling ugly and sick was a good reason for not hiring a cast and finishing the script changes. Putting off her coaching was necessary because she couldn’t stand for long with the swollen ankles.

Should Nadine go with her success or fail and get sweet revenge?

Success would mean letting her parents get away with treating her badly. It would mean taking them off the hook. Worst of all it would suggest that what they did wasn’t that bad because her life turned out good. Climbing the achievement ladder would mean her parents wouldn’t have to pay for the damage they did to her as a kid. Making a name for herself would mean she would have to give up her vengeful thoughts and her wish to punish them. She wanted them to suffer and own their part in her childhood suffering. Success would rob her of her entitlement to demand an acknowledgment of their wrong doings, punish them and expect restitution.

Thank goodness her body put the brakes on her fast track to success! If fame and fortune could be this quick and easy, she would have to take her parents off the ‘blame hook’ for good. Nadine wasn’t ready to do that. She needed more time as a failure to rub their faces in it. She wanted to prove them bad people even if it meant her demise. Her body came to the rescue and gave her ample reason to halt her progress. Her physical symptoms acted as a protector of her strong and powerful desire to make her parents pay for what they did. It was worth the price.

How should Nadine deal with her conflicting wishes?

While Nadine’s body may protect her vengefulness and boost her sense of power, it acts as a saboteur for her future fulfillment. The war being fought between Nadine’s healthy wish to grow and her need to fail is being won by the saboteur. The saboteur comes disguised in the form of puffy eyes, swollen ankles and acid reflux, to make her roll back her development.

Nadine has a good chance of making a truce with her two battling factions. She can ask herself some important questions that can help her choose and stay on the path to success.

Let’s assume that Nadine doesn’t want to sacrifice her future in the faint hope that her parents will atone. Once she opts for success and fulfillment her body will be released from acting as the proxy for that vengeful part of her psyche. Giving herself permission to flourish and thrive will create an emotional calm and that in turn will create a physical balance. At that time Nadine can begin working on telling her parents about the hurt and anger she has stored up for so long and begin the process of living a full life without having to pardon or forget.