How Stress Induced Pain can Rescue Your Marriage 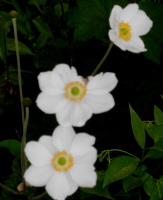 After thirty-five years without being sick, Fabian suffered an infection that just didn’t seem to go away. Several courses of antibiotics had no impact. What was even more unusual was that he was getting headaches and shoulder pain  that was also resistant to pain medication!

Why would healthy vibrant man be unable to fight off an infection?

It was all a mystery to Fabian. How could he, a healthy forty year old adult come down with an infection so suddenly and for so long? He was normally full of energy, eager to start the day and staying up late to read and pack the hours with good stuff. He loved playing with his son and working in the garden. He was able to manage several tiers of employees as a top level manager and still find time to research the lives of artists he admired. He sang lullabies to the baby and always found time to support his siblings when they needed him.

Fabian ate a healthy balanced diet. His hygiene was meticulous and he had not been in contact with anyone who had an infection. Even if he was just a bit run down, why had three rounds of antibiotics been unsuccessful in returning him to his former wellness state? Why did he wake up exhausted and why was his energy level so low? Why was his pain so persistent? Why was he experiencing stress with persistent infection?

Weeks, months and years of stress in his marriage took a toll. Fabian had tried hard to be supportive of his wife, just as he was with his siblings. But he never felt that he got the same care in return. Vivian often dismissed his support because it wasn’t tangible in the way she needed. Actions spoke louder than words. Fabian was good with words. So Vivian was usually disappointed and let down. Now Fabian was suffering because his efforts were in vain. He wasn’t able to get Vivian to receive what he had to offer, yet longed for her to offer him the very same thing.

That was the bad news.

The good news was that Fabian’s ongoing infection and pain provoked concern in Vivian about her husband. She asked how he felt, checked in on him and made him feel like he mattered. There was less of the nagging to get things done. Fabian wasn’t faced with Vivian’s disappointed and disapproving face when he couldn’t do things in quite the way or time span she demanded.

It was a relief to Fabian to feel that he was important just for himself rather than for the timely and accurately execution of the jobs she had allocated to him. They actually talked about his condition and his needs. Fabian didn’t feel ashamed or selfish sharing his experience of pain, or his lack of energy from the recurrent infection. Vivian seemed interested in his health and well-being, eager to discuss it and help him feel better.

Vivian loved her husband. She wanted to do whatever it took to help him get better and be available to her as a spouse. She responded to Fabian’s lack of recovery as if it were a threat to her future. Fear put her into over drive and showed her care and love by asking about his body, and how it felt. 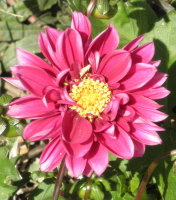 Fabian responded to Vivian’s physical care like the flower opening to the warmth of the sun!

Fabian adapted to what care was available

Fabian would have preferred to be cared for in terms of how he felt as a person, not a body. But if that’s all he could get, then he would take it and enjoy it, even if he had to suffer physically to get it.

That’s why the infection persisted.

That’s why the pain medication wasn’t effective for more than a couple of hours and returned with a vengeance.

It kept Vivian focused on Fabian and he lapped up the care.

Vivian was receptive to and responded to physical and tangible actions.

Fabian was receptive to and responded to emotional interactions and connections.

The mismatch meant that a compromise had to be found if both were to give and receive. Illness and lack of recovery provided that compromise.

Finding a less serious way of connecting would be worth chasing. It takes a willingness to empathize, understand and widen the picture of what care and the criteria by which each partner judges it.