After a relaxing weekend, thirty-three year old Daniel hated when he felt that feeling in the pit of his stomach, reminding him that a new week was about to begin. He enjoyed his two-days-a-week off so much that the transition was painful and anxiety provoking. The thought of leaving his ‘treasure island’ and re-entering the world of reality made him nauseous as he prepared to tear himself away from his personal paradise of ‘do-nothing-and relax’ time.

He had to up date his financial records; getting the flyers and ads out for new listings he had procured for his real estate business and keep appointments with his ten-year-old son Drew’s school meetings. He had to go back to being a robot to get through this week, just like every other.

The only way he could get himself ready for the job was to whip himself into a state of frenzy and panic – imagining the urgency with which he had to attend to the tasks as hand, for if he didn’t – he was a lazy, useless, unproductive, undeserving layabout! 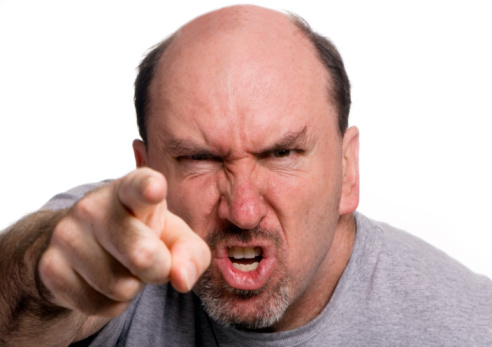 That self-critical voice raised its volume and began pounding Daniel with guilt.

He was bad for doing nothing and enjoying it! He should be ashamed of himself letting so many important jobs stay undone. He needed to make up for it in a hurry because he had wasted to much precious time already.

Daniel got himself out of his reverie like a donkey gets up after being lashed unmercifully to do the bidding of its master. This master wanted to punish him for retreating into his care-free bubble and forgetting his duties. This unforgiving, over-active slave driver insisted that Daniel wasn’t going to enjoy any part of his working week as atonement for the two days of rest-and-recreation he had stolen.

He was filled with shame, comparing himself to his hard working parents who rarely took time to rest or play with him and his brother. Their lives were filled with jobs that seemed caring and that Daniel thought he should be grateful for. But he never was! All he wanted was for his parents to spend time with him, enjoying his company and he theirs.

He felt weak and helpless as that self-critical task-master inside him went on and on, louder and louder until Daniel gave in and shut himself out of his paradise. He began to tackle the jobs on his list like a demon, to erase the guilt evoked by his self-critical voice. As he got into the rhythm of his tasks, he detached himself completely from the haven he had just left. While he was on ‘duty,’ being a ‘good boy,’ he wasn’t allowed to have any contact, even in his imagination with his ‘off-time’ paradise. Masochism was the only way to manage his overwhelming anger.

But at the end of his robotic week, when he had paid for his crime of having time off, he melted right back into his precious island where that inner-critic was quiet until just before the next week began. What peace, what joy – heaven!

Until the whole cycle started again!

How Can Daniel Silence His Inner Self-Critic?

Whatever the combination of voices, Daniel has taken ownership and beating himself up with it. So he has to disown that voice and give it back to those it really belonged to.

Doing that involves deciding what his beliefs are about working and playing. Is it okay with him to rest, play, unwind, and switch off? If so, when, how, and in what circumstances?

Allowing himself time each day to rest and switch off will alter that punitive swing of the pendulum threatening him into action with shame and guilt. Having something to enjoy each day makes the working week bearable and balanced.

Focusing on what he is doing and has done at a time of recreation quietens the self-critical voice until it disappears. Getting in touch with your own natural rhythms liberates Daniel from shame and guilt.

Now Daniel can face any day with energy and positive anticipation. He doesn’t have to browbeat himself through his self-critical voice, because it has been quietened. In time, that voice becomes more validating, giving him permission to be himself and approve of it.

Do you numb yourself in order to manage your angry outbursts, only to have them explode later on?