Paul’s heart filled with pride as his year end performance review glowed with positive and encouraging feedback. His heart sank to his boots when the expected raise didn’t materialize. The praise and recognition that made him feel validated turned into a silent, choking, disappointing rage of betrayal.

Shock and disbelief made Paul behave go through the day snapping at his colleagues, impatient with customers and dismissive with his wife and child when he got home. What was the point of all the overtime, taking on extra work, and covering for others? Why had he bothered to take classes and do exams to get certified at a level that enhanced the software company’s credibility and marketing potential?

Paul began to recall all the times his boss gave him signs that his efforts were being noticed and would be rewarded at the appropriate time. Was that a dream? Did he misread the signals? How could he be so easily fobbed off with a few sweet words?

Work became a burden. Paul lost all interest in his job and isolated himself from everyone else. If they treated him as if he were expendable, then that’s exactly what he would make himself – a mere cog in the wheel! His anger created a wall around him that no one could penetrate. If he wasn’t good enough to get the raise he believed he was promised then he wasn’t going to give them anymore of himself than he had to. 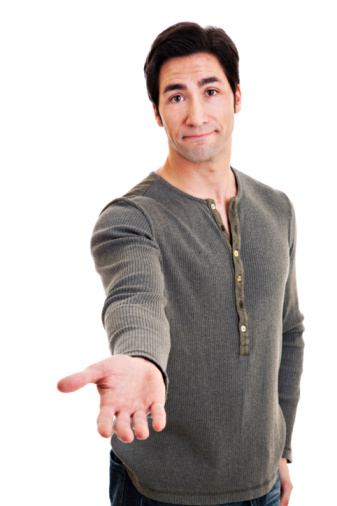 Fury at his boss made Paul a mean demanding husband

Paul took his bitter resentful protest out on his wife. Paul made her pay for the mistake of his boss, demanding that his wife read his mind, and do everything to make up for his disappointing experience at work. She refused to play the game and made Paul even madder. Now no one was giving him what he deserved and he was furious, frustrated, sad and afraid that he was never going to get what he was entitled to in any area of his life – no matter how much he did his part.

How Should Paul Use His Angry Energy?

Anger sets off a slew of physiological reactions in the body that prepare it to fight for survival. From stress hormones to increased blood flow in certain regions of the brain, anger acts as a fuel, providing the energy that motivates you to act in your own best interests. How you decide to use that energy determines whether you have a positive or negative outcome.

The energy produced by the rage at not getting his fair share of goodies motivated Paul to do something different. Instead of just using up his energy in the gym he decided to make sure he was never blindsided again. Isolated and left to stew in his own juices, he realized that no one was going to come to his rescue and cajole him back into relationships.

Paul used the potent energy of anger to stop feeling sorry for himself, be proactive and fight for himself. Instead of wishing and hoping in vain that his boss, his colleagues and wife would sympathize and make amends, he chose to work on using the massive amounts of energy he felt to empower himself. 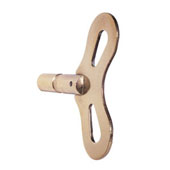 Using anger as a positive source of empowerment

Once Paul put himself in the driving seat he began to understand that he had let his magical wishes interfere with his participation in life. Paul figured out that his assumptions about raises and promotions were just that – assumptions that he believed were identical to the thoughts of his boss – as if there were only one mind involved in this process. He learned that he has to check things out and correct false assumptions on both sides. He discovered that he has to be actively involved in ensuring his success. The overwhelming energy from anger when his hopes were shattered brought Paul to his senses.

Five ways for Paul to use angry energy to empower himself

1. Paul can use his anger as motivation to clearly express his wishes and expectations.

Benefit: taking his share of the responsibility for his future by reducing uncertainty.

2. He can ensure that he gets a clear idea of what rewards his boss has in mind at the outset, and negotiate on his own behalf.

Benefit: solid information that takes him away from victim hood to proactive mastery.

3. Paul can make sure his boss is aware of his achievements instead of hoping they will be noticed, and be devastated when they go unseen.

Benefit: certainty that his boss recognizes Paul’s value, with increased likelihood that he is compensated accordingly.

4. He can discuss reward options when he covers for his colleagues or does extra shifts, such as time off, alternating shifts, money etc.

Benefit exercising autonomy rewires the brain making it more likely that he will engage in using anger beneficially rather than as a downward spiral of protest and negativity.

5. Paul can ask for monthly and quarterly projections of tasks and decide whether the incentives to take part in extra work are worth it to him.

Benefit: taking an active part in the decision making process in advance makes the consequences more satisfying and frees him up to have a healthy and satisfying relationship with his wife.

Paul no longer waits to see whether people in his life will “see” how great he is and magically reward him. He makes sure he tells and shows them what he wants them to know, and what he expects from them. It took the energy of intense anger and frustration to motivate him into actively shaping his life for the better. The rewards are consistent, sustained and very fulfilling.