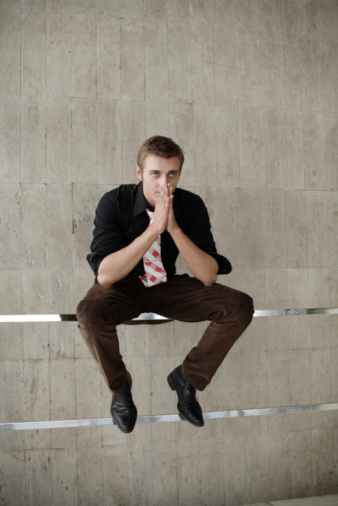 After a great deal of doubt and uncertainty about choosing the right woman to marry, Damien finally married his fiancé. He felt peaceful and solid. The pendulum that swung between his attachment towards his mother and that toward Leila kept still. Working on the dream images about the day of his execution and that of the alligator had soothed his conflicted soul and allowed him to make the choice that had been so stressful.

The first few weeks of marriage were good. The couple settled into a routine as he went back to work and Leila became a home maker. He enjoyed being welcomed home with a nice meal. Talking to his mate about his challenges at the lab where he worked was relieving. Having company watching TV and a warm receptive body next to him at night was comforting.

But three months into the marriage, Damien found himself wanting to do his own thing after the evening meal.

He went back to doing the solitary things he used to do before he got married. Leila read books about married life and fed him information about what couples should do at certain points in their marriage – such as have sex three to four times a week in their first six months together. They were supposed go out with other couples twice a week, and visit in-laws at least once a month.

Damien and Leila operated on rules rather than on what they spontaneously felt and wanted. He became restless and started looking outside the relationship for stimulation and fulfillment. He wanted to learn more about money, cosmology and geophysics. The joy he first felt on going home after work dissipated, and he was hungry for something else.

Until he had this dream and we worked on it in his therapy.

“I was on a scooter following two policemen up a mountain. My scooter was semi motorized and half the foot type one.  At the top of the mountain was this big building. It was like a business building, rectangular with several floors. It was black. When I got there I was in a black suit. I went in for an interview. I thought there would be just a few others but the hall was full of people and they were looking at me. I was given an assignment. I had a syringe in a black bag. It had medicine in it but I didn’t know that. I was told to go out into the forest around the building and find the medication that needed to go in the syringe. I was out there for 4 hours and couldn’t find anything, Then I thought I found it and went back inside the building. The interview was over. I was told I had failed, because the medication was already in the syringe and I should have known that.” 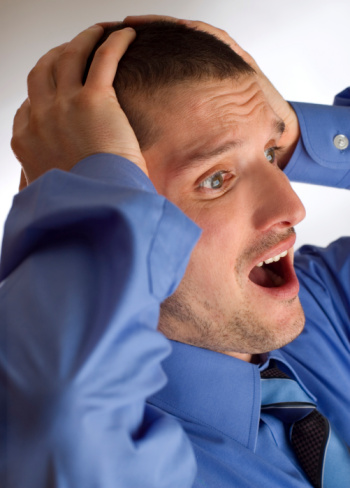 Damien was shocked as he told me his dream.

He couldn’t get over the fact that he had lost an important opportunity because he didn’t realize that he “already had the answer.” We likened this to his experience of the marriage – that he saw it as a job that needed doing, without realizing that it was already done and all he had to do was recognize it and use it to feed his soul, but, that he didn’t trust himself.

Similarly he and his wife sought rules about how they should conduct their marriage so that they were within the bounds of normality as if they had no sense of it in their bones. No wonder it wasn’t working! There was no juice in the books his wife read or in the cosmos he was chasing for answers to personal contentment. The dream demonstrated that he already possessed the things that were potentially fulfilling – all he had to do was recognize it, develop the emotional desire to see it, trust it and use it.

The color black is a prominent feature in the dream – his black suit, and the black building, showing how everything on the outside is black. He is unable to see his authentic self through his black suit. Nor can he see through to the real workings of the building (a representation of him that is rule bound with the rectangular hard angled exterior) because it is black. The dream illuminates his insides – showing  him that he has a reliable core, despite past bad experiences – it’s okay to trust his instincts and his desires, his intuition and his beliefs.

He didn’t need to climb a hill follow two policemen to motivate him into being whatever his fate had in store. That suggests that he is now ready to give up depending on parental figures (the policeman). He didn’t need to be his own judge and jury like the people interviewing and judging him. He had already made it.

The scooter he drove was part manual and part motorized indicating that Damien was partially on the way to automating his way of operating in the world, making it less burdensome – trusting that the machine would work.  TRUST in his core self was the issue at stake and he came face to face with it in this dream.

Damien is learning to trust his gut in his waking life, but he is struggling with being an emotional intimacy with his wife. The next dream will bring that drama on stage..