Home/Blog, Dreams/Your dreams can tell you whether to keep trying to make things work with your family
Previous Next

Donna was heartbroken that all the time and energy she had devoted to building a relationship with her father seemed to end in tatters. Now she was angry and no longer willing to do anything to please him, just to stay on his radar.

She didn’t want to lose him completely either. She had a dilemma that troubled her. Should she give up on him and move on with her life, or should she just see him occasionally and keep her feelings to herself?

Donna’s Body reacts To The Stress

A week ago they had fallen out. Donna’s feelings were a mess. One part of her wanted to sever the ties altogether and punish him, while another part of her longed for the dad she always hoped to have, the kind of dad her best friend enjoyed. Her feelings were so chaotic that she broke out in a rash, all over her chest and arms, her face and neck. The rash expressed her conflict, the red raw anger that she didn’t know what to do with. 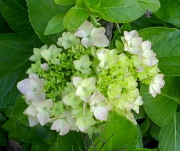 A Dream Comes To Help Donna Solve Her Dilemma

The night before she was to meet her father after their last blow out, Donna dreamt that she bought tons of wax and removed all the hair from her legs, arms and other places. It didn’t hurt and it felt good. The wax was warm, like honey and comforting. It came off without stinging her, making her feel strong.

What Message Is The Dream Giving To Donna?

Body hair is a protective shield. It protects against the cold, and shields the skin from the sun, preventing dehydration and wrinkles. So in her dream Donna was able to remove that protective layer without feeling any sting or pain. She was being shown that she was strong enough to stand up to her father’s stinging remarks, and coldness. She didn’t need to protect herself against him. Nor did she need to protect her father from her rage, disappointment, and hurt.

Making Use of Her Dream

The meeting with her father was not as bad as she had imagined. Donna was able to express some of her feelings without fear of losing her father for good. He didn’t walk away or shut her up. Donna’s dream gave her a wonderful image of strength and power, that no longer had to be a solid ball of anger inside her. Like the wax in her dream, it melted and with it took away the fears that had chained her for so long.

Now she has a better chance of having a more honest relationship with her father, on her own terms.