Home/Blog, Dreams/How your dream reveals your inner terrorist that makes your life hell
Previous Next

Freda’s Dream Of Being Chased by Bloodthirsty Men

The men with beards were after her again. Those men were chasing her, brandishing long knives. They were running after Freda and her children. Freda was desperate to protect her children from this bloodthirsty group. She is scared that she is not going to be able to safeguard her children. Powerless against these violent men Freda feels like a bad and inadequate parent.

Shame and Fear Keep The Dream A Secret

Freda had this dream repeatedly for a long period of time. She always woke up scared. She never told anyone about it. It was kind of shameful that she was having nightmares about being a bad parent. 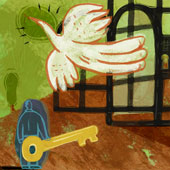 Then Freda came to one of my dream workshops. She told me the dream and drew the scary images on a whiteboard. The sketches showed huge sword like knives with large wide sharp blades used to behead people in mythology and ancient history. The mens beards gave them an aura of wisdom but the fierce righteousness of the religious mullahs of Iran, where Freda had lived as a child. 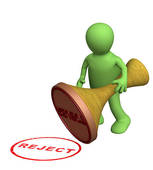 Freda the Daughter is Slashed by her Mother’s Sharp Tongue

For as long as she could remember her mother never had anything good to say about her. Her mother never praised her for her looks, her academic achievements or her marriage. She continued to criticize Freda’s way of bringing up her children, making Freda feel bad. Her mother’s words always cut her with their sharpness, like the knives in her dream. Freda began to speak of herself in equally harsh and critical ways. She saw little to love in herself. She married a man she didn’t love just to feel secure in a relationship, and have children whom she could shower her love on and get love back. The purity of the love between Freda and her children was what kept her going. Freda the woman had all but disappeared. Freda the mother who wanted to be a kind and generous spirit so her kids could grow up with healthy self-images was alive and well.

The Dream Shows Freda Her Dilemma

Threats of attack in the dream represented the assault that Freda felt from her mother’s tongue, trashing her self-esteem and making her feel inadequate. But now Freda has children of her of her own, and she doesn’t want them to have the same experience. She wants to get them away from the cruel demeaning voice of her mother, symbolized by the elderly vicious men in the dream.

The men appeared in her dream to show her that she had taken in her mother’s mean tone and made it her own, by always putting herself down.

Standing Up To The Ogre

In her dream Freda never actually got attacked and nor did her children. The message here is that no matter how powerful the men appear to be, she is safe and can stand up to them. By protecting her children in the dream, she was also protecting the part of her that now needed to stand up to the ogre of a mother in real life and the one that lived inside Freda.

Turning the Power Into a Positive Force

Freda had allowed all her power to be invested in her critical voice, that she adopted from her mother, making her feel no good. Her dream came to tell her that she could use that power differently, to make herself feel good, as a human being, a woman, a wife and a daughter.

A year later I bumped into Freda at a coffee shop. She came over to hug me and thanked me profusely for helping her figure out what her dream meant. She said she never had that dream again, and had taken steps to build firmer boundaries with her mother. She felt good about herself and was more in charge of her life. Her inner voice was so much more loving. She dared to think she was attractive enough to seek relationships outside her immediate family. She started saying yes to invitations to explore her artistic talents and to have fun. She began to enjoy who she was. Her dream scared her into accessing her true self which was a good, kind, gentle and loving person, rather than the demon her mother painted.